Efrain promises to ‘beat up’ Quero at Brave 14 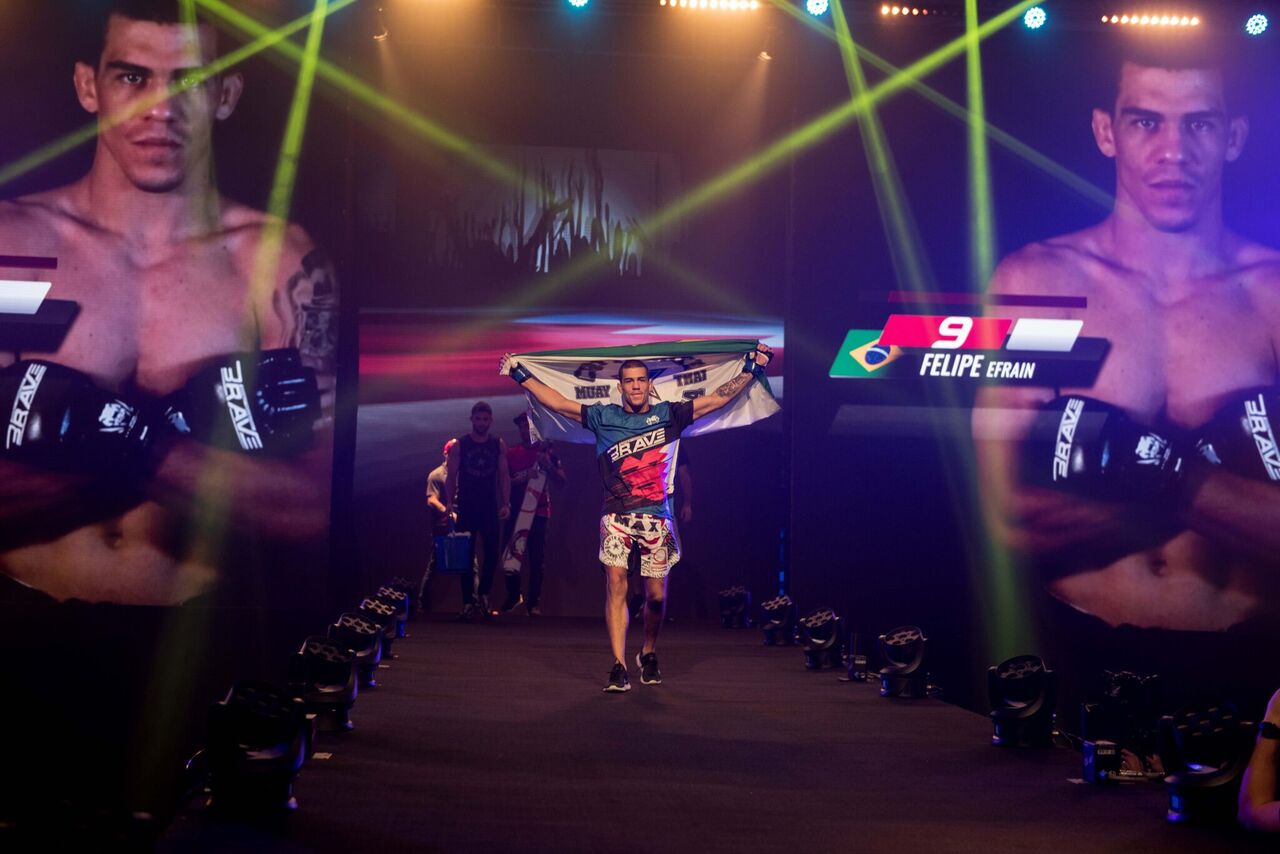 Felipe Efrain has been silent throughout most of his preparation for Brave 14, set for The Omnisports Indoor Club, in Tangier, Morocco, next Saturday. The Brazilian heavy-hitter will take on Frenchman Arnold Quero in the main card and kept to himself while his opponent’s fame grew within Brave fans around the world. However, that all changed once he got to Morocco.
Speaking with selected media days before Brave 14, Efrain promised a beatdown of his opponent and claimed he’s going to look for a quick knockout once the Brave door cage closes behind him on Saturday night so he can fight soon in another card.
“This is my job. I’m going in there to beat him up. I promise he’s going to get beat up. I don’t care who he is, he’s just another man in front of me. It’s great to be fighting in Africa. I want to continue to visit new places and fight in front of Brave fans around the world and I want a quick KO to do that”, says Efrain.
After winning his debut against Brazilian Caio Gregório, “Silverback” Quero said he would like to face another fighter from Brazil next. Efrain promises to make his opponent regret his wish.
“If my countryman wasn’t able to finish the job against him, I will. I will beat him up real bad and make him regret his wishes. I’ll show him it’s not easy to face a Brazilian inside the cage”.