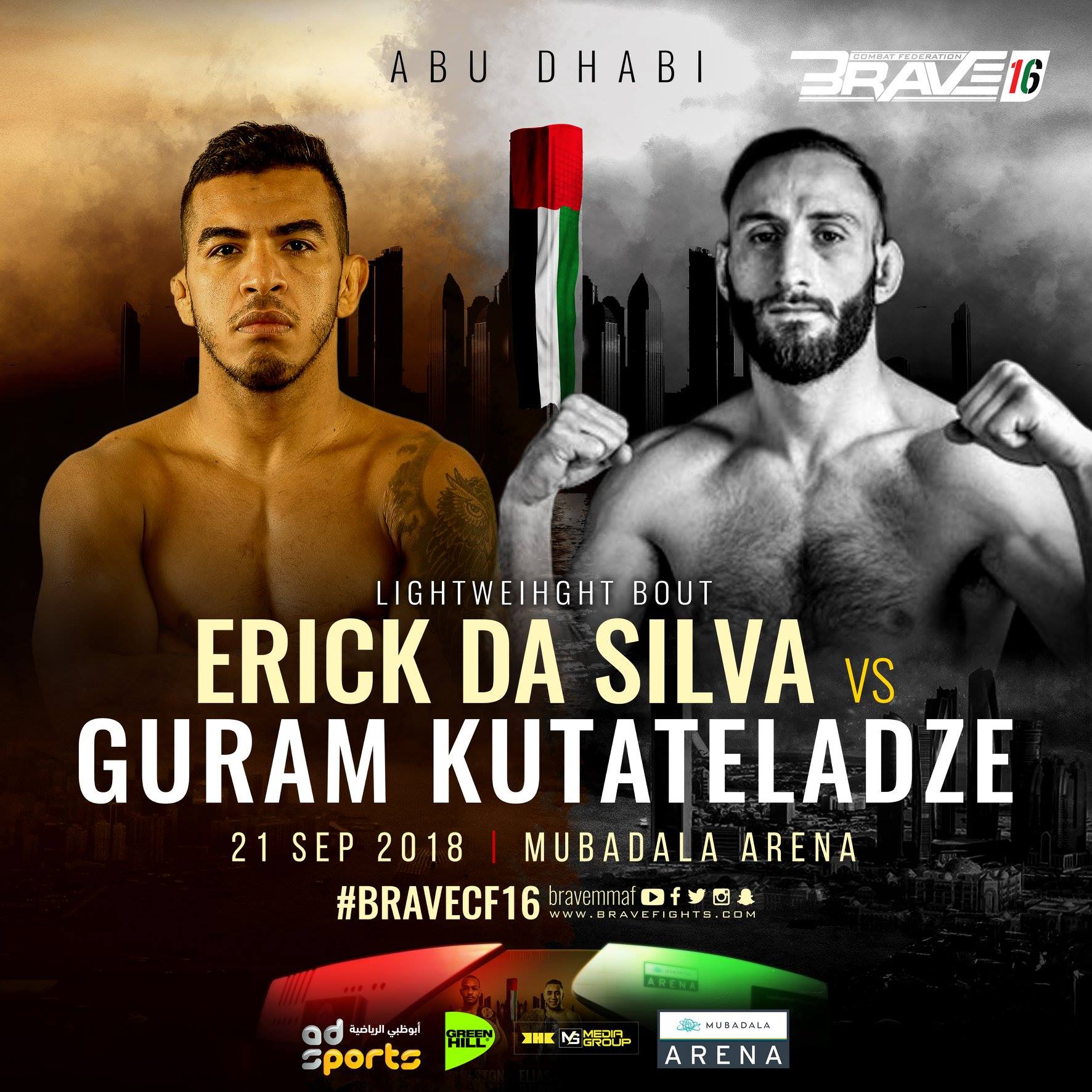 Training at Astra Fight Team, Silva has a record of 22 wins and 5 losses in his professional career making him one among the most experienced fighters in the lightweight division of Brave Combat Federation. In his previous appearance with the promotion which took place during Brave 13 in Belfast, “Indio Brabo” faced Eric Carlsson from Sweden. In the end of three rounds of intense action, Indio Brabo won the bout by unanimous decision.

Guram who trains at All Stars Gym, Stockholm was initially set to face Abdul Kareem Al Selwady. the latest addition to the growing lightweight division of Brave Combat Federation had competed in 10 professional bouts winning 8 of them. Out of his eight victories five of them came by knockouts. The bout will feature the classic stand off between a Brazilian Jiu Jitsu expert and a striker.

Previous articleCleiton “Predator” ready to hunt another victim at Brave 15
Next articleSrisaket Sor Rungvisai on Manny Pacquiao: ‘He is my hero’