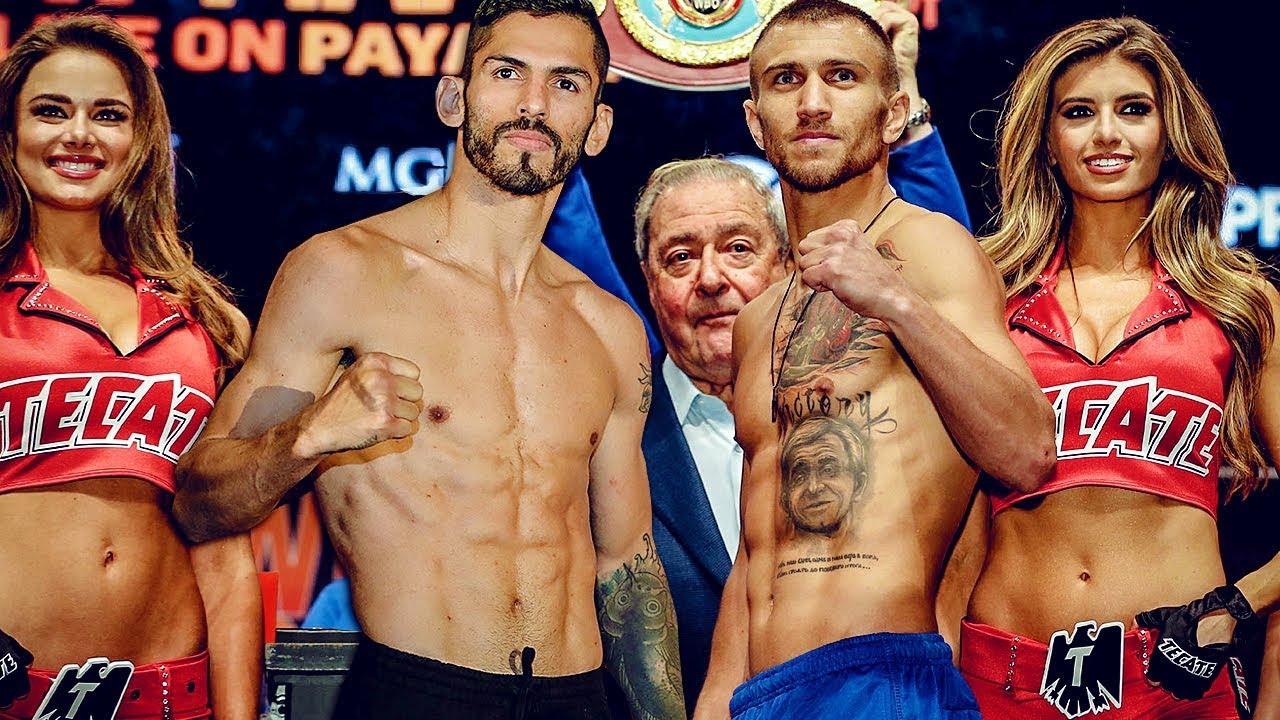 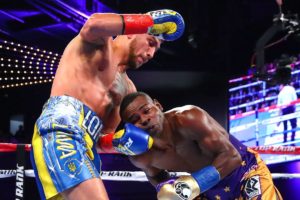 After weeks of back and forth and on again off again talk of a possible bout between Vasyl Lomachenko and WBA lightweight champion Jorge Linares it seems there’s a chance it could be back on again.Last week it was reported the fight was all but dead due to a conflict with the date on behalf of Linares’ American promoter Golden Boy. The proposed date of May 12th is the same day the initial replay of the Canelo Alvarez vs Gennady Golovkin PPV will air likely in conjunction with a live card that is rumored to feature Sadam Ali vs Liam Smith.It’s understandable that Golden Boy wouldn’t want to compete against themselves at the same time on two different networks. Golden Boy President Eric Gomez believes there may be a resolution to this situation after all as they have asked ESPN if they could move up the start time of the Lomachenko/Linares fight to allow both programs to take place on the same day. 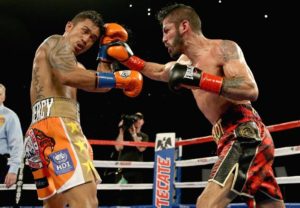 “We have reached out to executives at ESPN to see if they would be willing to move up the start time for the Linares-Lomachenko card so it doesn’t interfere with the HBO telecast, and they told us they are considering it,” Golden Boy president Eric Gomez said on late Wednesday night. “We’re doing our part so that we can try to make this fight. We know it’s a big fight and we want to give the fans the fights that they want. So let’s have a really great fight and a great day of boxing on the two biggest platforms for boxing, which is ESPN and HBO. ESPN loves the idea and said they’re considering it, so we are hopeful we can work it out.”

“If we can work out the start times we would move forward with the fight. There would be no obstacles, no more problems,” Gomez said. “We want to work it out. ESPN is also our partner as well [on the Golden Boy Boxing on ESPN series], and we want to be able to deliver the fight to them. If we can work out the start time and the same deal is on the table as we were offered we’ll take it and move forward with the fight.

“The money was worked out with Honda and we accepted it, and Honda is supposed to get the TV rights for Japan. As long as that stays the same, we can work it out. If ESPN is willing to move up [the start time] we’re in.”

In his last fight, on Dec. 9, Lomachenko easily dominated Guillermo Rigondeaux, making him quit at the end of the sixth round. The fight was an historical event in which it was the first-ever bout between two-time Olympic gold medalists. It was the fourth consecutive fight in which Lomachenko made his opponent quit.

In his last fight, Linares retained his 135-pound crown by one-sided decision against Mercito Gesta on Jan. 27. Since suffering back to back losses in 2012 and 2013 Linares has strung together 13 wins in a row along with two titles in the lightweight division.

UFC:Glover Texeira vs Volkan Ozdemir targeted for UFC 224 in Brazil