Ting was able to secure a split decision win against Sexton at ONE: QUEST FOR GOLD, which broadcast from the Thuwunna Indoor Stadium in Yangon, Myanmar, on Friday, 23 February.

Wasting no time after the opening bell, Sexton was on the attack with Ting sitting back and preferring a counter-striking game plan. The Malaysian did a masterful job waiting for “Tarzan” to step forward as he punished his lead leg with kicks. He also caught Sexton with a stiff counter left hand, which briefly rattled him.

Sexton powered back towards the latter half of the opening round. He caught a kick from Ting, pulled him to the ground, and then took his back within seconds. Unfortunately for Sexton, he gave Ting too much space when attempting a triangle choke, and it allowed the Malaysian to wiggle free before scrambling back to his feet. 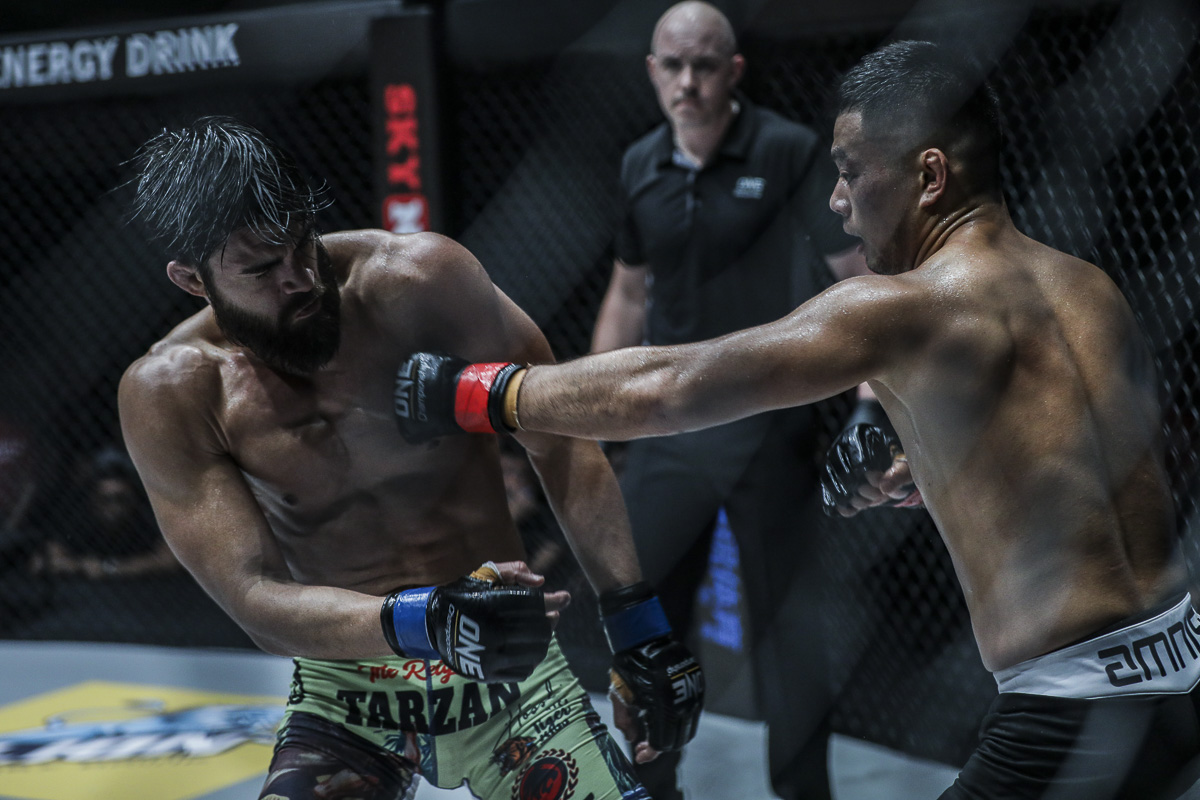 “E.T.” was still crisp and precise with his striking to open the second round, but Sexton stood right in front of him from start to finish.

He pressured the Malaysian from every angle. Perhaps “Tarzan’s” best shot came midway through the round, when he blasted Ting with a spectacular flying knee, yet somehow the veteran lightweight contender absorbed the shot without dropping to the mat.

Still, that shot seemed to shift momentum into Sexton’s favor, as he kept pouring on the punishment with punches in bunches and forced Ting to play defense against the cage. “Tarzan” also locked in a D’arce choke on the ground, but “E.T.” was calm and patient until he got free from the submission.

Even with all the combinations thrown and mat technique on display, the Costa Rican still could not put Ting away. Nonetheless, he was not going to give up on that strategy, as the third and final round started playing out.

It was not the most technical striking attack, but Sexton was so aggressive that it was tough for Ting to get a second to breathe.

That kind of game plan can also be a huge drain on the gas tank, and as Sexton finally started to slow down, the Malaysian took advantage with more leg kicks and stinging combinations. All of that really started to add up.

Ting even managed to toss Sexton to the ground on a couple occasions, where he unleashed some effective ground and pound.

When the final bell sounded, both competitors felt they had done enough to earn the victory. However, the judges ultimately favored Ting by split decision.

Ting moves to 15-4 in his career, and he takes one more step towards another shot at the ONE Lightweight World Championship. Sexton, meanwhile, dips to 11-4, and gets his three-bout win streak snapped.