While everyone is losing their minds, John Kavanagh is cool as a cucumber after UFC 229 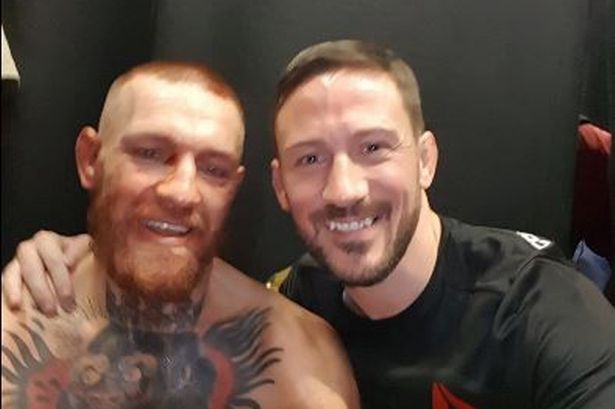 UFC 229 is finally in the books and it will surely be a huge understatement to say that it was easily the best event of the year and the biggest in the company and sport’s history. The event was headlined by what is widely regarded as the greatest fight in the history of MMA between Khabib Nurmagomedov and Conor McGregor. The Russian came out on top and dominated the fight right from the get go before submitting McGregor in the fourth round due to a neck crank. It was later followed by a huge brawl between both the Irish and the Russian camps. While due to all this, the fans, pundits and fellow fighters alike all seemingly lost their minds in utter shock due to the chaos and anarchy. However, McGregor’s head coach, John Kavanagh is still cool as a cucumber. 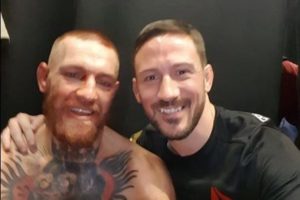 Coach Kavanagh hasn’t been overwhelmed by emotions like many other people who are close to both Khabib and Conor and was humble and calm in defeat. He did feel that the ending of the event was shameful and that McGregor-Khabib was an amazing technical fight and is now looking forward to the next bout. Here’s what he had to say:

Another historical night. Amazing atmosphere, technical fight with excitement all the way thru. All that makes MMA a great sport. Shame about the ending. On to the next one.

It should be noted that Kavanagh is scheduled to appear as a guest on Joe Rogan’s podcast on October 8th. Below is the tweet by Kavanagh:

Another historical night. Amazing atmosphere, technical fight with excitement all the way thru. All that makes MMA a great sport. Shame about the ending. On to the next one.