Everyone Wants a Piece of the McGregor Cake

Though Conor McGregor might not have won his fight against boxing legend Floyd Mayweather, he has won praises from casual MMA fans to hardcore supporters and even the top seeded UFC fighters. He has also been heavily criticized for his performance especially from the boxing community. After earning millions of dollars for the 10-round fight, athletes from MMA and other sports have started to use his name & his cross over antic to cash in their own big dream pay day.

First in line is the BJJ black belt and former welterweight contender Demian Maia, who casually put forward the idea of fighting Conor in a grappling match considering all the $$ generated from last week’s fight.

Speaking to Brazilian website Combate, Maia said “If Conor wanted to have a jiu-jitsu fight against me, that would be interesting. Obviously, for people in the fight business, this was nothing but a big marketing campaign to generate money. We had a fighter who’s not a boxer, trying his best against an expert. After the third round, Mayweather controlled the fight as he pleased. Even people who don’t follow the fight world wanted to watch it, because of all the buzz that was created. I saw a lot of people who don’t follow it, talking about it. It’s more about entertainment, really. I don’t think it’s a more interesting fight than Lyoto Machida against Derek Brunson, for example. What’s interesting is watching the show after this big circus they put up.”

Even the multiple time Olympic gold medallist Michael Phelps is looking to challenge McGregor. Not inside the cage or the ring but to a swimming race. Phelps took to his Twitter to post a fan made picture of both him and Conor going at it. 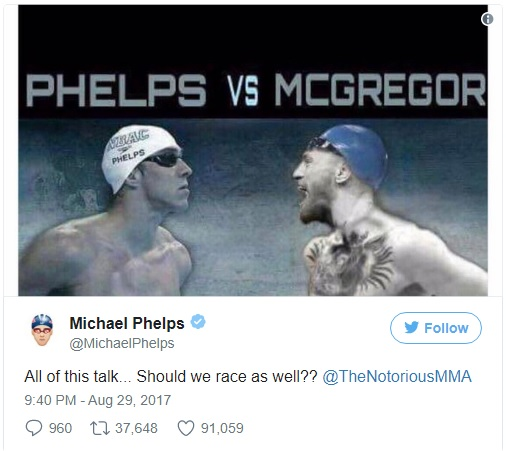 Aldo’s coach Andre Pederneiras also commented on Conor’s performance and is eagerly awaiting his return to the Octagon so that the rematch with Aldo can be made. “Man, I actually want him to come back so we can base on his purse to ask more” Andre Pederneiras said.

Paulie Malignaggi’s short stay in the training camp was controversial nonetheless, and post-fight many pundits raised the possibility of Paulie vs. McGregor in a boxing match. Paulie responded by saying “why not” and is open to fight Conor under boxing rules. “That’s the easiest money I can make. Are you kidding me? He’s not very likable”. 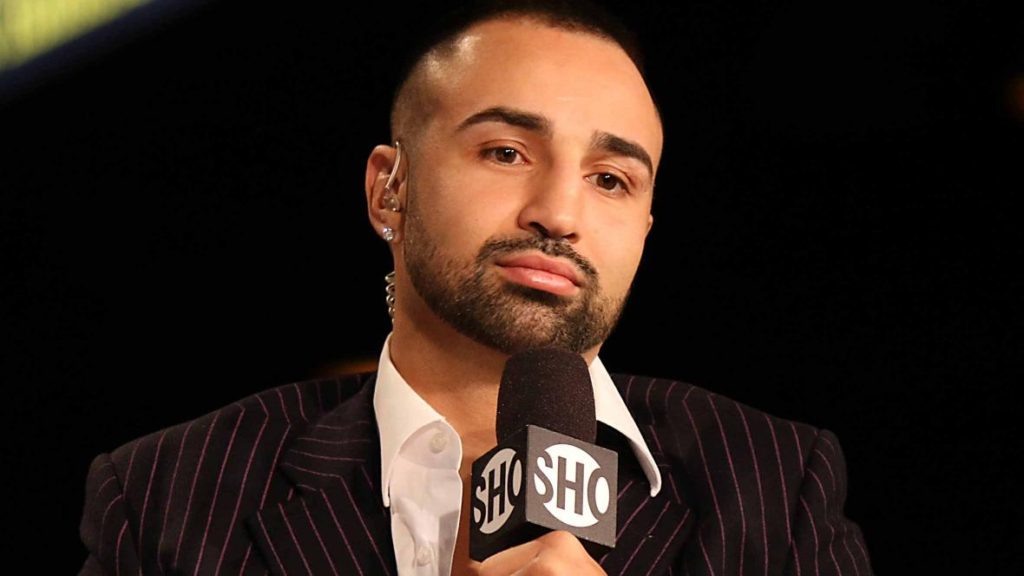 Next in line is the welterweight boxing contender Andre Bereto. Not for the fight with Conor, but to make the crossover from Boxing to MMA. Speaking to TMZ Bereto said “I want all of ‘em! Dana White, you know me, you know my family’s been in MMA for a while, I’m coming to the UFC so Dana White, call me! Tell Dana to call me. I’ll go to the UFC. I wanna be the first fighter ever to be a world champion in boxing and go get a UFC world title. It’s never been done. That’s never been done. Tell Dana to holler at me!” 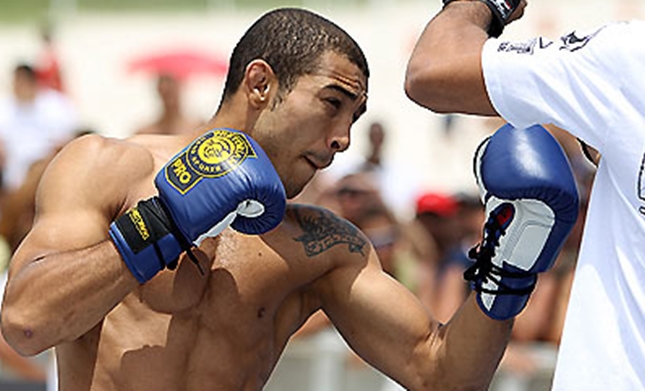 Even the former UFC Featherweight king pin Jose Aldo has expressed his desire to compete out of UFC contract in a boxing bout. According to the UFC contracts, no fighter can compete in boxing, kickboxing or MMA fight outside UFC. But only Conor could compete in other sport with the backing from the Zuffa Team. Aldo’s coach Andre said “He’s training boxing because he has this dream of competing in professional boxing. If it was up to him, he’d fight all his UFC fights (left on the contract) in three months and go box. He wants to box professionally.”

With his loss McGregor has turned so many heads around and has never shyed away from competition. Knowing Conor, none of these call outs matter to him and he would like to be in control of what he is planning to do next.