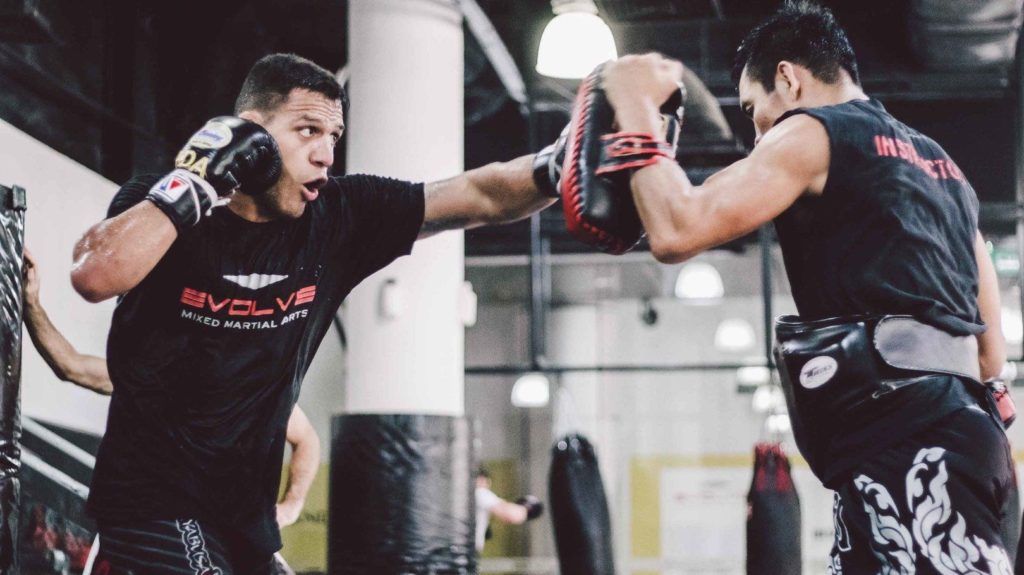 03 SEPTEMBER 2018, SINGAPORE – EVOLVE Mixed Martial Arts, Asia’s #1 martial arts organization as ranked by CNN, Yahoo Sports, and Fox Sports, will be holding global tryouts for MMA fighters who are looking to take their professional fighting career to the next level. From 9 – 15 November 2018, EVOLVE MMA is giving fighters from all around the world the opportunity of a lifetime; to join the prestigious EVOLVE Fight Team.

Selected applicants will be invited to come to Singapore to attend the tryouts, training under the World Champion Instructor Team at EVOLVE MMA. Fighters who are selected to join the EVOLVE Fight Team will receive an annual salary of US$48,000, complimentary corporate housing to live and train full-time in Singapore, career management and marketing support from EVOLVE MMA, and world-class training under the largest collection of World Champions on the planet. Through EVOLVE MMA’s global network of contacts, members of the EVOLVE Fight Team have direct paths to compete in the world’s top MMA organizations, such as ONE Championship, the UFC, and Bellator. EVOLVE welcomes all fighters from all backgrounds to try out for a spot, including up and coming fighters as well as top established fighters from ONE Championship, the UFC, and Bellator. The EVOLVE Fight Team is aiming to recruit 20 additional full-time fighters to join the team.

“I am looking forward to seeing some serious talent turn up for the tryouts in November. As the EVOLVE Fight Team Head Coach, my aim is to push this team to its limit, help the fighters fulfill their potential, and bring in as much success as possible, no matter where we are competing. EVOLVE MMA has the largest collection of World Champions in the world, but we are always looking to grow, and I look forward to adding more world-class fighters to the team”, says EVOLVE Fight Team Head Coach Eduardo Pamplona.

“EVOLVE MMA is ranked as the top martial arts academy in Asia by leading authorities such as CNN, Yahoo Sports, and Fox Sports, among others. The EVOLVE Fight Team is a reflection of this as we have the largest collection of World Champions under one roof. Despite this, we have no intentions of stopping anytime soon, and we intend to expand our roster as much as we can. We want our fight team to continue to compete at the highest level and help all of our fighters achieve their goals”, says Wesley De Souza, Vice-President at EVOLVE MMA.
To apply for the tryouts, applicants need to email their martial arts credentials, martial arts record, and competition footage to [email protected].
EVOLVE MMA is Asia’s #1 martial arts academy and has the largest collection of World Champions on the planet. With the largest class schedules in Asia, containing over 700 classes a week, EVOLVE MMA has a comprehensive selection of martial arts classes, ranging from Muay Thai, Brazilian Jiu-Jitsu (BJJ), Mixed Martial Arts, Boxing, Kickboxing, Wrestling, and many more. EVOLVE MMA’s mission is to unleash greatness in everyone through authentic martial arts under World Champions. EVOLVE MMA believes that martial arts is about the journey of continuous self-improvement of the mind, body, and soul and one of the greatest platforms to unleash human potential.