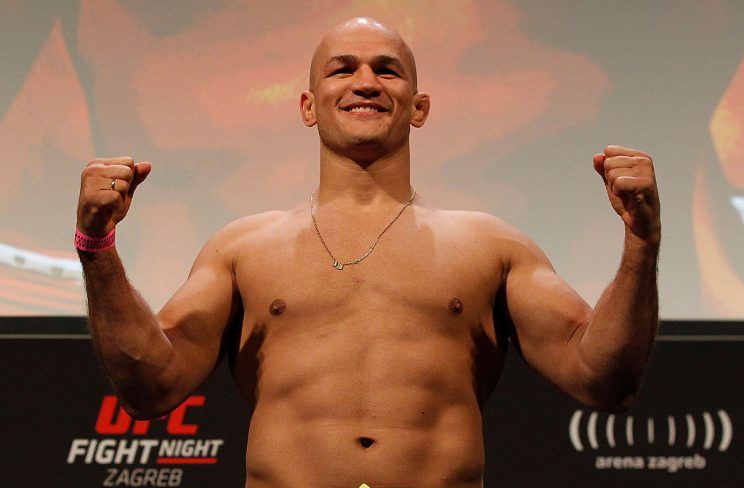 Junior Dos Santos stands as one of the most decorated heavyweight MMA fighter of all time. The former heavyweight champion boasts a record of 20-5; which includes wins over the likes of Cain Velasquez, Stipe Miocic and Fabricio Werdum. This weekend he’ll return to the octagon when he faces former title challenger, Derrick Lewis. He enters the fight heavy momentum by his side as it is for the first time in 6 years that he has managed to string-up back to back wins. An accomplished striker, Santos will be the favorite when he takes the center stage on UFC Kansas. He took some time off to answer a few questions.

The heavyweight division has seen a lot of movement in the past few months. There is a new champion Daniel Cormier, several new contenders have emerged and at the same time stalwarts have managed to stay relevant by picking up important wins. What are your thoughts on the current state of the division?

The heavyweight division was and still is living a good moment, we have a new champion, Daniel Cormier, we still have so many good guys giving the fans a good show, I am one of them.  It’s important for me to keep doing what I am doing, keep doing what I am doing, winning my fights and at some point fight for the title again, but I think the heavyweight division is living a great moment, it is the most dangerous division in this sport, actually in any sport – so I think we are doing a very good job.

You will be facing former title challenger Derick Lewis. He is 3-1 in his last 4 fights. If you were to win, would you see yourself in the title picture or as one of the contenders?

If you manage to win, whom would you want to face: Stipe or Daniel Cormier? Why?