Exclusive Interview with Chris de la Rocha by the MMAIndia.com 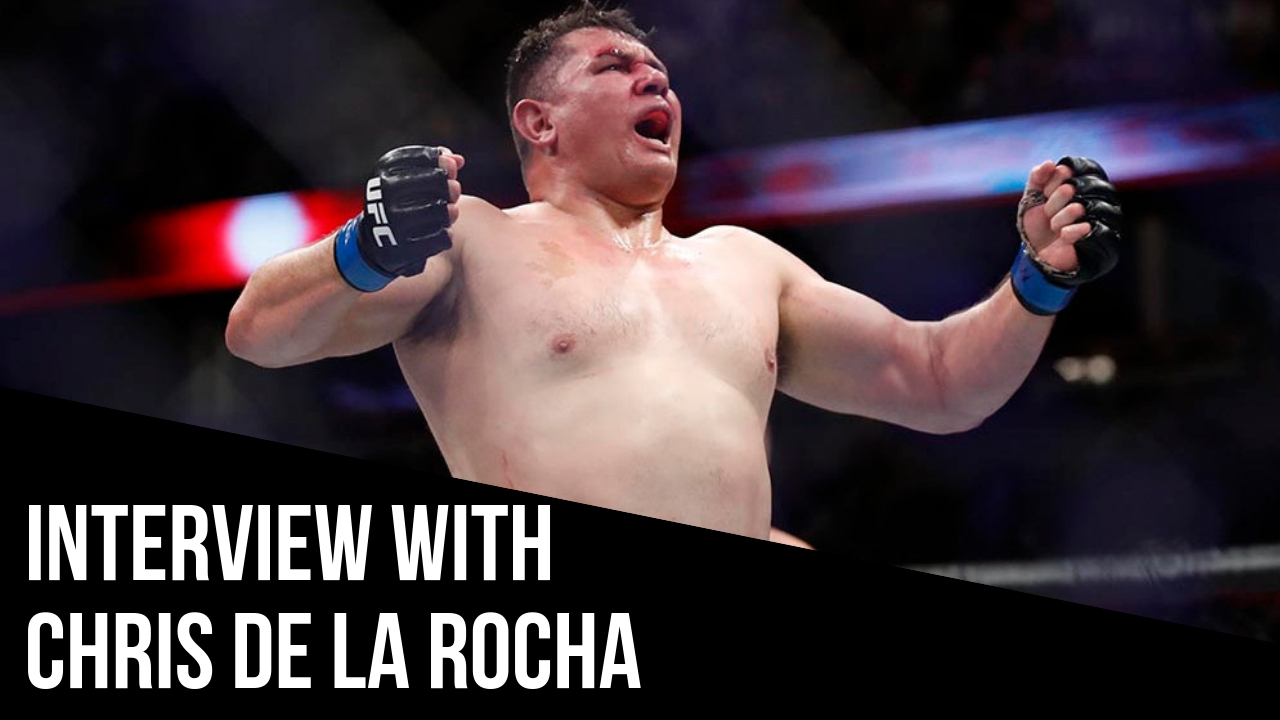 Chris de la Rocha is an MMA fighter with a record of 5-2. Rocha trains out of Forge Combat
Academy. In his last fight, he managed to snap a two-fight losing streak by securing a win over
Rashad Coulter. Rocha returns to the UFC cage this weekend on UFC Milwaukee, where he
faces the rising prospect, Juan Adams. Ahead of this fight, Rocha took some time off to answer a few
questions about personal life, his time off, and more.

Q1. What got you into MMA? Who was your influence? What is your combat sport
background?
Ans 1. I have been a fan of MMA since the beginning. I remember wanting to watch the first
UFCs, but my parents not letting me. I have been competing in Combat sports since I was 12yrs
old. I started out wrestling then moved to Jiu Jitsu after high school. I started boxing about 10
years ago, and won the Gold medal at the Western States Police and Fire Olympics in 2010. I
came back home and wanted to put it all together and that was the beginning of my MMA
career. The man who guided me through my early days was my Professor Trevor Burnell.

Q2 Did people around you support the decision of taking this sport as a career? What are
the biggest challenges that you have faced?
Ans 2. My family has always been very supportive, yet worrisome about my choice of taking the
sport as a career. The biggest challenge I have faced is maintaining a healthy family life, with
competing and owning/operating a gym. (Forge Combat Academy in Camas Washington)

Q3. In June you returned after a long break of almost 2 years. How did this break affect
you? Have you made any changes in your overall game?
Ans 3. O ha ruptured my bicep tendon and was dealing with the recovery process with that. It
took me a while to just trust the arm, and being able to throw punches without being hesitant.
The break made me realize I wanted to be in the cage. I have really been working on my boxing
game and trying to bring it up to my ground game level.

Q4. You have finished all your opponents, most in the very first round. What is your game
plan? What is your emotional state as you enter the fight?
Ans 4. I go in the cage with a general idea of what I want to do. That always changes
depending on how my opponent reacts. No real emotions when I go in, I don’t try to work myself
up. There is always a little fear.

Q6.There have been some new names which are getting a lot of attention in the changing
heavyweight division. Greg Hardy, Dereck Lewis, Curtis Blaydes and Sergey Pavlovich to
name a few. What are your thoughts on the current top prospects/contenders of the division?
Ans 6. A lot of the new faces in The division are very athletic, but green and one dimensional.
They need to work on their overall game.

Q7. What are your thoughts on the return of Brock Lesner to MMA? Do you think he adds
excitement to the division?
Ans 7. This is the UFC trying to get the WWE fans. I don’t think he will have any great affect on
the division. To throw him into a title shot is a money grab.

Q8. You will be facing Juan Adams this weekend. What are your thoughts on him as a
fighter? He is a known knockout artist. How do you see the fight going?
Ans 8. He is big and strong, but one dimensional. He is good at using his size. He doest have
any one skill that WOWs me. I see my hand being raised in the 2nd round, depending on what
he gives me.

Q9. One of the most discussed topic in MMA today is fighter pay. What are your thoughts
on the payment made by an average MMA fighter? What are your thoughts on fighter union?
Will you join the union if given a chance?
Ans 9. I think the lower level fighters deserve a bump in pay. It is hard to live off the amount of
money, without fighting every 2-3 months. Then you run the risk of burnout and overtraining. I am
not a big union guy, but I think in this instance just like football, baseball, and basketball a union
would help.

Q10 What is your message to everyone who wants to take MMA as a career?
Ans 10. Be professional and be prepared to work your butt off. Do not expect anything, go out
and earn it!

Q11. A message for your fans.
Ans 11. This has been an amazing experience and I appreciate all the Love and support. I enjoy
putting on a show for you.

Previous articleDominick Cruz reportedly injured again; John Lineker fight could be off
Next articleDana White sets the record straight once and for all with Oscar De La Hoya about ‘underpaid’ fighters