Exclusive Interview with Juan Adams by the MMAIndia.com 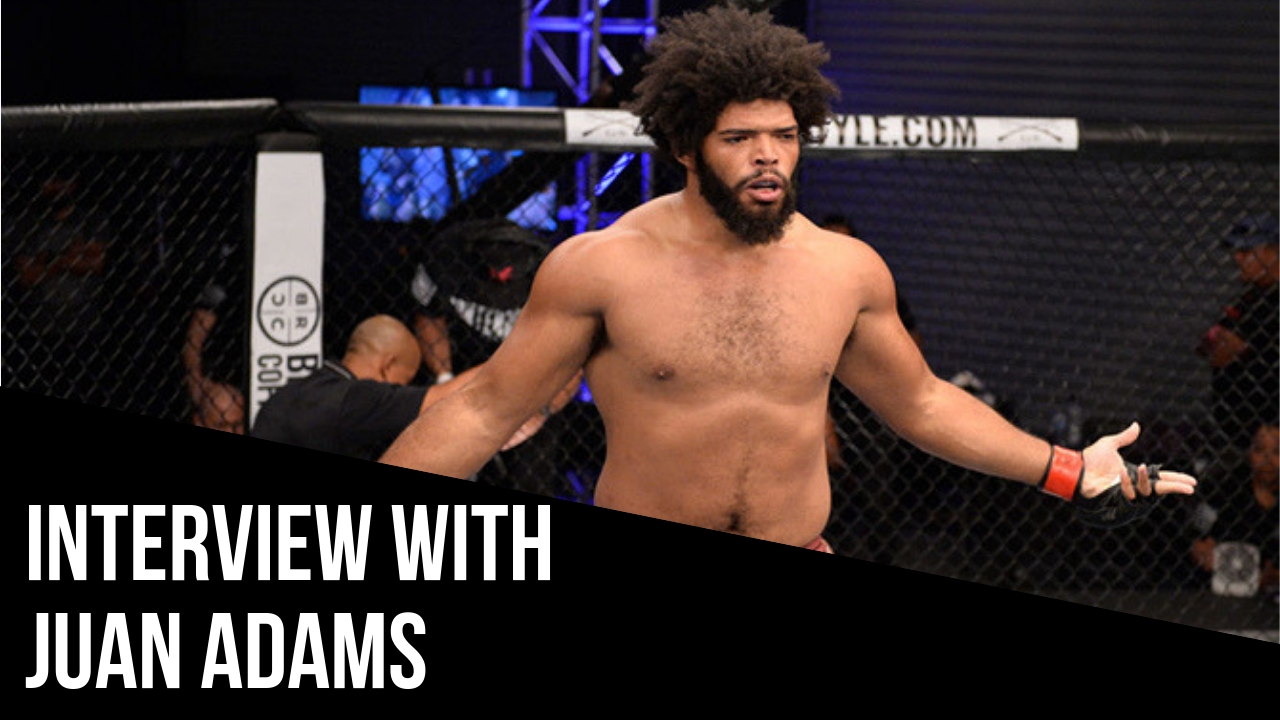 Juan Adams is a rising force in the heavyweight division. Standing with a record of 4-0, Adams
broke through in the MMA scene after around 1 knockout over Shawn Teed at Dana White’s
contender series back in July 2018. The knockout artist will return to the octagon this
weekend on UFC Milwaukee when he faces submission specialist Chris de la Rocha in the
opening fight of the evening. Ahead of this battle, the Paradigm Training Center product took
some time off to answer a few questions.

Paarth Pande: What got you into MMA? Who was your influence? What is your combat sport
background?

Juan Adams: I always watched WWE, and when I found out it wasn’t a real fight I started
wrestling, once I started helping some of the fighters at paradigm with their wrestling I became
interested, then my big brother Dallas Paskell got me in touch with a couple of his old coaches
and strengths and conditioning coach and the team was formed. My background is wrestling, I
wrestled D1 for Virginia military institute.

PP: Did people around you support the decision of taking this sport as a career? What are the
biggest challenges that you have faced?
JA: No, my grandma was the biggest naysayer because she wanted me to work an office job,
but eventually they all came around. The biggest challenge has definitely been funding the dream, but
thankfully my sponsors at jet hot, rhinoPro, and Fleming attorneys have all been very helpful.

PP: You hold a perfect record. Does being the undefeated boost your confidence or adds more
pressure? What is the most difficult part about holding an undefeated record?
JA: It just boosts my confidence, nothing is really hard about it.

PP: You have finished all your opponents, that too in the very first round. What is your game
plan? What is your emotional state as you enter the fight?
JA: The Gameplan is always to create opportunities and take what they give me. My emotional
state is a little anger and a lot of joy that I can vent my frustrations legally in the cage

JA: The division is very dangerous near the top but anyone after the top 7 don’t look very
impressive. The only change in the near future depends on the retirement of the older guys and
how quickly they find me fights to prove I’m the future.

PP: You in one of your interviews said that the heavyweight division lacks star-power. You
also said you were interested in adding the element of star-power to the division. How do
you plan on to do so?
JA: I emanate big dick energy, people are attracted to that, it’s only natural that they like me.

PP: There have been some new names which are getting a lot of attention in the changing
heavyweight division. Greg Hardy, Dereck Lewis, Curtis Blaydes and Sergey Pavlovich to name
a few. What are your thoughts on the current top prospects/contenders of the division?
JA: Derrick is always dangerous, Curtis is getting better constantly, Greg Hardy is not talented
they have just given him even less talented opponents, I don’t even know who the other guy is.

PP: What are your thoughts on the return of Brock Lesner to MMA? Do you think he adds
excitement to the division?
JA: I think it’s an attention grab, a non roided Brock Lesner isn’t exciting at all, he takes steroids
to be as large as I am naturally.

JA: I’m coming off of making barely 2 thousand dollars a fight, I’m very happy with my ufc pay
as long as I’m found fights frequently enough to make a living. A union is great but it has to be
joined and formed with more of a purpose than simply pay. I would be interested in seeing
things like: fighting for a more merit-based system and meaning behind the rankings, health
insurance, guaranteed opportunities for fights per year, less binding sponsorship deals, just to
name a few.

PP: What is your message to everyone who wants to take MMA as a career?
JA: It takes a lot of hard work and the fights are just the fun part of the job, it’s a complete
lifestyle change, don’t pursue it unless you truly want that commitment.

PP: A message for your fans.
JA: Thank you to my fans! Without you guys and ladies generating buzz for me, i wouldn’t be
able to fight on the stages I’ve fought on.