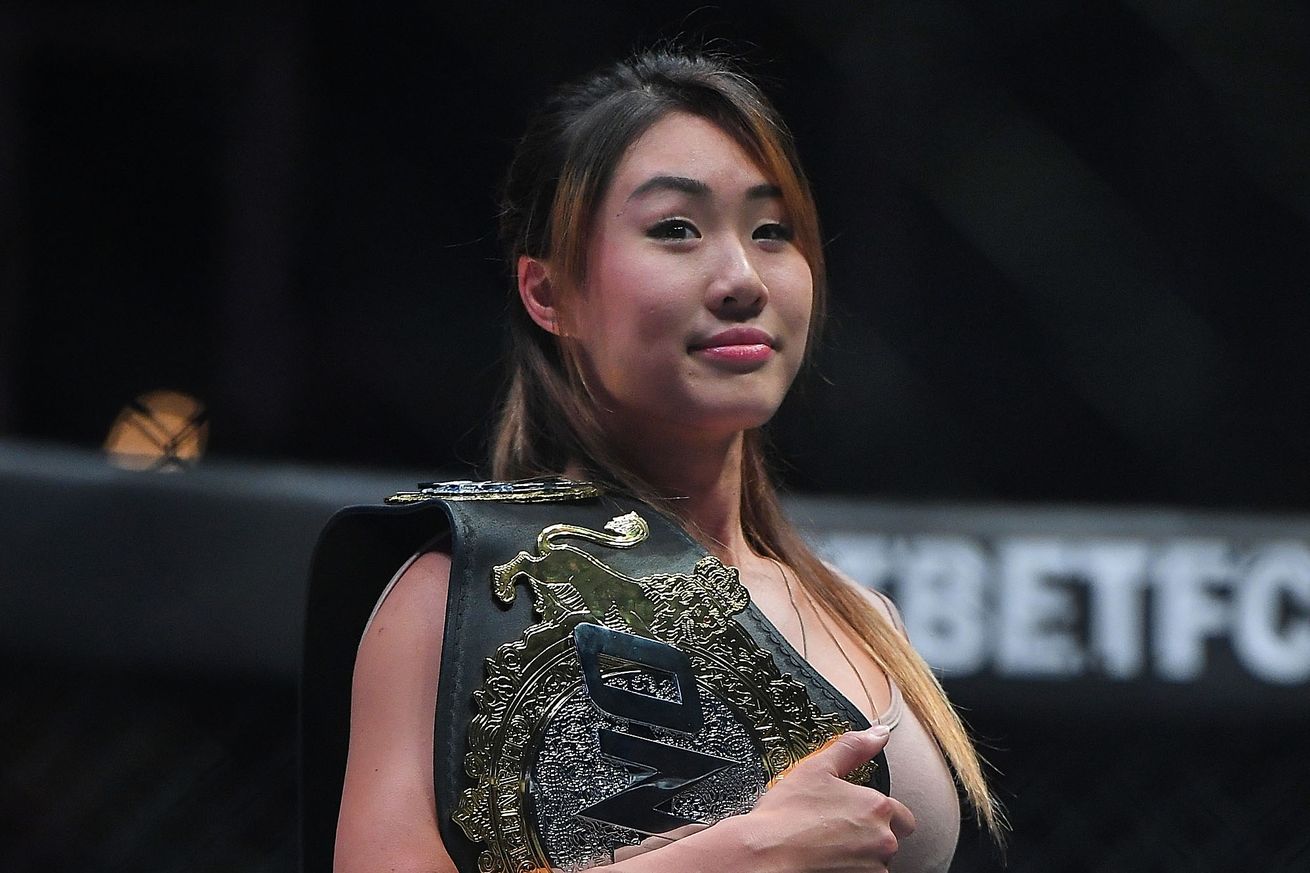 This Saturday, ONE Championship will roll out with its next event, ONE: Warrior Kingdom from the Impact Arena in Bangkok, Thailand. The event will be headlined by two undefeated atomweights, as ONE Atomweight Champion, Angela Lee defends her title for the first time, against Jenny Huang.

Angela Lee became the first ever ONE Atomweight Champion, when she defeated the veteran Mei Yamaguchi in May last year. Angela’s opponent, Jenny Huang comes in with a lot of momentum, as she submitted her past three opponents – including her impressive gogoplata finish of April Osenio in her last outing.

Angela is considered to be one of the fastest rising stars in the world of mixed martial arts, and is ranked alongside the likes of UFC’s Paige VanZant and Sage Northcutt as the faces of the new generation of the sport. As Angela gets ready to defend her title, we caught up with her for an exclusive interview.

This will be your first title defense. Can you tell us how defending the title feels different from fighting for it as a challenger?

Angela Lee: A lot of fighters lose their edge when they start to think that it’s easy being champion. Keeping the belt is a lot harder than winning it the first time around. I won’t take any opponent for granted, especially not someone as talented as Jenny Huang. I still have much to do in the sport of mixed martial arts. I’m going to kick off the next chapter of my career against one of the top contenders.

I would love to test my skills against the best fighters in the world, and to show everyone how much I have improved since my last fight. I’m coming into this bout against Jenny hungry and determined. Winning the ONE Women’s Atomweight World Championship was one of the best achievements of my career so far, but I don’t want to go into this fight feeling like I’m the champion. I want to stay as hungry as the challenger.

You will be taking on Jenny Huang, who is a really good judoka. What do you think about your opponent?

Angela Lee: Jenny Huang, I think, is a great athlete. She is an amazing competitor and has obviously earned the opportunity to challenge for the title. Jenny is the complete package, with good striking and a really good ground game. I need to be at my absolute best to make sure I can defend the belt successfully.

Jenny has finished her previous three fights via submission, the last being a gogoplata. Considering you’ve been working on your ground game as well, what do you make of her ground/submission skills?

Angela Lee: She is definitely one of the best submission artists in the world today. Pulling off a rare submission move in her last bout deserves the respect and admiration from the entire martial arts community. Having a talented mixed martial artist like Jenny Huang as an opponent gives me the drive to turn it up a notch.

I’ve made a lot of improvements, especially learning from my title fight in May of last year. It really helped me grow. I’ve been training really hard. I can’t wait to show everyone what I’ve got.

My opponents can watch as many videos as they want, but they’ll never fully know my game. I’m constantly evolving my game and closing the gaps where I can. I work a lot on strengthening individual areas like my transitions and my striking. I’ve learned that staying at the top is harder than getting to the top. I’m working harder than ever, and I know everyone wants to come after me.

The last we spoke back in December, you talked about taking some time off and relaxing a bit. How has your training camp come along for this fight?

Angela Lee: For my first title defense, I divided my time training in Hawaii and at Evolve MMA in Singapore. It was awesome because I was able to work with the great champions at Evolve MMA. Meanwhile, I was able to wrap up my training camp with my crew back in Hawaii. By doing that, it contributed heavily to my growth as a martial artist because I was training with different champions and great practitioners.

You’re currently involved with the ‘Downtown Project’. Can you tell us a little bit about the same, and what its significance is?

Angela Lee: Downtown Project is the brainchild of venture capitalist Tony Hsieh, which is dedicated to helping revitalize part of downtown Las Vegas. Its goal is to help make downtown Las Vegas a place of inspiration, entrepreneurial energy, creativity, innovation, upward mobility, and discovery in a long-term and sustainable way. The project has created thousands of jobs for the people of downtown Las Vegas.

I believe in the project’s objective of making the world a better place and fostering inclusive growth for all individuals. An important part of our growth and motivation as a person lies in contributing to the greater good and being part of something greater than ourselves.

You will be the first women’s champion in ONE Championship history to headline an event. How does it feel to achieve the feat at such a young age?

Angela Lee: Asia has a five-thousand-year history of martial arts. We are all about celebrating and honoring the true spirit of our sport. With the help of ONE Championship, I was able to inspire many women all over the region who have dreams and aspirations, especially there are still parts of Asia that operate in a predominantly patriarchal society.

It’s awesome to be a part of a company that is making so much progress and giving people in different countries something to look up to. We are crushing gender barriers across Asia.

It’s also an honor to be ONE Championship’s first female champion. I will be defending my title for the first time in Bangkok, Thailand on March 11th. This is the second time that ONE Championship has put a female fighter as the headliner. I have had the honor to headline the first card in Singapore in May of last year. It’s crazy to think about it, not too long ago female fights were not approved of, in Thailand especially. Now, we are going to headline a blockbuster card in Bangkok. ONE Championship has made a huge step for women’s MMA in Asia. I’m happy to be part of it.

Do you have any message for the Indian fans going into ONE: Warrior Kingdom?

Angela Lee: To all my fans in India, I truly appreciate your outpouring support. I want to thank each one of you because your support means a lot to me. I will be defending my title on March 11th in Bangkok. This will be an exciting fight. Don’t miss it! 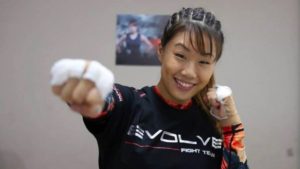