Exclusive: Marc Diakiese talks about adversities, and his journey to the UFC 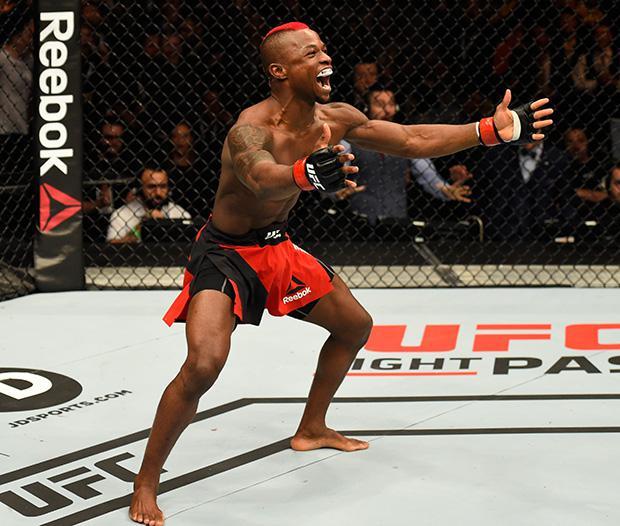 The hot prospect from the United Kingdom recently knocked Teemu Packalen out, sending his opponent crumbling to the mat in the opening seconds of first round.

Marc Diakiese is considered to be the ‘next big thing’ from the United Kingdom. Fighting in the lightweight division, Marc is a former BAMMA Lonsdale British Lightweight Champion, and has been tipped for big things in the UFC.

However, coming from humble beginnings, Diakiese had to fight for what he wanted. Born in the land where Muhammad Ali defeated George Foreman, Diakiese was always a fighter. Marc left the Democratic Republic of Congo when he was just 12 years old, got on the plane by himself, and flew down to the United Kingdom.

“It wasn’t just me; my uncle – he took me out of that sort of a life and brought me here (to the UK), so that was the main reason for me leaving”, Marc told me recently in an exclusive interview. “Because I’ve stayed at places – and he brought me up, so it made sense for me to come over here.”

As a teenager who couldn’t speak fluent English, it was a tough period for Diakiese in the United Kingdom. Marc was subjected to bullying early in his life, and that was when he decided to let his fists do the talking.

“Before that, I was just a young lad. I came to UK when I was 12 in 2005, so I was a young lad. I also got into a lot of trouble with the police and also at school. It wasn’t just the right life for me, because I found myself bullied at school by other lads. So I got bullied, and I started fighting them.

So that kind of life teaches you something, and because of that, I got kicked out of school. From then, I just carried on – I’ve been a naughty kid. From 16, my uncle decided to kick me out, and that says something.”

A lot of current UFC fighters took up MMA, or any form of martial art, to learn self defence, and protect themselves against the bullies. For Diakiese, martial arts showed a different path, keeping him away from all the other distractions.

As a troubled teenager, Diakiese got into a lot of trouble. However, Diakiese told us that he got into MMA because there was nothing else for him to do.

“The question was always of me getting into trouble, so – and I had nothing else to do. Martial arts was more of a disciple style, so I just focus on training. I didn’t – for me, it wasn’t about, “I’m going to get into Mixed Martial Arts and start fighting”, or that I want to be a cage fighter. I just wanted to achieve more than the kids there. I just needed to get off the streets and be busy, and just train. And obviously, it just became a hobby, and then from there, getting to the top.

I then got into amateur fights, and that’s all I wanted to do. I enjoyed it, and I carried on doing it.”

Diakiese soon made a name for himself in the local MMA circuit as the next top prospect. After winning the title in BAMMA, Marc knew that it was only a matter of time before UFC came along.

And when that happened, Diakiese said he did not think it would all happen so soon.

“Obviously that was the goal – I wanted to get into the UFC. You work towards that goal, and when you get it, you start believing that you can achieve your goals. Working to be a world champion, that’s what I want to do.

So I just got back from training, and my mate – he was preparing for his fight. So we were coming back, and I was driving, and I got a phone call from my manager. He said, “Aw, you’ve been signed!” I thought it was a joke – getting signed by UFC, I thought he was joking about it. I did expect it. I just knocked out (Kane Mousah) in BAMMA, so after my last fight in BAMMA, I knew I was going to get signed, but not right away.

And I was expecting it, so when he said it, I was sort of expecting it. And soon, I signed the papers, and I couldn’t believe it. I said to myself, “Yeah, I’ve done it. It’s what I want. This is where I want to be. This is how I can let people hear me.” My dream has come true, so it was fantastic.”

“I moved to American Top Team recently. I also train in a gym in Manchester. I trained with my teammates, but it was more of a – at the end of the day, what I needed, the level I was at and the level I needed to be at. I didn’t get enough sparring partners. So, it just made sense for me because you move to a place where you get people with the same dreams, as hungry as you, so it made sense for me to move up there.

So I’ve trained there… I’ve been there since my last fight, so it’s been two – three months already. And then I’m going back again.”

After his spectacular knockout of Packalan, things have certainly changed for Marc. In fact, he has made believers out of skeptics, and says the victory made a massive difference.

“Things have changed. Now I see people have started to believe in the hype, and nothing has ever been given to me. I think I’ve learnt; I was always the underdog. People have been saying this and that, but now, people know that I am a legit prospect. People just look at me differently now (since the fight). I think it has made a massive difference.”

Diakiese and Paul Felder were involved in a heated back and forth exchange on Twitter, and while many thought Marc would face Felder next, Marc decided that he would fight someone that would help propel him into the top 15 in the 155 pound division.

“I didn’t call Paul out even though he lost (against Trinaldo). He’s been a little stupid with his tweets on social media. He could’ve waited a little after the fight; it was my time. I get interviewed now and then and people ask me about guys that have called me out.

But again, I’m willing to fight anybody. But it’s down to my coaches and my manager (to find my opponent). I don’t even know what his record is. What’s his record? I’m not even sure. I haven’t even looked at him. So, I need to find people and their ranking. In the UFC, we’ll fight him at the right time. I’m looking at guys who’re ranked, so that I can move in up there (in the top 15).” 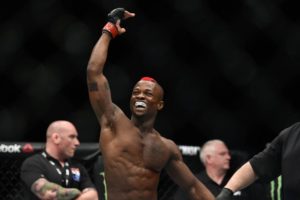 Diakiese also made his intentions clear of becoming the lightweight champion soon, and said that he doesn’t concentrate on what others are doing. Marc said that he focuses on himself, and his path to championship glory.

“I don’t really pay attention to whoever is there, or whoever is the champion. To tell you the truth, I don’t pay attention to this and that. I just focus on me, if I’m honest. All the things and fights happening, it’s more about me. I just focus on what I want to do. I set my sights on somebody that I’m fighting, but before that, I never really look at it. I just focus on myself; I’m just happy that I found myself in the right moment. I’m working my way up, and I want to be a champion. And it’s not going to take long till I get there.”

Diakiese had to overcome a lot of adversities at a very young age. From his father abandoning him at the age of 12, to living on his own as a teenager, Marc Diakiese knows the importance of having an iron will.

Marc also told us that these adversities made him a better person, and a better fighter.

“Obviously, going through certain things as a young lad – I’ve been through a lot. For most of the fighters, I think when they fight, it’s just – whether they fight in the UFC or somewhere else, they think, “I’m a fighter. I fight for the money.” For me, I came from nothing. I want to make something of myself, and I came right from the bottom, and I’m climbing to the top and want to become a champion.

So it’s more of a dream than just the money or the fame. It means more than that to me. I’ve been to a lot of gyms, and have sparred with a lot of people. No one has the mindset that I have, or the abilities that I have. So, I just know I’ll get there soon enough.”

Last but not least, Marc Diakiese also had a message for the Indian fans.

“Yeah, it feels great to know that I have fans back there, and just keep backing me up. I promise one day I’ll win the belt. Just keep supporting me, and keep sending me all the luck.” 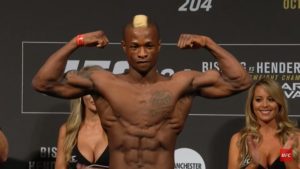