EXCLUSIVE: Maria Ribeiro Happy to Be Back in Hyderabad for Brave CF 30, Expecting to Hold the Championship Belt in Near Future 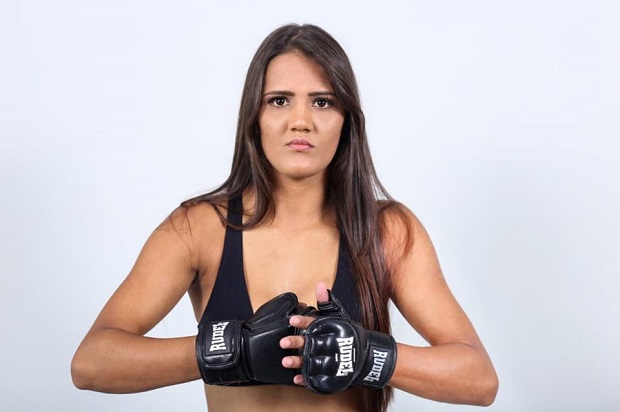 How are you feeling today and about your fight on Saturday night?

I’m feeling good and happy. This is very big fight for me. A fight that’s going to get me take higher fights inside this promotion and I’m actually very chilled about it. Feeling very calm actually.

You’re back in Hyderabad for your second fight, how do you feel about competing in this city again


Yes, this is my second time here in Hyderabad and I like it a lot here. I’m happy to represent all the women around the world and especially those in India. I personally feel its a great chance for me to do showcase my skills to prove that women can do great things inside the cage.

What did you think initially when Brave CF announced Karolina Wójcik as your opponent and what analysis did you make of her?

Karloina is an excellent fighter. When it comes to analyzing my opponents, I look up at two basic aspects: first is their fight game including their striking tools in the standup and second is how good are they at defending them in a stand up exchange and on the ground. These two usually give me a broad understanding of what I need to do against them. I never want an easy fight and Karolina being a tough fighter always brings the fight to their opponent. I’m happy about sharing the cage with an aggressive fighter like Karolina because that is exactly the kind of fight I look for.

You knocked out Micol di Segni in the first round, when you fought in her Hyderabad at Brave CF 20. Are you looking at doing the same this Saturday or will you be happy if the fight goes the distance and showcase your entire skill set?

Well it depends on how confident I’m doing the fight. If I feel like I can end the fight quickly in 20 seconds, then that’s what I will do. But sometimes, if I feel like the knockout or submission is not going to materialize then I look to dominate through out the three rounds. It’s all about feeling the moment. I’m ready to be in every position, every situation and do everything to win the fight.

Do you believe in calling out fighters? And If you get to win this Saturday night, whom do you plan to call out for your next fight?

Yes and probably I might call out someone. But I’ll leave it to Saturday night.

This is your second fight in Brave CF, how does it feel competing in this organization compared to the other ones from your career.

Brave CF makes dreams come true for fighters. It has a very strong name now in the world of MMA. The audience and fan base is very diverse and big, which is also growing with every event. It also pays the fighters well and I want to continue to grow my career with Brave CF and want to get to the top in my division. Right now I don’t have any desire to go anywhere else and feel really happy to be part of this growing promotion.

Apart from a good gym, coach and fight camp what are the other elements female mixed martial artists need to grow and be successful in international circuit.

She needs to have heart and resilience.

So, what can we expect from Maria Ribeiro in 2020?

Hold the championship belt. But, actually I’m not expecting the belt from me but more from Brave CF.

Previous articleNew York Giants running back Saquon Barkley and Dillon Danis verbally agree to fight each other
Next articleMohammad Shahid Driven to Provide MMA In India the Much Needed International Platform, Shares Exciting Plans Are In Store