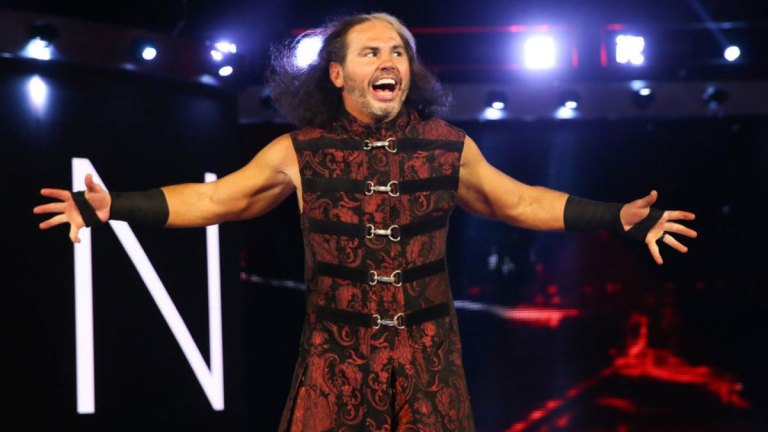 The former WWE star Matt Hardy, who is currently signed with All Elite Wrestling(AEW) is one of the veteran stars of the pro-wrestling industry. He recently joined in for a conversation with The MMA India Show during a media interaction conducted by EuroSport, who are the official broadcasters of AEW in India. Matt Hardy proceeded to speak on several topics including his brother Jeff Hardy’s future plans, his favorite match stipulation during his time in WWE, and his favorite gimmick in his illustrious career. 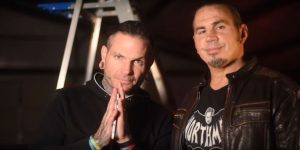 Jeff Hardy was shockingly released by WWE and it was reported that he was let go after the former WWE Champion had turned down the offer for a rehab. During the conversation, Matt Hardy talked about the most discussed topic these days, that is, Jeff’s future plans and whether he could be joining his brother at AEW.

Though, he was tight-lipped about Jeff’s possibility of joining AEW, Matt did provide an update on Jeff’s current status in life and he also did not rule out a potential debut in AEW.

Here is what Matt Hardy said[as transcribed by The MMA India Show:

“Well you know, he’s is a good place in life and I’m very proud of his progress in life in the last couple of years. We will see in the future. We will see what happens”

“I would really love to team with him someday, sooner or later,” stated Matt Hardy when he was he was told that fans would love to see them together back as a tag-team.

Matt Hardy picks the favorite match stipulation of his career 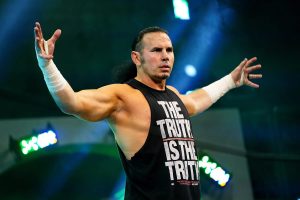 It is needless to say that the brother-duo has been part of several hardcore spots and reached on extreme levels of hardcore wrestling. They have been seen in a lot of bloody, brutal affairs including some high-risk spots.

Hardy was asked to pick his favorite match which saw some hardcore spots and he picked up the famous Tables, Ladders, and Chairs stipulation matches where he and his brother Jeff have done some insane spots. They have competed in a bunch of TLC matches.

The six-time WWF/World Tag Team Champion stated that the TLC matches stood out in his career and the matches featured him and his brother in some scary and life-threatening spots. But, as it turns out, they have been worth it. He believes that stipulation have cemented the legacy of Hardy Boyz being the masters of Table matches,Ladder matches and Chairs matches.

Here is what Matt said: “I feel like when you just talk about hardcore stuff, I mean, the TLC match has to stand out. We just did so many crazy things and all those were not necessarily bloody but we took so many insane risks and took so many chances.”

He added those matches helped the Hardy Boyz become the masters of using the tables, ladders, and chairs in the matches.

ALSO READ: Matt Hardy reveals why Vince McMahon came up with the idea of ‘Hardy Bros’ 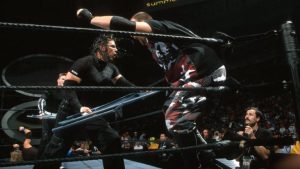 From making the breakthrough into WWE with a gimmick with his brother Jeff Hardy as Team Xtreme to Broken Matt Hardy, his fans have witnessed him portraying several gimmicks over the years.  During the interview, he was asked to reflect on his favorite gimmick which he loved to portray in his legendary career.

The former WWE RAW Tag Team Champions with Jeff, went on to reveal that the gimmick which is close to his heart was when he gained popularity and broke into WWE with Jeff Hardy as Team Xtreme. He said that it will always remain close to his heart but overall his favorite character was when he portrayed the Broken Matt Hardy in IMPACT Wrestling.

His gimmick helped make him the biggest name in wrestling for a period which showcased just how good this gimmick was. Everything about the Broken Universe was unbelievably creative and fans love it.

Here is what the former WWE United States Championship said:

Matt is currently nurturing the young talents in AEW. He has switched to Big Money persona as he continues focusing on managing the Private Party. Matt still never fails to push himself to limits to entertain the fans. He was also hospitalized after AEW All Out when he took a horrific bump. He is currently having a great time in AEW.

Previous article
Having a gay son? “I would think I failed as a man to create such weakness,” says Sean Strickland
Next article
Jake Paul vs Tyron Woodley boxing rematch sells 65k PPVs