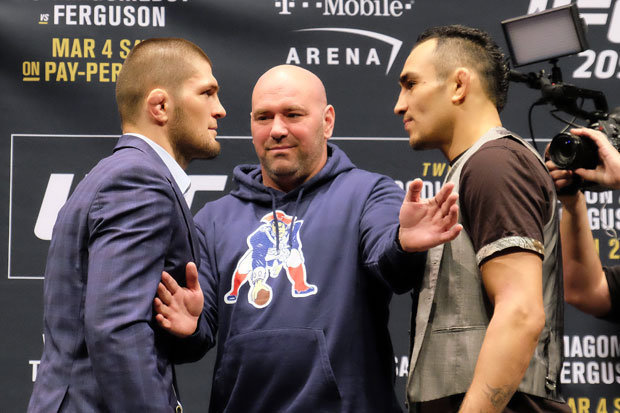 The world was shocked when the news reports about Tony Ferguson pulling out due to an injury started circulating. Even as the UFC President Dana White himself confirmed the news and named Max Holloway as his replacement, fans around the globe were in utter shock and disbelief and believed it to be an April fool’s day prank. However, the news wasn’t a prank and turned to be true. We recently reported that MMA India’s Chamatkar Sandhu, who is a noted combat sports journalist, had asked White back in January about his back-up plan for UFC 223 headliner. Instead of White Holloway had answered the question claiming that he’d be ready for the fight. Now the same question from MMA India’s Mr. Sandhu has made it to the official UFC 223: Embedded Vlog series.

The indomitable Dagestani is still undefeated in his MMA career with a record of 25-0. He is also currently on a nine fight winning streak inside the octagon. He is a black belt in Judo and is also a two time world Combat Sport champion and a highly phenomenal freestyle wrestler. His undefeated streak of twenty five wins, is currently one of the longest undefeated streaks in MMA.

In the Part 1 of the UFC 223 Embedded series, Nurmagomedov can be seen working out. After his workout, he shows the video of the press conference on his phone and talks about how Holloway had revealed his desire to serve as a back-up for the UFC 223 main-event. MMA India’s Sandhu can be heard asking White the question and instead got a reply from Holloway.

You can watch the UFC Embedded episode below: