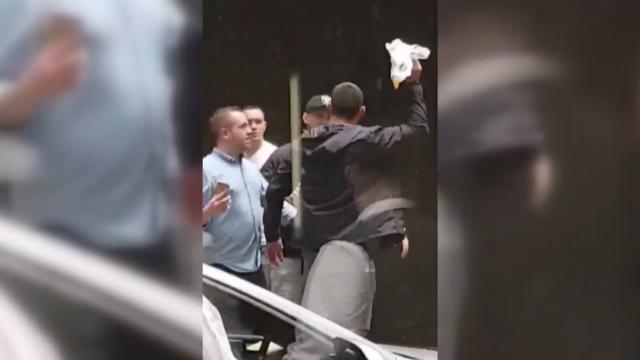 Colby Covington should’ve been expecting it…the Brazilian backlash to his comments after defeating Demian Maia in Brazil have begun.

Heavyweight Fabricio Werdum who faces Tybura in a headline fight this Saturday, ran into Colby Covington at the hotel and seems like words were thrown around, and though the first video tweeted by Dan Hangman Hooker  doesn’t really show what was said and who started it, but it very clearly shows Fabricio Werdum flinging a bommerang,wrapped in a plastic bag, at Colby Covington.

The other video taken by Colby Covington is the aftermath of the incident and has Colby shouting at Fabricio and using a ‘homophobic’ slur in the process.

The UFC issued a statement about the incident:

“UFC was made aware of the altercation between Fabricio Werdum and Colby Covington at the organization’s host hotel in Sydney, Australia,”. “The organization will conduct a full investigation to determine if the Athlete Conduct Policy was violated before taking any further action on this matter.”

Seems like Colby ‘Chaos’ Covington is living up to his Octagon name.