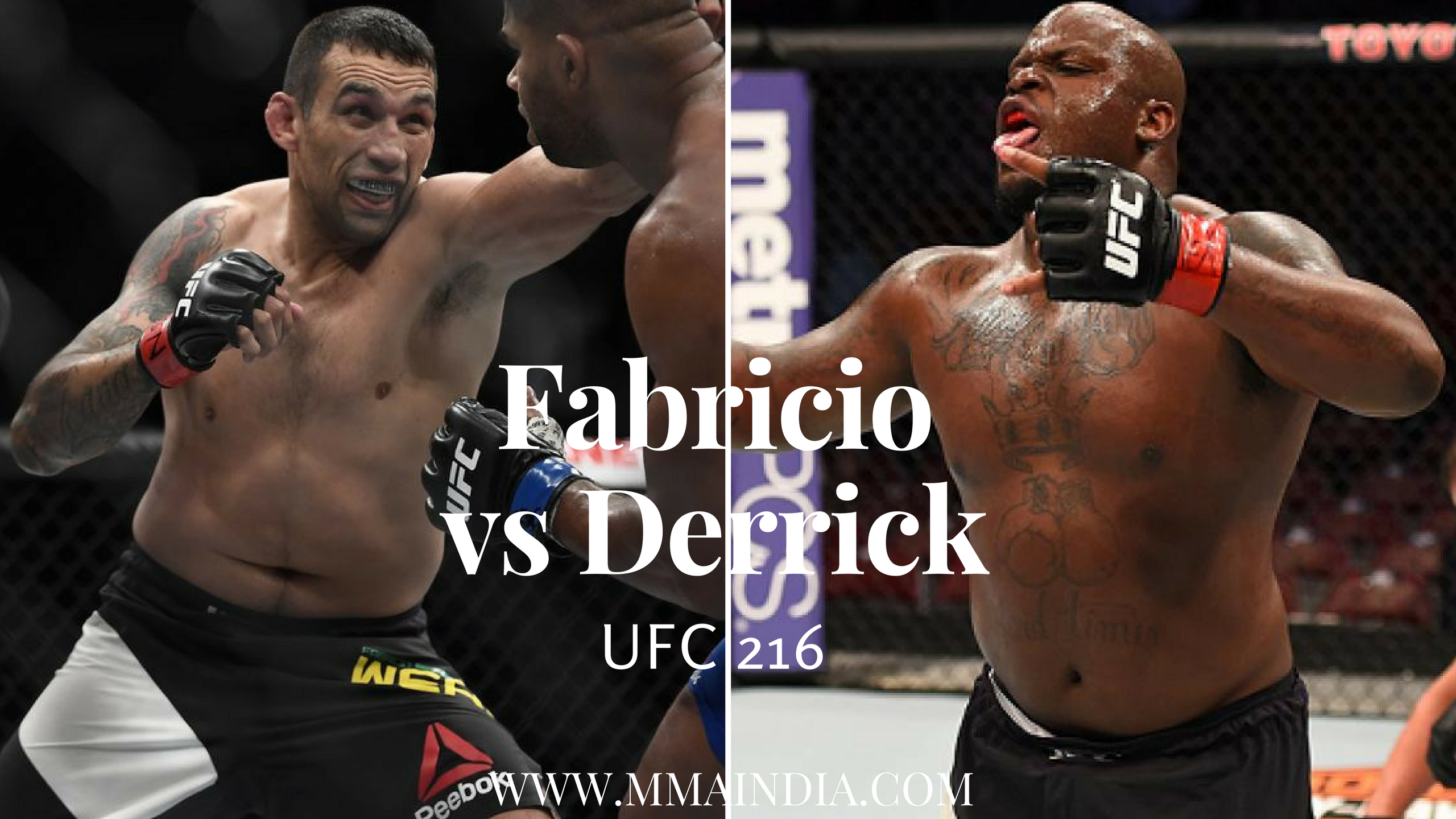 Derrick Lewis’s retirement didn’t last very long after getting TKO’d by Mark Hunt in his last fight,ending his 6 fight winning streak. But that should be put more to the timing at which he said it…and wanting to take some time to deal with a back problem…and to get married…rather than an actual desire to retire…which he also stated in a recent episode of The MMA Hour.

Ex Heavyweight champ Fabricio Werdum recently lost a majority decision in a trilogy fight with Alistair Overeem after coming off of a win over Travis Browne before which he lost his crown to Stipe Miocic.

Now word has it that both men will be facing each other at UFC 216 in Las Vegas on Oct 7th in Las Vegas.

This is potentially an explosive fight and Derrick Lewis’s biggest challenge so far and another stepping stone for Fabricio towards a title shot again.

Previous article
8oz gloves: Be careful what you ask for
Next article
Stephen Thompson vs Jorge Masvidal at UFC 217 : Get ready for fireworks