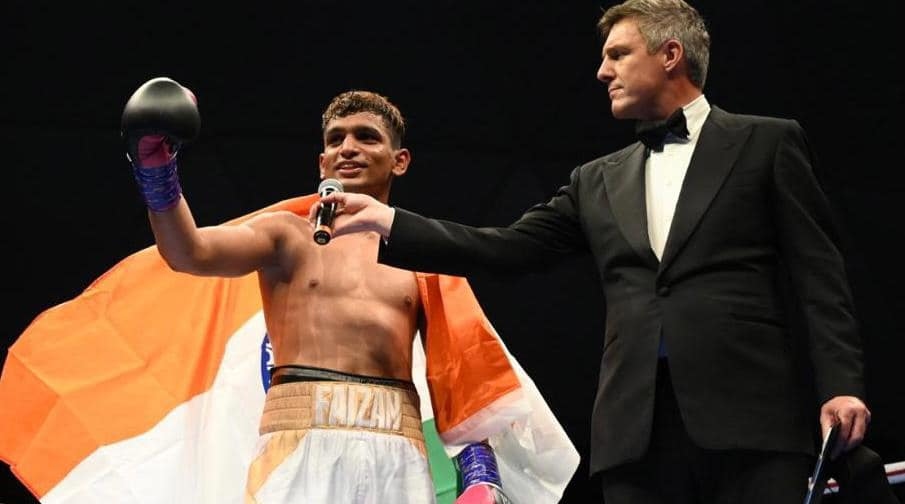 Undefeated Indian Boxer Faizan Anwar is all set to fight on June 5 in Dubai against a Ghanaian opponent in Justice Addy.

Faizan Anwar is signed to MTK promotions, but this fight is taking place on a different promoter’s fight card. Faizan Anwar was last seen in action against Evengii Vazem who is an experienced professional boxer with 23-fights under his belt.

In that fight, Faizan Anwar was easily able to defeat him putting the regional fighters in his division on notice. It was a pretty big fight card, as it was headlined by a world title fight between Carl Frampton and Jamel Herring. 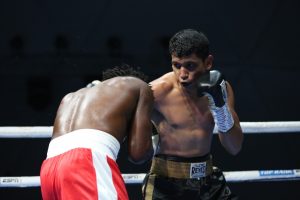 Prior to that, he defeated JR Mendoza via unanimous decision on 9th October in Dubai. The Kolkata born boxer is currently ranked #1 in the country in the welterweight division.

The MMA India Show had the opportunity to chat with Faizan Anwar to get his thoughts on the upcoming fight.

2.) What do you know about your opponent?

“My opponent is good and is very strong. And he has like 16 wins and 8 losses and he is definitely experienced than me and has fought in big shows against big names and one good thing is like I have seen him fight in Dubai when I first came to fight here. I saw him fight with one of my known people, so it’s good.”

3.) How has your preparation been during covid?

“The preparation during the covid was tough. Like in the starting it was very tough as right after the lockdown the Dubai government was very strict restriction for covid. We couldn’t do proper sparring and proper condition. All we did was just basic practice but now it’s going good as the Dubai government has allowed us to be free. So now we are getting to do sparring back to back and now we had a really good training camp so now it’s getting better.”

4.) How are you going to approach this fight?

Who do you guys think wins in a fight between Faizan Anwar and Justice Addy? Let us know in the comment section