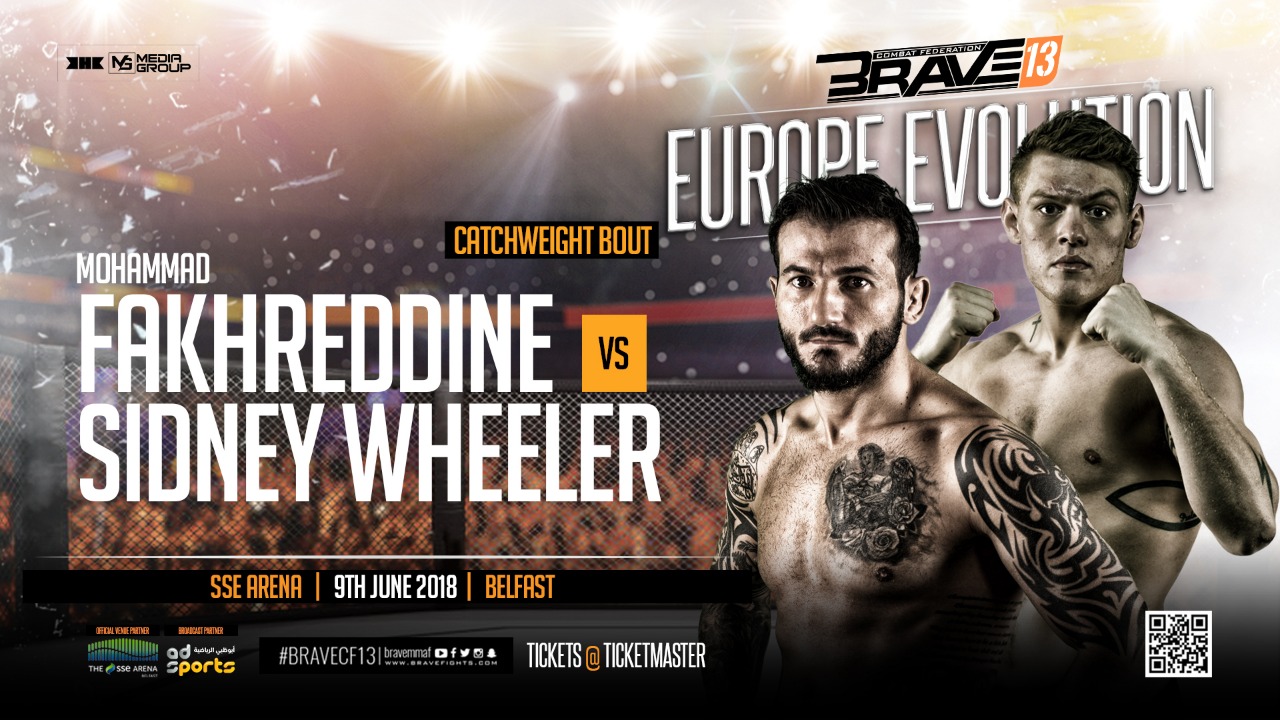 Brave Combat Federation officials announced today the return of Mohammad Fakhreddine to competition. The Lebanese superstar takes on “The All-American Kid” Sidney Wheeler in a Catchweight bout of 80 kg., in the main card of Brave’s debut event in Europe, Brave 13: Europe Evolution, set for Belfast, Northern Ireland, on June 9th.