Fakhreddine & Suleiman coach expects fireworks from his pupils at Brave 10 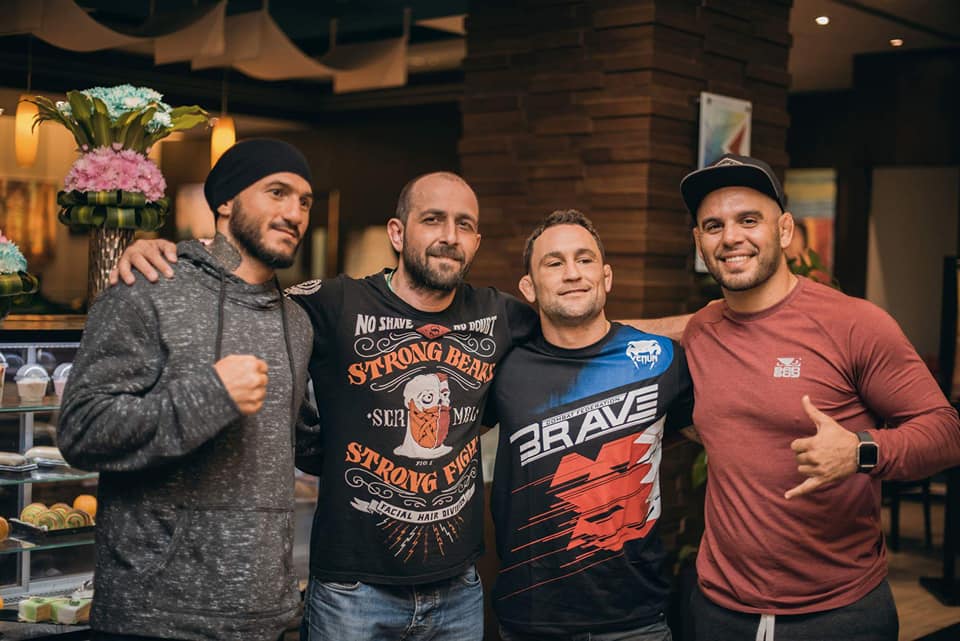 Ashraf Shishani will be involved in two of Brave 10: The Kingdom Rises’ biggest fights. The event, set for Amman, Jordan, on March 2nd, will feature Mohammad Fakhreddine and Tarek Suleiman, friends and teammates. They will face Tahar Hadbi and Will Fleury, respectively. As a coach of both fighters, Shishani has been encouraged by what he has seen from their fight camps and promises fireworks in both bouts.

Talking about Fakhreddine’s rematch with rival Hadbi, the Shishani Submission Systems coach said his pupil was keen on leaving the trash talk out of the training camp and said he expects a more technical Mohammad Fakhreddine on fight night.

His other fighter on Brave 10 will make his promotional debut. Middleweight Tarek Suleiman will face Will Fleury, and Shishani praised his student’s mental toughness and guarantees he will get the job done.

“Tarek’s been training well for ages. He basically had a six-month training camp for this fight. He had a couple of bouts canceled, then he fought, but that ended quickly, so he’s right back on the gym. He’s so tough mentally, he had a few problems with those fights falling out, but he just kept going. It’s not gonna be a walk in the park against Fleury, but I know Tarek will get the job done”, says Coach Shishani.

Previous articleUFC: Renan Barao on move to ATT changing everything
Next articleUFC: Amanda Nunes vs Racquel Pennington set for UFC 224