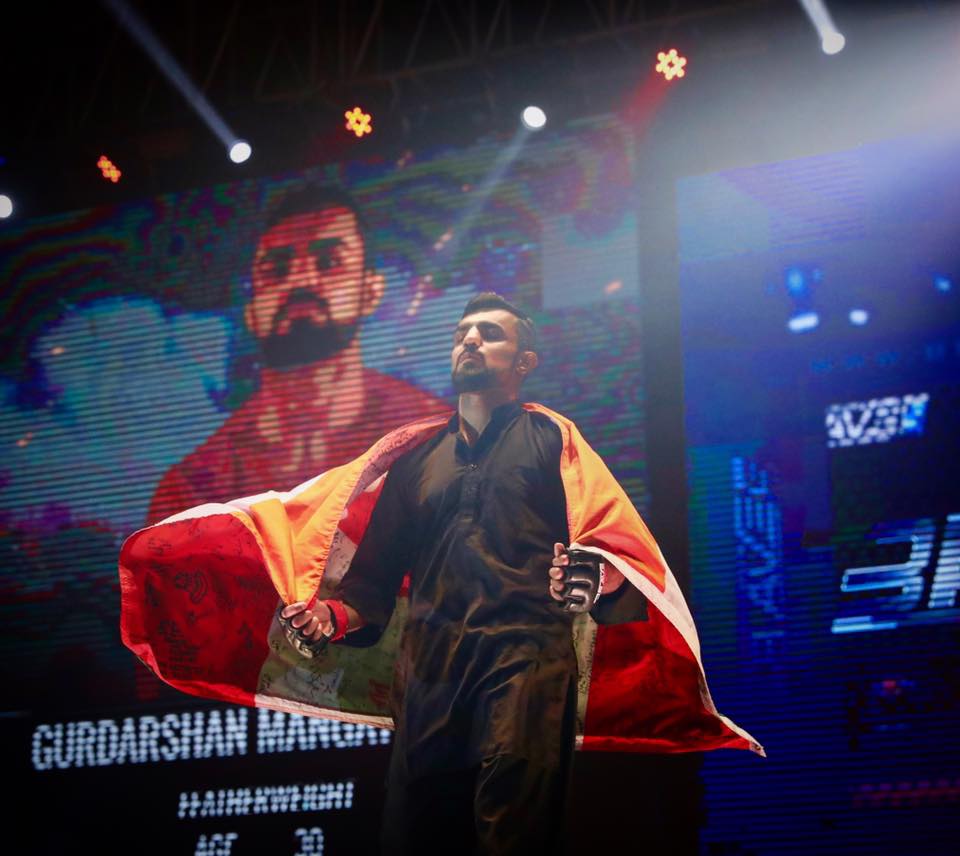 Gurdarshan Mangat hopes a­­ family tragedy will spur him on to become the first-ever Indian MMA fighter to hold a major world title. He meets Stephen Loman on the main card of Brave 9: The Kingdom of Champions, on November 17th, with the inaugural Bantamweight belt on the line, but he has revealed he was close to pulling out of the bout. However, “St. Lion” remained focused on the task at hand in order to put Indians on the map in MMA.
Mangat lost his grandmother right at the beginning of camp but said his wife’s support has enabled him to isolate himself from the grief and focus on training for Brave 9. He credits his family’s support with being able to pull through his personal tragedy in order to try and make history for Indian MMA.
“I don’t fight for me. I fight for my people, for my family and now for my grandmother, who passed away at the beginning of my camp. I wanted to pull out, but my amazing wife sat me down and allowed me to leave everything to focus solely on the title, on pursuing this dream I have. I’ve been isolated from everyone, just focusing on my fight and on training, splitting my time between Montreal and Vancouver and looking for the best training partners I can find”, claimed Mangat.
Even though his focus is on the inaugural Bantamweight title, “St. Lion” admits he hasn’t studied his opponent, preferring to focus on himself and on his own preparation for the groundbreaking event.
“I don’t know much about my opponent, other than some tapes I’ve seen of him. I know he’s somewhat of a good wrestler, he’s strong, but I don’t think he will show me something I’ve never seen before. I don’t believe he really brings anything new. I know he’s training hard because he’s got a great opportunity in front of him, but I think I’m better than him from every angle and in every single martial art. He will be surprised with me on November 17th“, says Gary.