WATCH: Fan tries to get into the Octagon at UFC 274, gets flung to the floor by guard 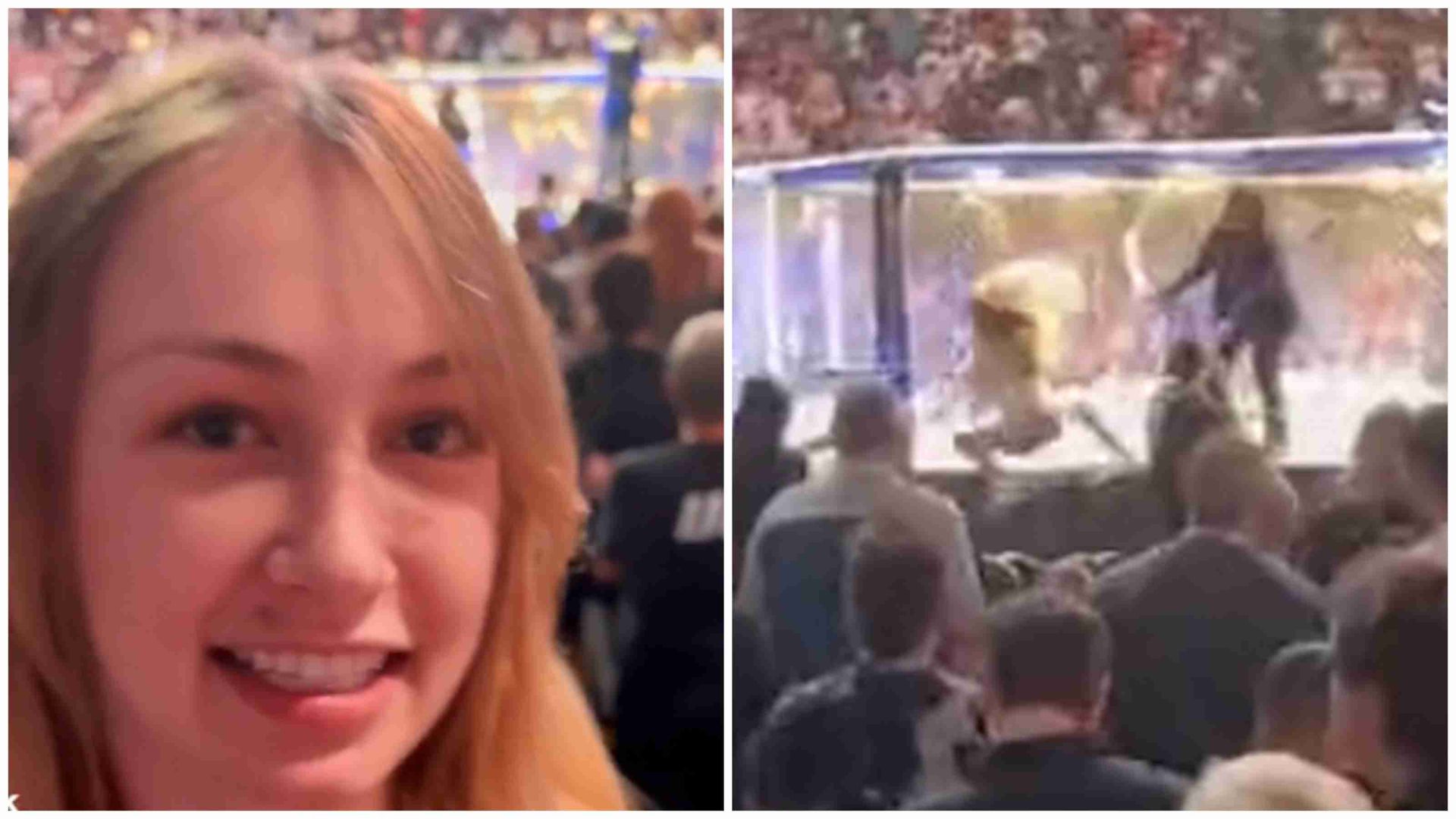 A female fight fan wanted to have a moment of fame moments after the main event of UFC 274 and attempted to scale the cage, only to be thrown down to the ground by a security guard.

Moments following Charles Oliveira submitting Justin Gaethje in the UFC 274 headliner which took place at the Footprint Center in Phoenix, Arizona last Saturday night, a female fan jumped out of the first row and as people were walking towards the Octagon, she rushed to the cage and attempted to climb it, while the highlights of Oliveira’s win was being displayed on the jumbotron. However, the fan was denied entry into the Octagon as a security guard on high alert promptly saw her antic and pushed her to the ground.

Check out the clip below, courtesy of Twitter user @ConOfCombat-

While it is expected that she was thrown out of the area following her stunt, there is yet to be any lead on whether she sustained any injuries after being thrown to the ground by security, or if any charges have been brought against her.

While there is no shortfall of security to stop crazy fans from entering the Octagon, UFC president Dana White has felt the lack of a “scale security guard” which he feels is necessary to prevent any future repetition of the weigh-in fiasco that took place prior to UFC 274.

The fundamental issue being several fighters facing problems during the weigh-in, and the focal point of it was linked to the main event between Charles Oliveira and Justin Gaethje. Oliveira, who initially weighed in at 155.5, was stripped off of his lightweight belt after failing to make weight and couldn’t make things work even after he was granted one extra hour to do so. In the press conference that followed afterward, Dana White insisted on bringing in extra security to prevent any reoccurrence of the mess that went down ahead of UFC 274.

“We have this issue where guys come out and they’ll start checking the scale the night before and all the Europeans and guys from other parts of the world do kilos, so they all start f****** with the scale to look at kilos and, who knows… ,” said White.

“There’s so many moving parts to this beast of a machine that we run every week, and we’ve got to have a security guard in there where the scale is now. It’s something we’re going to have to do,” the UFC prez added. [H/T MMA Fighting]

What do you think of the fan trying to climb the Octagon at UFC 274? Let us know in the comments.