Exclusive with Farhad Hazratzada: Afghan by birth, Indian at heart! 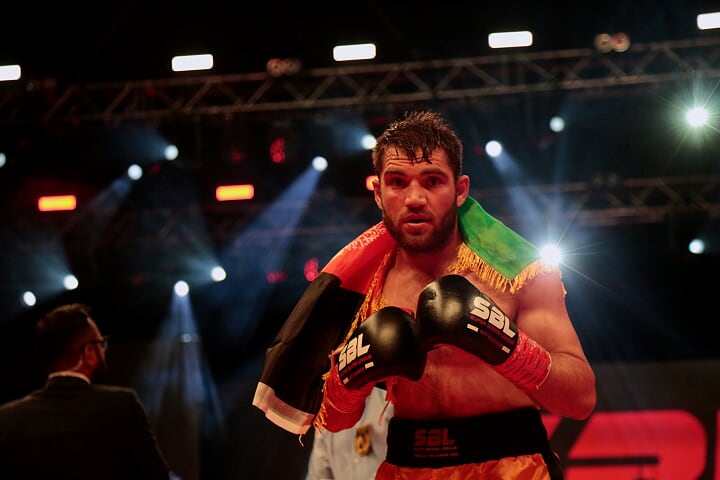 For the latest edition of the fighter’s profile, we take a short hiatus from the North-Eastern region of the country to all the way to the mountainous country of Afghanistan. The MMA India Show had the opportunity to talk with Aghani MMA fighter Farhad Hazratzada.

Hailing from the city of Gardez, Afghanistan, Farhad Hazratzada has made Pune, India his base to further his MMA as well as boxing career. Farhad made his professional MMA debut in 2016 at SFL 48 against Sandeep Yadav and defeated him via rear-naked choke in the first round.

Farhad fought British middleweight Michael Hennesy Jr and the fight resulted in a majority draw on judges scorecards. Farhad Hazratzada talked about how he spends his time between India and Afghanistan. Currently, the 28-year old is back home spending time with his family in Afghanistan.

1.) How have you been spending time during this lockdown?

After this, I have my breakfast and then I go to study some books in the library and then watch some TV…I usually like watching sports movies and UFC on television. That’s usually how I am spending my time in lockdown.

2.) What got you started in MMA? Did you have prior martial arts experience?

Prior to transitioning to MMA, I was a boxer and I had won numerous gold medals fighting in university games in India. Around 2012-13, Super Fight League matches were taking place in India and one of my friends encouraged me to join SFL. So at that point of time, I decided to train in MMA as well.

Furthermore, I used to watch UFC on TV and then started researching about the sport on Youtube and that’s pretty much how my journey started.

3.) Did you decide to move to India to compete in MMA or did you have other plans?

Not at all, initially, I came to India to study economics at the University of Pune. But at the same time, I also started training in Mixed Martial Arts and Boxing. To add to that, I won a gold medal in boxing in the university games and it was the best thing to happen to me. I got sort of famous and it was a good opportunity for me and I fought in many competitions and I won lots of medals and I got lots of respect from India, from Indian people and also from my Afghani people. I have always gotten lots of love and support whenever I come to India.

When I was a boxer in India, I fought in Symbiosis college and won a gold medal and many foreign students from Iran and other countries became friends with me. They asked me to train in MMA and then I joined an MMA gym in Pune and I took my first session and it was a very interesting experience for me.

My MMA coach told me that I was very tough and that I should participate in MMA and that he had a friend in SFL and would recommend them to sign me. So he finally got an SFL contract for me to fight at SFL 47 and it was an amateur event. I fought Ankit Chaudhary and defeated him via RNC in Round 1. 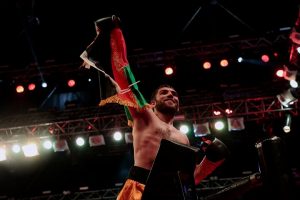 After this, I got a professional contract to fight at SFL 48 and this was the main event fight and I won my pro debut. Following my victory, I met with a lot of matchmakers and gym owners. I also met with the owner of the Dragon MMA gym owner Ambildhok Santanu and also AIMMA head Daniel Isaac and a lot of other good people. So far I have had seven fights in SFL and have won four of them.

5.) You also transitioned into professional boxing, how has that journey been for you?

My transition to professional boxing was a very interesting moment for me. When I heard that I was going to fight on the undercard of two-time world champion Amir Khan and Rio Olympic gold medalist from Tajikistan, Shakhobidin Zoirov was also fighting on the card, I immediately jumped on the opportunity. A lot of other famous fighters like Hughie Fury were also fighting on the card.

Prior to flying to Saudi Arabia for my fight, I hired a good boxing coach Haji Latif from England and for three months, I started training extremely hard. I fought Michael Hennesy, who is from England and it was a very interesting fight and I thought I had won the fight. However, the judges scored the fight as a draw. 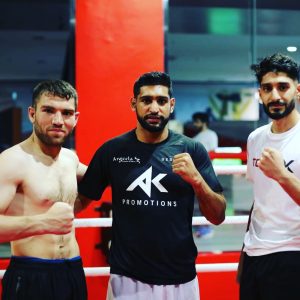 Regardless of how the judges’ decision went, I cherished every part of my journey there. I had the opportunity to go the Mecca, who is a holy place for me and I did my Umrah which is a Haj pilgrimage. However, I am ready to fight anyone anywhere, be it MMA or boxing, because I am a very hard working guy and I am ready for any challenge.

6.) Do you feel you’re better suited for boxing or MMA?

*[Laughs]* That’s an interesting question and I think I am better suited for both. I am a very aggressive fighter and whenever I sign a professional contract, I always notice the amount of money I am getting and how much famous I can get from the fight. I train for the very hard regardless of the sport I am fighting in. Even if I don’t have a fight scheduled I still train and remain in shape. So If I get a fight on short notice, I am ready to take it.

In BRAVE CF 20, I got a very short notice fight against Nidhin Koshy and I knocked him out in the second round. I have very high aspirations as far as MMA is concerned and I am working hard to make my dreams become a reality.

7.) How’s the training infrastructure for MMA in India? Do you feel you’re getting adequate training?

One thing I like about training in India is that the coaches are very educated and have full knowledge regarding the MMA. My coaches in India always inspire me and tell me to have the mentality of a champion. So whenever, I train I always keep those words in my mind and that mentality has helped me a lot in my career to get victories and I am hopeful that one day I will definitely become a champion.

The training infrastructure in India is also very good and if you go to any proper gym, they have all the right type of equipment for training.

8.) Lots of MMA fighters are coming out of Afghanistan, what would your message be for them? What steps should they take to get better as a fighter?

First of all, I would like to tell them that they should respect India and Indian people. Secondly, they should get in touch with proper people to further their MMA career, beware of posers who don’t have adequate knowledge of MMA or the business revolving around it as it will hamper their abilities to get fights in big promotion. 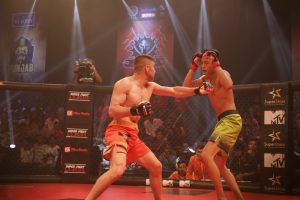 Thirdly, the fighters should know about the coaches before joining the gym to train under them. A right type of coach will give you the right type of training and will increase your chances of winning fight. The one thing I love about India is that they respect people that have the talent and they don’t discriminate against people when it comes to nationality. I have been staying in India for six to seven years and I have never faced any type of discrimination. Even when I fought against an Indian fighter, the locals supported me and they treated me with respect.

9.) How has spending time in India been for you?

For boxing or MMA, I have always been treated fairly and even if I have met people once they have guided me correctly and helped me in winning my fights. That is something I will never forget about India and the people there and it is like my second home.

I don’t want to leave India and during this lockdown, I came to Afghanistan and after the lockdown ends, I will be back and I have lots of good friends and memory from the time when I was there. I will soon start my training at Dragon’s MMA gym in Pune.

10.) How often do you get to visit Afghanistan?

I visited Afganistan twice a year. I visit them whenever I miss them or they have some problem.

Let us know what do you guys think about Farhad Hazratzada in the comments section below.

Previous article
UFC cutman caught on camera showing support to alleged ‘domestic terrorist group’
Next article
Jorge Masvidal fires back at Dana White; reveals when he will fight next!