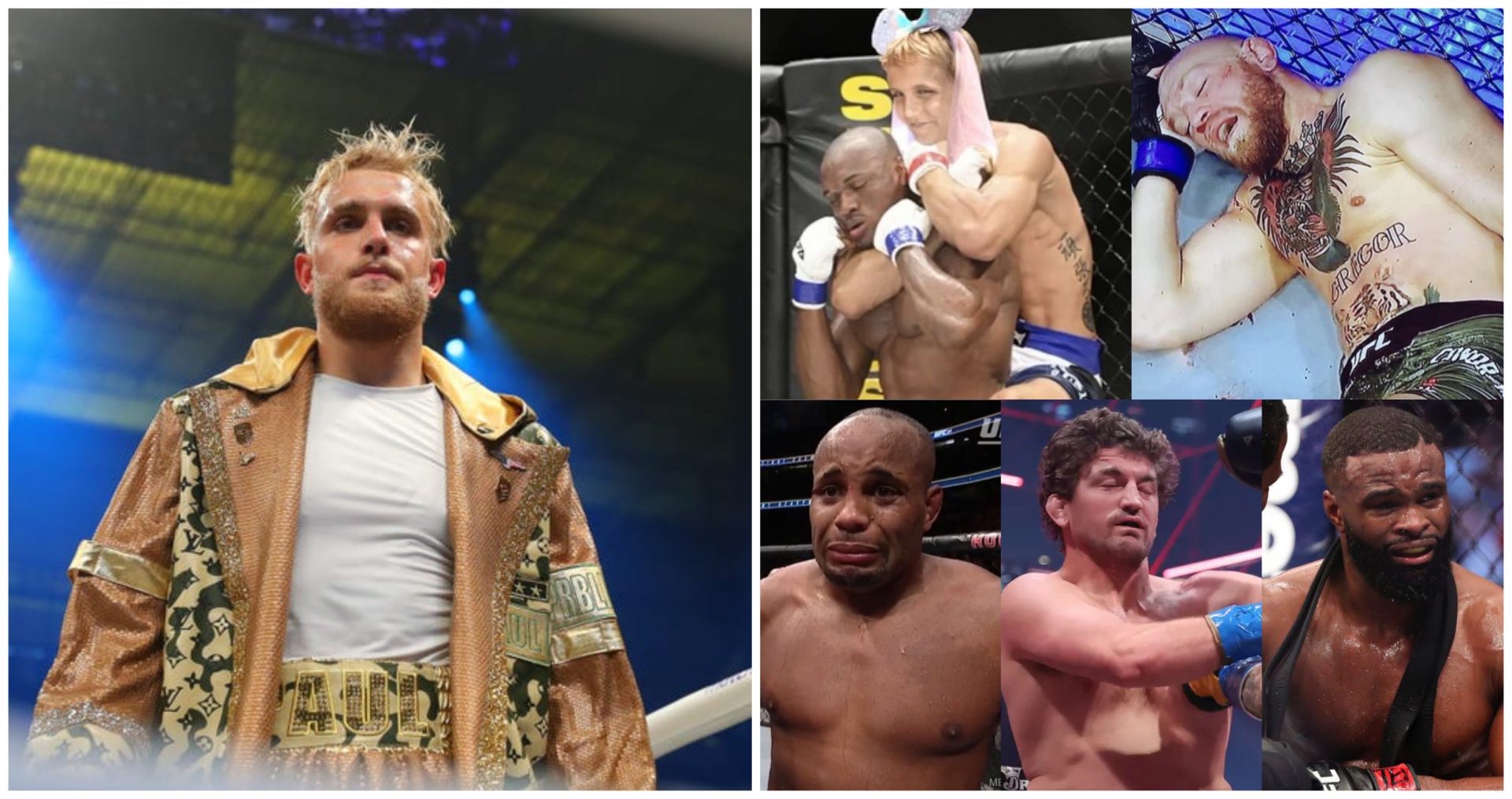 Jake Paul has been a ‘proud father’ on this year’s Father’s day, as the YouTuber turned professional boxer sent his warm greetings to his five “sons” in the UFC- Kamaru Usman, Conor McGregor, Daniel Cormier, Ben Askren and Tyron Woodley.

The combat sports community has been well aware of Jake Paul and his theatrics. The 24-year-old, who is famed in the boxing fandom by his nickname ‘The Problem Child’, stays true to his in-ring moniker with the banter and trolls he pulls on social media.

The undefeated pugilist, who is now 3-0 in his pro career, rose to prominence after his brutal knockout of former NBA star Nate Robinson last November, in the undercard of the Mike Tyson vs Roy Jones Jr exhibition bout

On 17th April, Jake squared off against multi-promotion MMA champion Ben Askren to a boxing match and came out with another KO win at the Mercedes Benz Stadium, marking his third professional victory.

Now, Jake is slated to face former UFC welterweight champion Tyron Woodley on 28th August in his next pro boxing fight and knowing his nature, Jake has embarked on his leg-pulling on Woodley, and has even involved four other UFC icons in the histrionics.

Last weekend, on the eve of Father’s day, Jake took to Twitter to wish five of his “sons” who have made him proud via their achievements inside the cage, and along with Woodley, the list features Kamaru Usman, Conor McGregor, Daniel Cormier and Ben Askren.

“as a father myself, today means a lot to me. even though they’ve all lost a lot… my sons all have made me so proud,” Paul tweeted.

as a father myself, today means a lot to me.

even though they’ve all lost a lot… my sons all have made me so proud🙏🏼 pic.twitter.com/LJPcX0LnTi

The photo along with Jake’s tweet featured a collage of the five fighters from their losses, as well as an edited photo of a younger Jake choking Usman.

Knowing Jake, he is specifically targeting to set a feud against MMA fighters and those can be the future opponents he squares off in the boxing ring because he is yet to target an actual boxer.

However, he recently hinted on a future matchup against unified super middleweight champion and number one pound for pound boxer in the world Canelo Alvarez, no matter how peculiar it may sound to any combat sport fan.

Who do you think Jake Paul will fight after Tyron Woodley? Let us know in the comments.