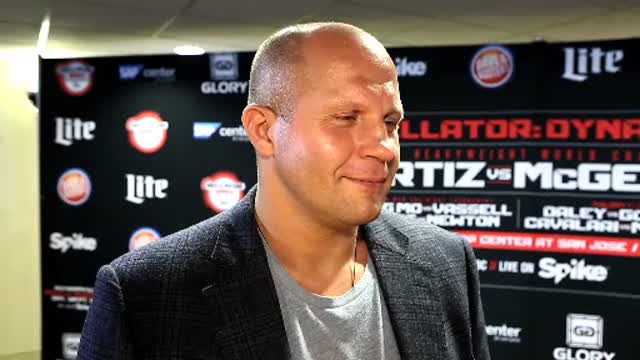 At 42, Emelianenko has been competing on the sport’s highest stages for 18 years and is widely regarded as one of the best to ever set foot in a cage. He has fought at Bellator, Rizin fighting federation and Pride fighting championship. 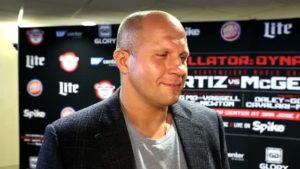 However despite being considered as the GOAT by everyone he hasn’t fought in world’s biggest and most recognised Mixed Martial Organisation, the Ultimate Fighting Championship(UFC).

However, even Fedor knows that his time is nearing and he can’t keep fighting for long and was recently asked during Bellator 214 media week if he had any regrets over not fighting in the UFC.

Fedor Emelianenko has “absolutely no regret” in regards to not having fought under the UFC banner:

“Absolutely no regrets, I don’t have any wish or desire to have fought in UFC. I like being in Bellator.”

“For me the fame of UFC, that’s more made up and Bellator has a very good relationship with their fighters and they treat them well.” He said.