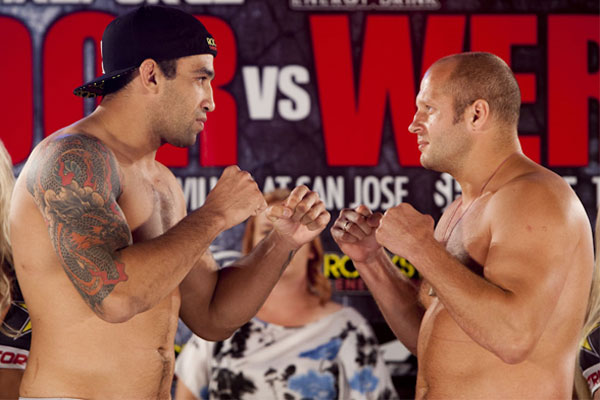 Back in June 2010 – previous UFC heavyweight champion, Fabricio Werdum, sprung perhaps the greatest miracle in the world of fighting. Fedor was undefeated in an astounding twenty-eight excursions – however, due to a pivotal first-round armbar was submitted by Werdum in a San Jose, California main event. 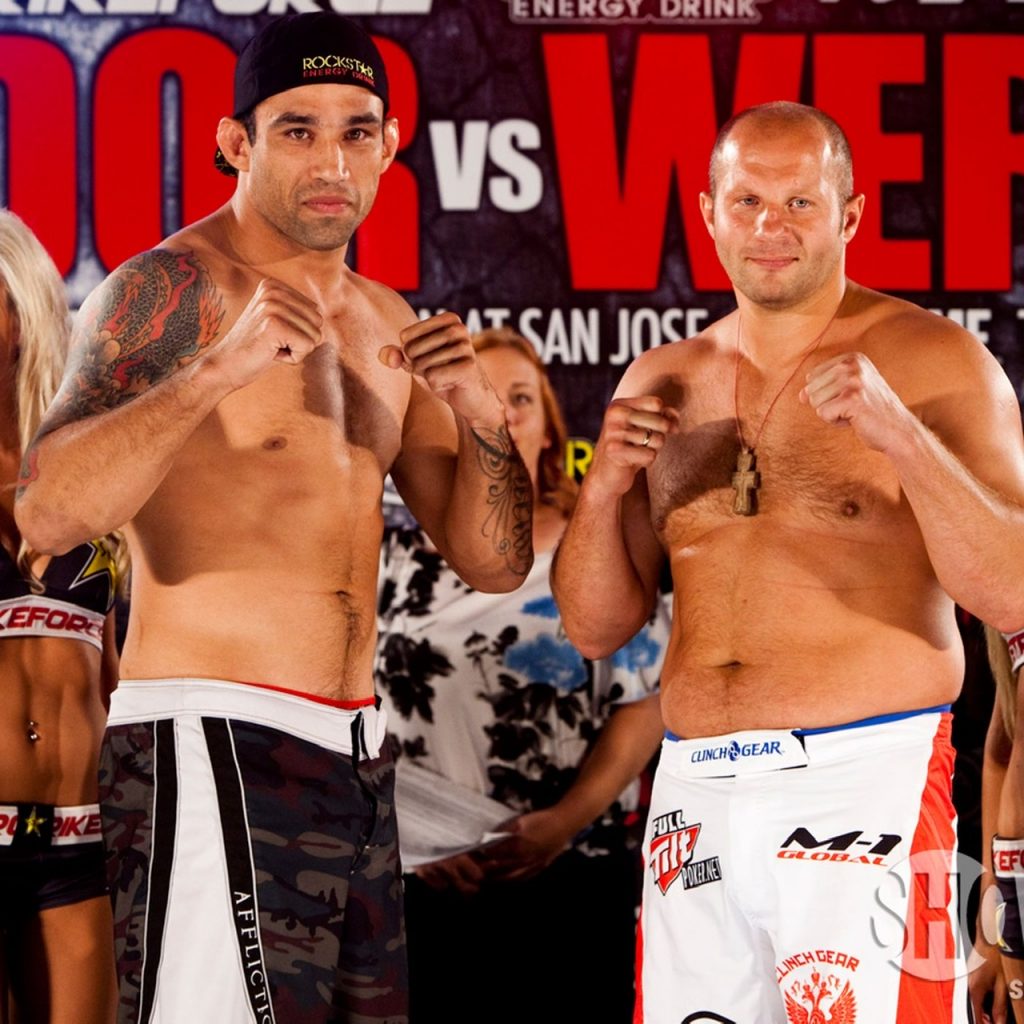 Prior to the COVID-19 pandemic, Bellator had begun planning a “retirement tour” for the 43-year-old, with potential stops in the U.S., Russia and Japan. However, the unforeseen outbreak threw a wrench in those plans.

As for potential opponents, Emelianenko expressed interest in free agent Fabricio Werdum. Only six men have defeated Emelianenko – and Werdum (24-9-1) is one of them. After his most recent UFC fight that finished off his contract, Werdum voiced his desire to rematch Emelianenko.

In 2010, Werdum scored a shocking upset of “The Last Emperor” under the now-defunct Strikeforce banner.

In a recent interview, Fedor made the following statement –

“For myself, yes, I would like to fight him (Fabrício Werdum), Whether that’s a fight fans are interested in seeing or Bellator is interested in putting on, I don’t know that.“

Bellator president, Coker gave his thoughts on a rematch between Emelianenko and Werdum.

“(The plans) haven’t changed, It’s just now, we have a little beat now because of the COVID situation. We’re going to see how it goes because Europe has started to open up where you can actually have some fans. The numbers are way down, and they kind of have it under control a little bit better than we do (in the United States).“

“But, listen, Fedor has to fight in front of fans, I think that’s why you don’t see a lot of the MMA stars fighting now because they need the fans there to support it. Fedor is the same way. He’s the greatest heavyweight of all time. For me, it would be a shame for him to fight in an arena where there’s nobody there to watch his last few fights. We’re going to play it by ear. This is actually the first time I’ve seen Fedor.“

“I love Fabrício (Werdum), and it’s something really that is Fedor’s decision. One of the things I’m going to talk to Fedor (about) tonight is, ‘Is this an important fight for you?’ Whatever he says, then we’ll make it happen. If it’s an important fight to him, then we’ll probably put it together. If not, it doesn’t mean we won’t still pursue Fabrício.“

Johnny Walker plans to move up to heavyweight

Previous articleSean O’Malley on Marlon Vera: ‘I am going to be world champion, he is going to be a journeyman’
Next articleUFC 252 sells 500,000 PPV worldwide