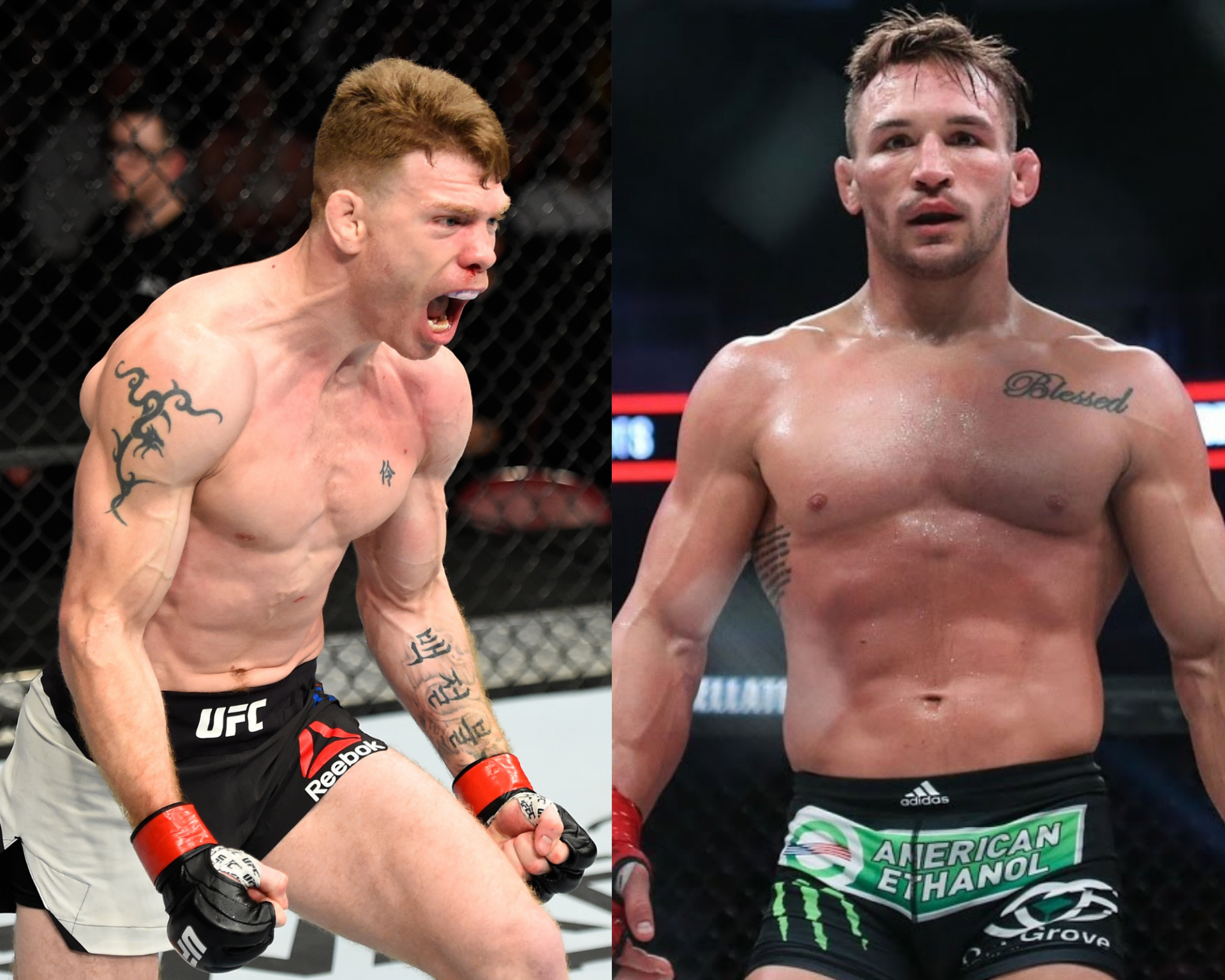 UFC lightweight Paul Felder says he told UFC president Dana White that he wants to be the one to welcome Michael Chandler to the Octagon.

Chandler, the former three-time Bellator lightweight champion, was recently signed to a lucrative free-agent deal. As part of Chandler’s new deal with the UFC, he has been selected as the official backup for the UFC 254 main event lightweight title unification bout between Khabib Nurmagomedov and Justin Gaethje. The UFC typically doesn’t give that kind of opportunity to a newcomer, which shows you how high the promotion is on him. 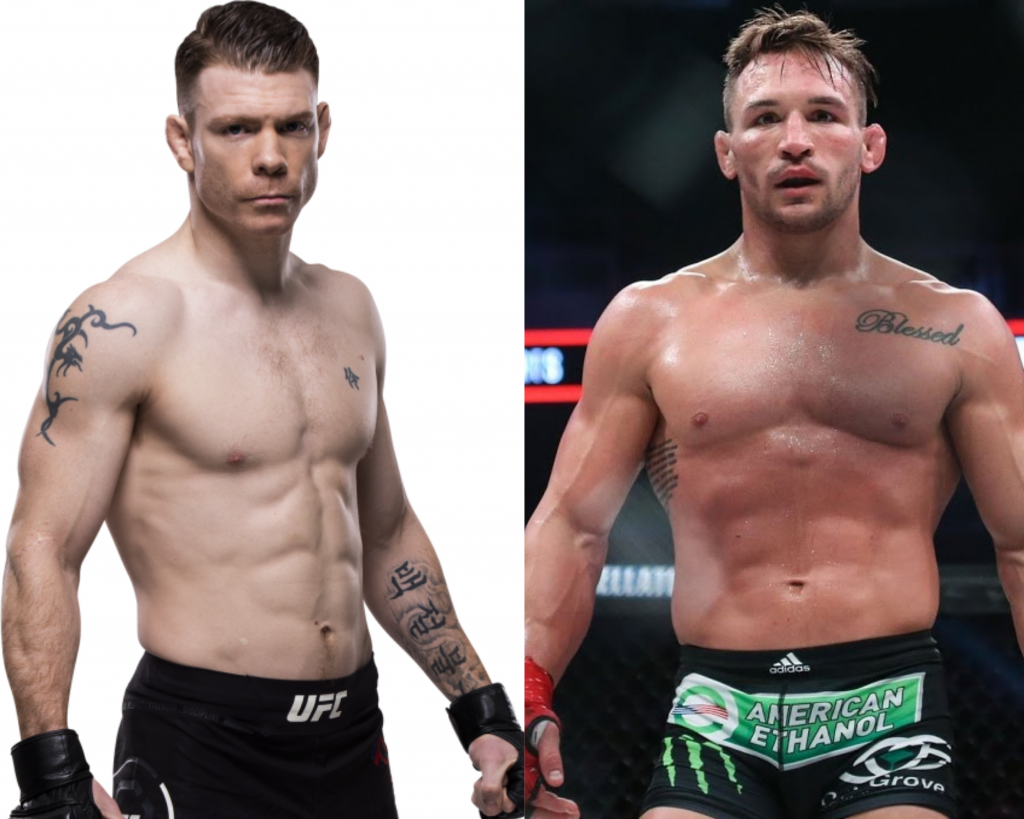 Of course, Chandler is only a backup, so — fingers crossed — if Nurmagomedov and Gaethje make it to the fight unscathed, then he won’t fight. In that case, he’ll likely want to jump back into the Octagon later this year, and if that’s the case, then Felder wants him. Speaking to reporters on Fight Island, Felder made it known he wants to fight Chandler.

“There are only a few names I’d even be interested in coming back to fighting. It’s the top guys: Hooker, Ferguson, obviously Michael Chandler is going to come here to ‘Fight Island’ to be a backup. Hopefully, that doesn’t happen, right? I think we can all agree we don’t want that to happen. It’s good that it’s in place. God forbid something goes down. But that’s a fight I’d like to come back for in December or early next year,” Felder said.

“I would’ve at least asked when the date was and talked to the team and figured out a training camp potentially,” Felder said. “I’ve made it known that’s a fight I’d be interested in. I even texted Dana White when he first was talking to Chandler, saying, ‘Hey, if you need somebody to introduce him to the big show then I’d be interested.’ I have no disrespect toward Chandler. I think he’s a great athlete.” 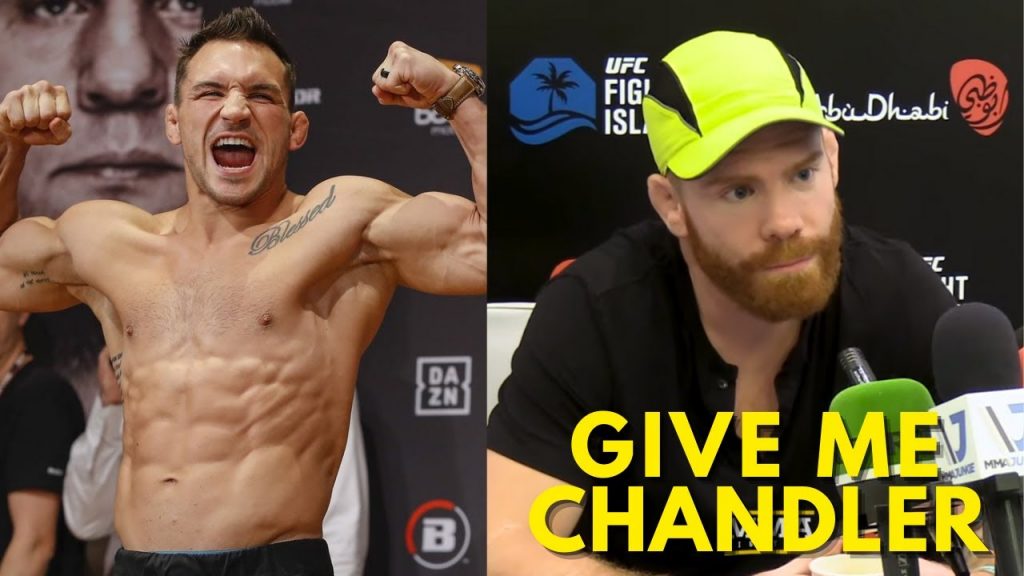 Felder is currently the No. 7 ranked lightweight on the UFC roster. He hasn’t fought since earlier this year when he lost a razor-thin split decision to Dan Hooker in New Zealand. Felder, who also works as a UFC color commentator, has openly spoken about potentially retiring, but he has left the door open for big fights. Being the man to welcome Chandler certainly qualifies, so let’s see if the UFC matchmakers give Felder what he wants.