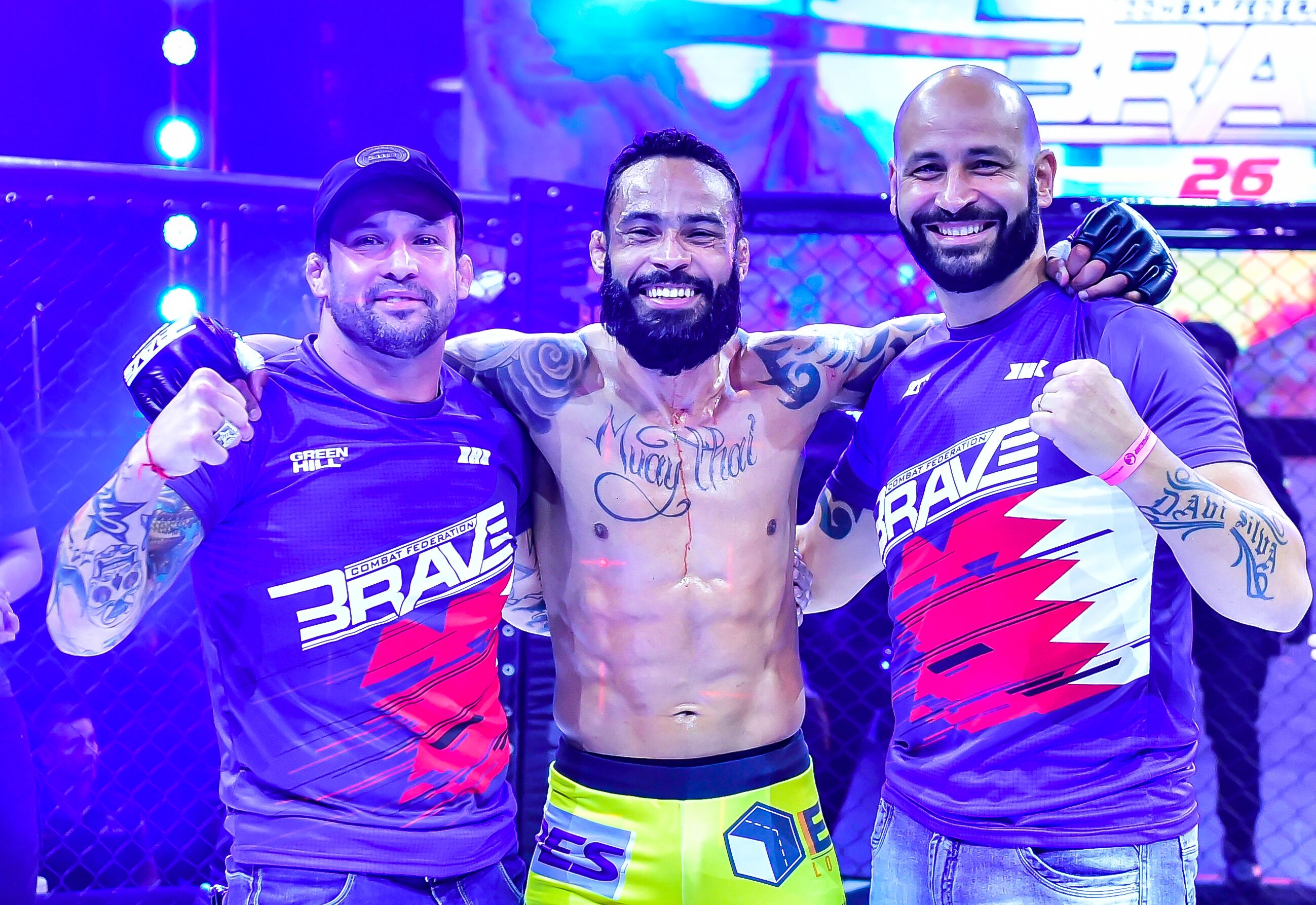 Lightweight striker Felipe Silva had an impressive debut for BRAVE Combat Federation, as he was able to outstrike Dumar Roa and dominated the stand-up en route to a first-round TKO win at BRAVE CF 26, in Colombia. As he prepares to a contender’s bout against Guram Kutateladze, he wants to avenge his “little brother” Luan “Miau”.
A former world champion, Luan lost his title against Cleiton “Predator”, who later mentioned Felipe as a possible opponent for his first title defense. Silva guarantees that this bout would interest him, and is looking to beat Guram in order to challenge Cleiton, and avenge “Miau”.
“Guram is a very tough fight and I’m not looking past him at all. It will be a great challenge, one that should have happened already, but I think I can beat him. And then I want to fight for the title. This champion keeps saying my name, and I want to take it off his mouth with my fists”, challenged Felipe.
A muay thai teacher, Silva is also known as the striking coach for CM System, arguably the current best MMA team in Brazil. He has developed a close bond with Luan, who is going up to Super Lightweight to face Gadzhimusa Gaziev also at BRAVE CF 29. Felipe is hoping for a clean sweep for his team, and a challenge to come after the fight. 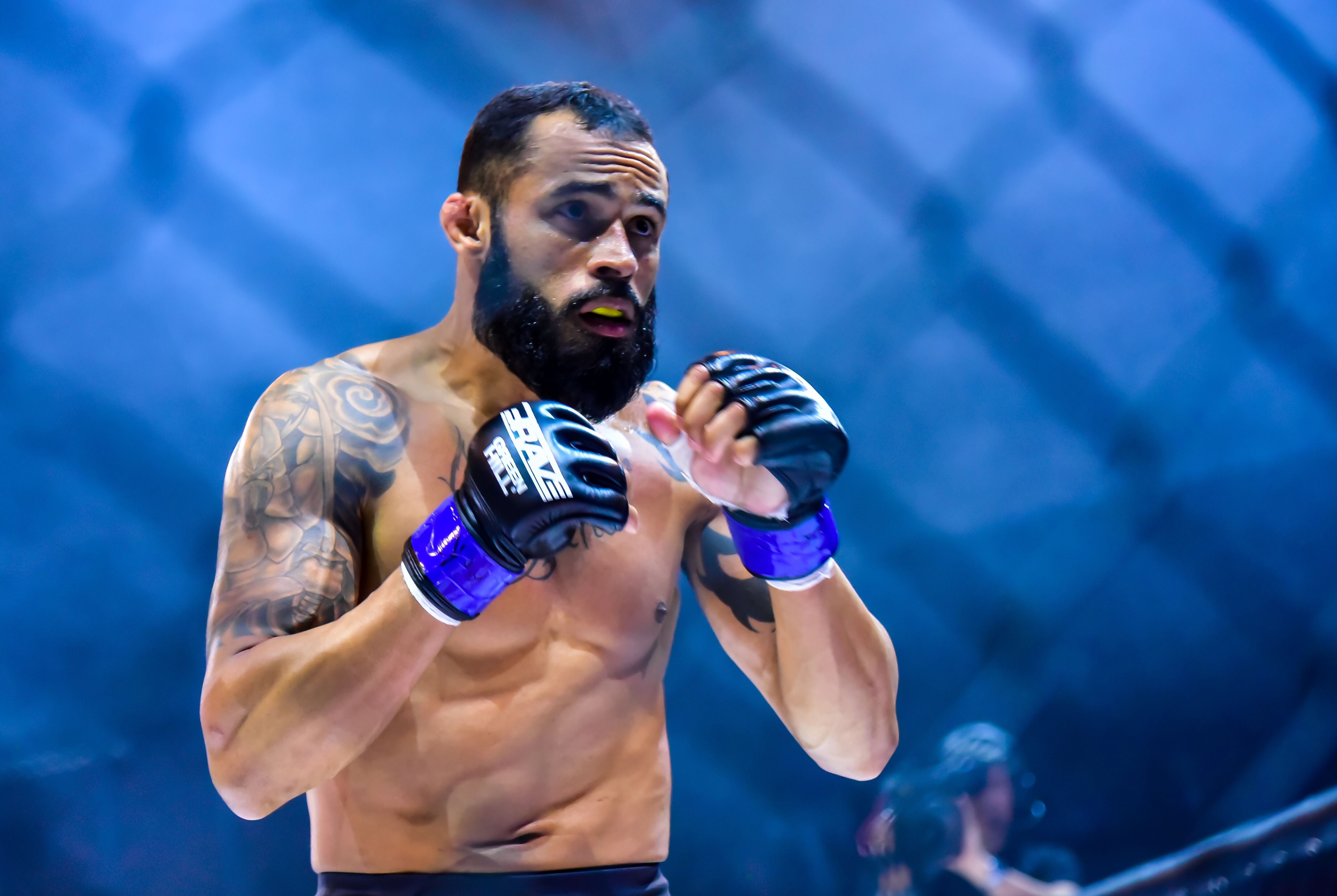 BRAVE CF 29 takes place during the BRAVE International Combat Week, Asia’s largest combat sports festival. It will happen on November 15th, and it goes during IMMAF World Championships, considered the Olympics of MMA. The event will also feature the KHK World Championship, a one-night, four-men, open weight tournament, which will hand the winner a US$ 100,000 check, plus the right to be called the provisional owner of the KHK belt, adorned with 6.2 kg of gold.