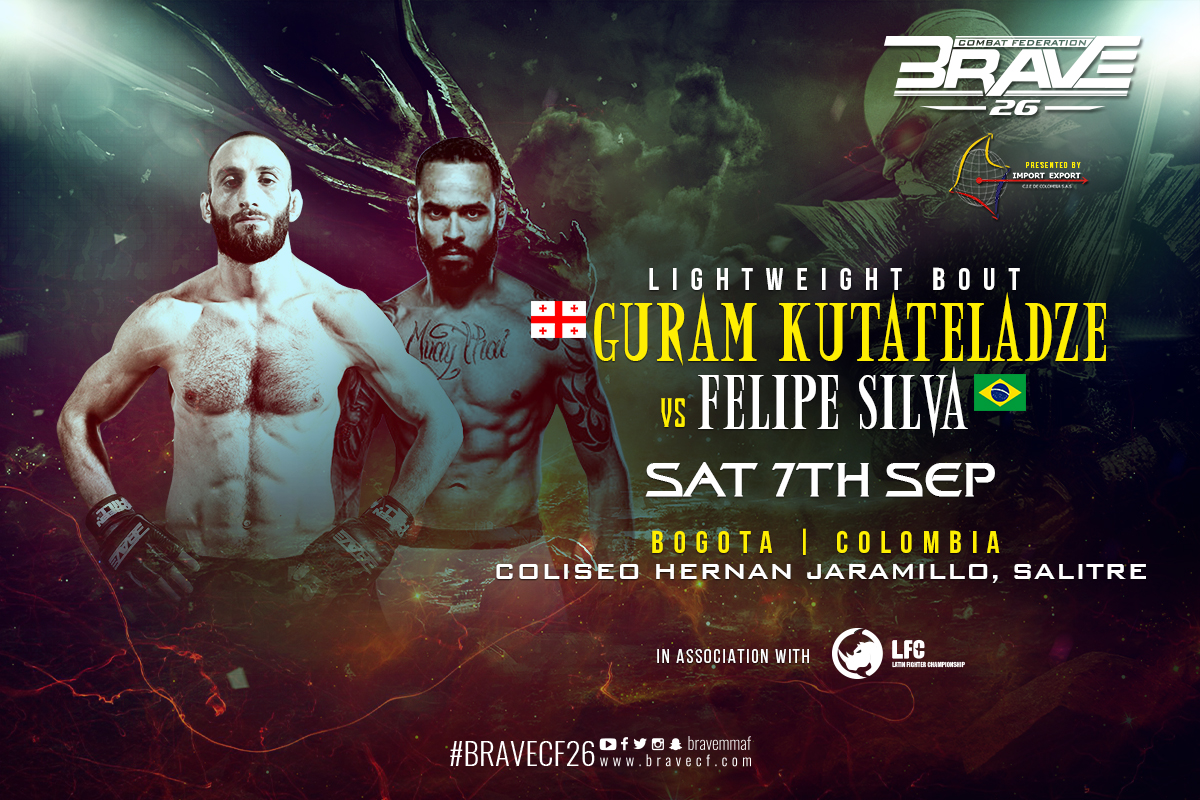 BRAVE Combat Federation’s first event in Bogota, Colombia has a main event. And is set to be a brawl, as striking artists Felipe Silva and Guram Kutateladze meet in a Lightweight clash bound to set South American MMA on fire.
Felipe Silva is known for his muay thai skills, as the former UFC fighter makes his promotional debut at BRAVE 26. The Brazilian is the current striking coach of the world-famous CM System gym.

This means he’s the one responsible for training the likes of reigning BRAVE CF Lightweight world champion Luan “Miau” Santiago, as well as other standouts such as Featherweight contender Gabriel “Fly” and Welterweight powerhouse Geraldo “Luan Santana” Neto.
He will face one of the most dangerous fighters of his division. Born in Georgia, but fighting out of European giant AllStar gym, Guram is riding a seven-fight win streak, that includes a dominant victory over another Brazilian in Erick “Indio Brabo”. The duo met at BRAVE 16, in Abu Dhabi, when Kutateladze scored a unanimous decision for his promotional debut.
Guram trains alongside Welterweight sensation Khamzat Chimaev and Bantamweight prospect Ilia Topuria, both BRAVE CF fighters, as well as Alexander Gustafsson and Ilir Latifi.
BRAVE 26 takes place in Bogota, Colombia, on September 7th, and will be promoted in partnership with South American standout promotion Latin Fighter Championship.

Previous articleONE: DREAMS OF GOLD Will Be a Muay Thai And Kickboxing Bonanza
Next articleFrom street fights to martial arts: meet BRAVE 25’s “The Predator”