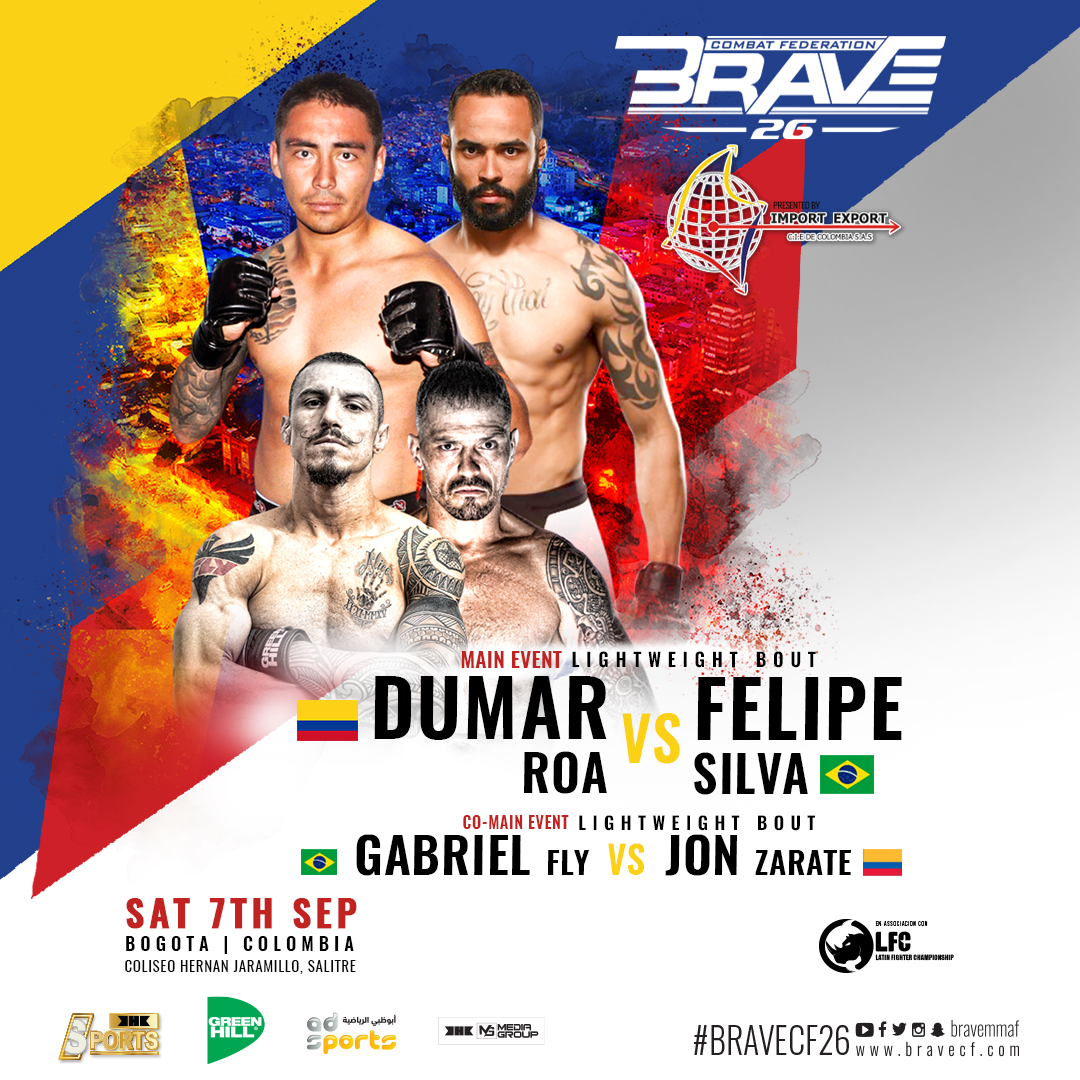 Striker Felipe Silva had to deal with a lot this last week. As one of the leaders of the world-famous CM System, the Brazilian veteran was in Belo Horizonte to corner three teammates at BRAVE 25, which took place last Friday, at Arena Minas Tênis Clube. He also had to deal with an opponent change and the last sessions of preparation for his BRAVE Combat Federation debut. Felipe was supposed to take on Guram Kutateladze in the main event of BRAVE 26, but the Georgian fighter was forced to pull out due to injury and has been replaced by Dumar Roa, who will fight at home since BRAVE 26 takes place next Saturday (7), in Bogota, Colombia.
Even though he’s disappointed about the opponent change, Silva is still excited for the opportunity to compete at BRAVE CF, and guarantees his preparation and strategy will remain the same to face Roa.

“I mean, of course it’s disappointing, we had everything ready for Kutateladze, who’s a tough opponent and has had a good win for BRAVE CF already. But nothing else changes, as far as we’re concerned. We are here to do a job, and we will take him seriously as we always do”, says Felipe, who can’t wait to make his BRAVE CF debut, regardless of the opponent change.
“I’ve cornered a lot of fighters for BRAVE CF from CM System, and I know how well BRAVE CF treats its fighters. We are doing a great thing for Colombian MMA in partnership with the LFC, and I’m honored to be a part of this amazing moment for South-American mixed martial arts”.
BRAVE 26 will mark the first time BRAVE Combat Federation will land in Bogota for fight night, as Felipe Silva takes on Dumar Roa in a Lightweight main event. Also set for the groundbreaking show are the returns of Gabriel “Fly” and Luana Pinheiro, who take on Jon Zarate and Yasmeli Araque, respectively, as well as the finals of the BRAVE Warriors tournament, held with the Latin Fighter Championship (LFC).

Previous articleUFC: Michael Bisping has a surprising answer to who his biggest rival was
Next articleUFC 242 Free Fight: Khabib Nurmagomedov vs Conor McGregor