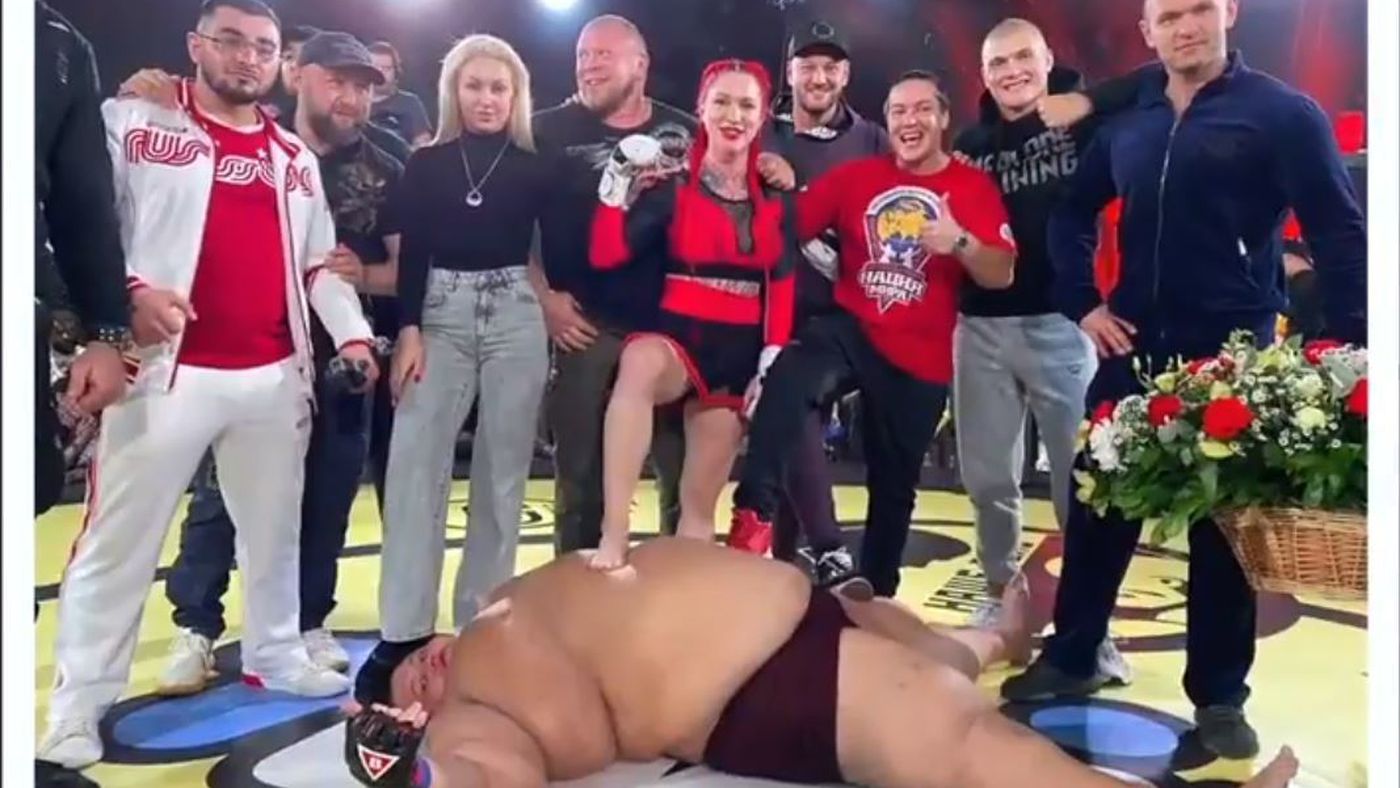 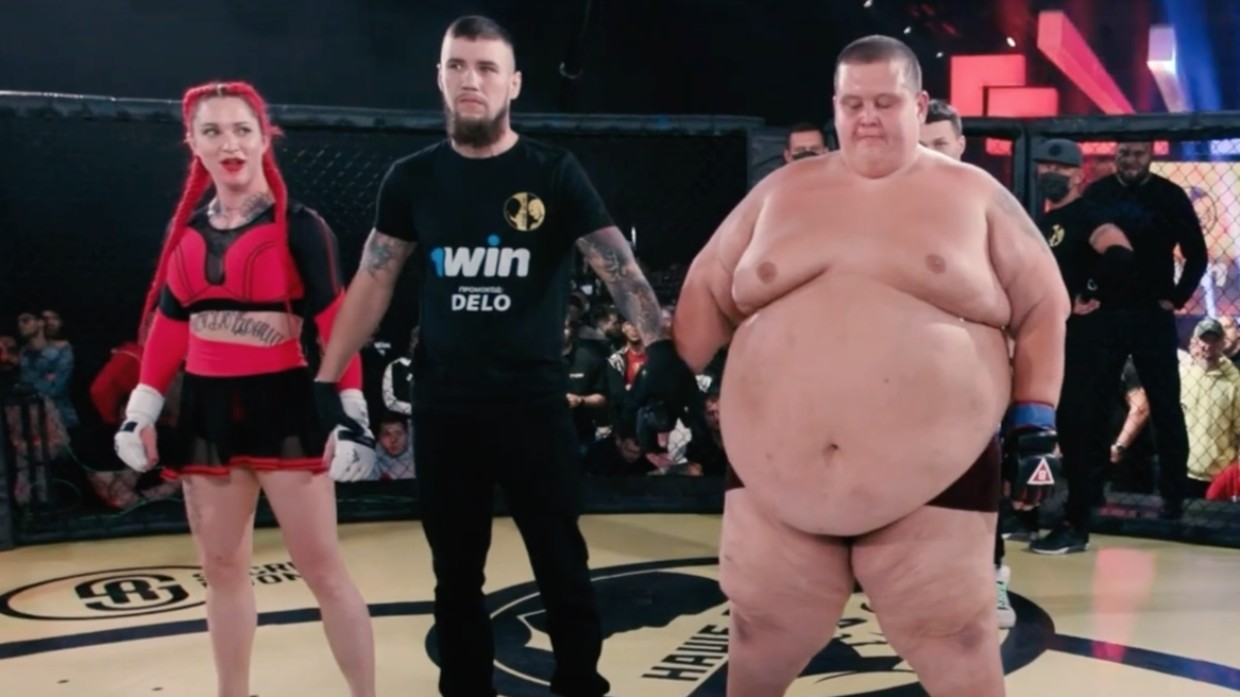 The cross-gender bout took place at a recent event in Russia titled “Our Business” and featured Darina taking on a super-heavyweight blogger in Grigory Chistyakov. Female MMA fighter Darina Madzyuk proved that the fairer sex is more than capable of handling their business inside the cage when she finished blogger Grigory Chistyakov in a fight with a difference.

Cross-gender contests tend to be frowned upon, with commissions and organizers keen to ensure the safety of the athletes involved. But, despite conceding a staggering 390 pounds to her male opponent, Madzyuk’s martial arts skills prevailed decisively. The matchup was staged by promotion “Our Business,” and featured a host of matchups. But none captured the imagination quite like the clash between Madzyuk and Chistyakov.

When the action started, Madzyuk fires punches early, often leaping into the Superman punch to land on her taller foe. Chistyakov pushes forward and wraps up the clinch, and my mind immediately goes to the Sumo wrestlers who won early MMA fights via the smother submission. Darina Madzyuk is resilient, however, fighting hands until the referee separates them. Immediately, she goes back on the offensive, stinging her foe with a right hand.

The 28-year-old women’s bantamweight fighter Darina Madzyuk stunned Chistyakov with some stinging punches and kept on the pressure as the huge 529-pound (240kg) fighter collapsed to the mat. Then, with the hulking male fighter lying face down on the canvas, Madzuyk unleashed a bombardment of punches that forced her opponent to tap out a submission to strikes as Madzyuk claimed a first-round finish.

“After this fight, I will start to train actively,” said Chistyakov his loss to Darina Madzyuk (via RT Sport). “I will try to lead more or less a healthy lifestyle. Blogger Nastya Tuki-Tuk will be my coach.”

Then, reliving his defeat, he said, philosophically, “It happened. She hit me fine and I fell. Although she is small … I lay on her back, but she did not fall, and then I didn’t know what to do.

Do you think cross-gender fights should be allowed in mixed martial arts?