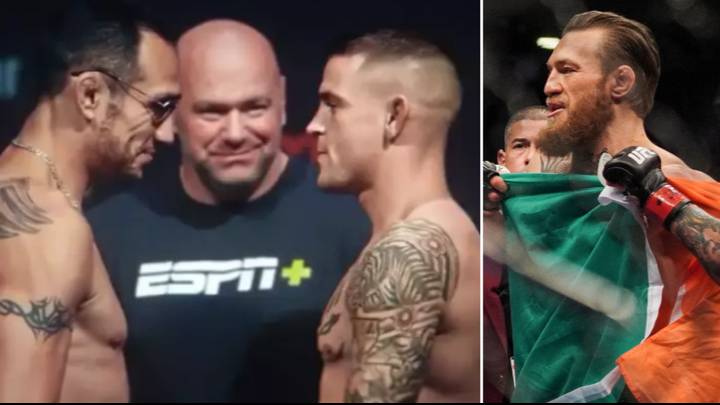 Tony Ferguson is not happy with how UFC has been handling his situation and the top five of the Lightweight division. Tony Ferguson recently expressed a great deal of frustration over the UFC undervaluing and underpaying him.

He also expressed his frustration over UFC trying to book him against the newest acquisition Michael Chandler – who many feel is unproven in the most elite MMA division.

Speaking to MMA Fighting, Tony Ferguson didn’t have kind words for either Dustin Poirier or Conor McGregor, who are expected to face off in January:

“They’re both b****es,” Ferguson said. “They want to play their f***ing grab ass game and go play boxing. We don’t play MMA. This is completely different. You guys don’t want to play this kind of ball league.”

Tony Ferguson, who was supposed to fight Dustin Poirier at UFC 254, trashed The Diamond for taking Conor McGregor’s “bribe money” – i.e., $500,000 that the Irishman pledged to Poirier’s charity:

“You want to take Conor’s f***ing bribe money to go an open up your academy while you should be saving your money, paying it, donating your time and all this other stuff. You should have had your academy already. You’ve been fighting for years. That’s some bullsh*t excuse to not want to fight.” 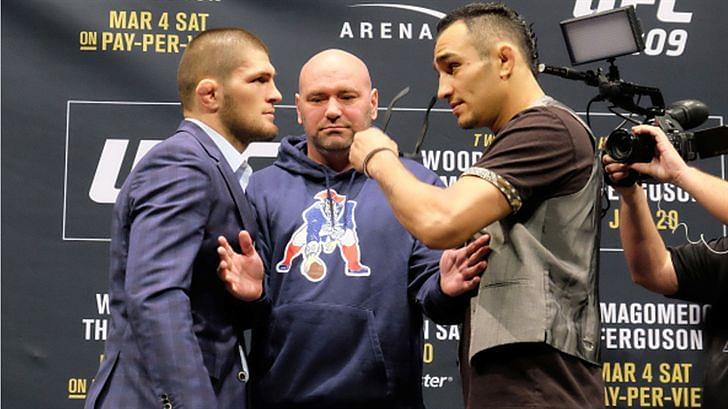 Tony Ferguson then went on a rant and took Khabib Nurmagomedov’s name as well:

“I make s**t happen for this company,” Ferguson said. “When s**t needs to be done and nobody else is f***ing around. You’ve got Conor running with his f***ing tail between his legs and you’ve got Khabib doing the same sh*t looking for candy. Who’s there? Who are they going to count on? A f***ing beaner Mexican from Michigan with the last name Ferguson that’s better than f***ing anybody at sports because I got hated on and I used all that energy to f***ing make a positive. So if people want to bag on that sh*t and they want to say all this s**t, they don’t know the background.”

What is the next realistic fight for Tony Ferguson?

With Dustin Poirier now booked against Conor McGregor, the UFC is reportedly looking to book Tony vs. Chandler for a number one contender’s slot. However, it wouldn’t guarantee that they will face Khabib Nurmagomedov.

Assuming that Nurmagomedov beats Justin Gaethje, he will be looking to make his 30th fight against Georges St-Pierre. With that said, fans still hold out hope to see Tony Ferguson vs. Khabib Nurmagomedov someday.

Previous articleDustin Poirier explains why his rematch with McGregor is important
Next articleUFC 254: Khabib Nurmagomedov chokes out Justin Gaethje in the second round