Few pointers we ought to know before UFC 220 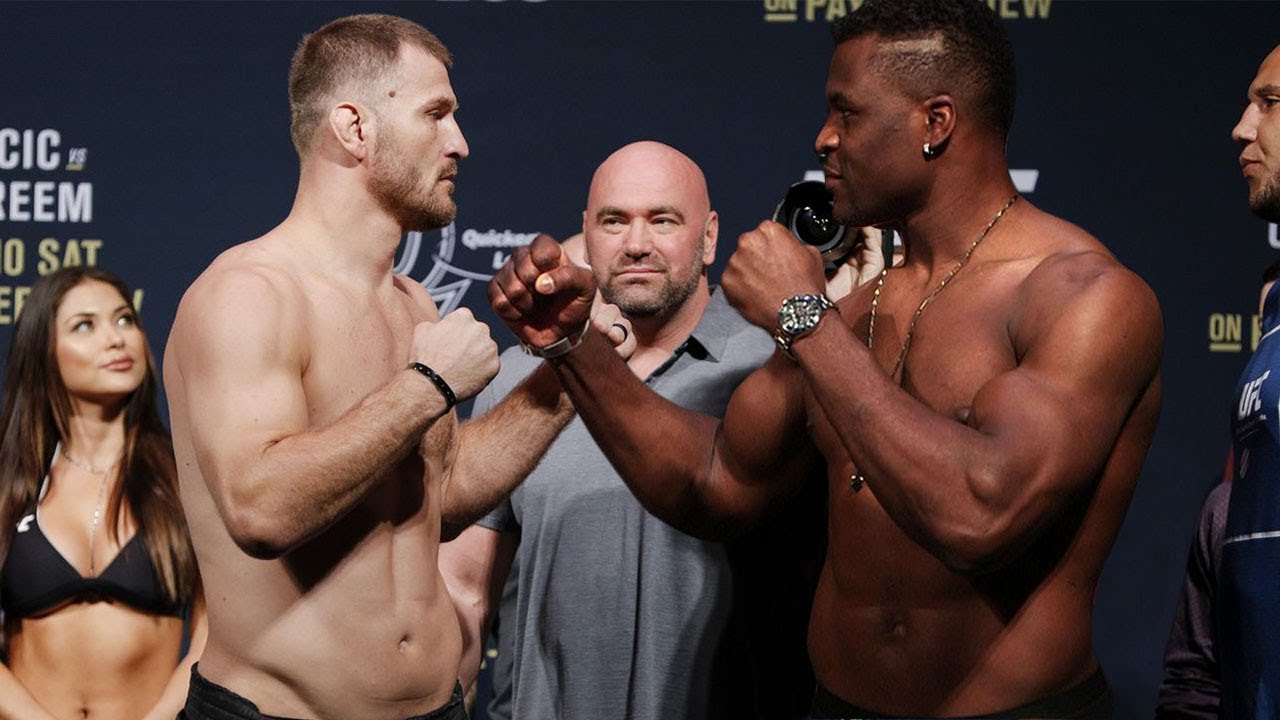 UFC 220 is expected to be one of the biggest blockbuster events as the fans are going to witness two
rising stars fight for the UFC Championships for the first time. Moreover, we also see the Cormier
bounce back from his unfortunate conclusion from his last fight against Jon Jones. This event will mark
the first pay-per- view event of 2018. But before we experience the excitement here are few pointers
you need to know of UFC 220:
1) Both the challengers in the main event title fights are undefeated in the UFC: Rising stars
Volkan Oezdemir and Francis Ngannou are fighting for the UFC straps for the first time against
their respective division’s champions Daniel Cormier and Stipe Miocic. Rarely do we see both
the challengers in the main event title undefeated inside the Octagon. The Swizz warrior has
only three wins inside the Octagon and the Cameroonian French has six finishes.

2) Both the champions in the main events have left the Octagon twice without victories: Despitebeing two of the most dominating forces in the UFC, Cormier and Miocic had their fair share of
losses. Cormier is 19-1(1) inside the cage with his first loss coming via unanimous decision loss
to Jon Jones and the second being a no contest which was originally a KO loss against Jones. The
Fighting Fireman has also suffered defeats inside the Octagon, with his first loss coming via a
TKO against Stefan Struve and his second to Junior dos Santos via Unanimous decision.

3) Francis Ngannou could be the first African Champion- We have seen few African -American
champions like Anderson Silva, Tyron Woodley, etc but we have never seen a fighter born and
brought up in Africa with African nationality (Ngannou is also of French Nationality as he initially
moved to France to pursue a career in Boxing). He could make history if he manages to win this
fight. Moreover, he is the favorite to win the fight.

4) Glieson Tibau has the highest wins in the UFC’s lightweight division: Despite being an
unpopular fighter in the business, he is one of the most experienced fighters in the UFC with a
record of 16 wins which is the highest in the UFC’s lightweight division. Moreover, he has the
second highest number of fights inside the Octagon, 26, next to Tito Ortiz and Frank Mir who
both have a record of 27 UFC fights under their belt. The Brazilian will join Ortiz and Mir after
the fight in the top place for competing in most UFC bouts.

5) Gian Villante is a two division champion prior to his stint with the UFC: Villante is a product ofSerra-Longo fight team headed by UFC Hall of Famer and former Champion Matt Serra and Ray
Longo. Villante hasn’t had much success after he signed with the top MMA promotion but prior
to his entry to the Octagon he was flawless in the cage. He was a two-divisional Ring of Combat
Champion winning the light-heavyweight and the heavyweight titles which is a very rare feat,
considering the intensity in both the divisions.

6) Stipe Miocic to make history: The highest title defenses made by a heavyweight champion is
only two. This record has been shared between Randy Couture, Tim Silvia, Cain Velasquez and
Brock Lesnar. But Miocic has the opportunity to break this record if he defeats Ngannou and
thus successfully defending his title for a third time. Moreover, he would also be referred as the
‘Baddest Man on the Planet’ if he manages to pull an upset victory.

7) Abdul Razak, The only Ghanaian UFC fighter: There aren’t much UFC fighters who have been
born and brought up in African countries and have made it to the UFC. Due to the lack of
support and funds many great talents fail to reach the pinnacle of the sport. But fortunately
Abdul Razak was noticed for his hard work and got a ticket into the Octagon. He is the only UFC
fighter from Ghana and is on an impressive streak of 8 wins and 1 loss.

8) Islam Makhachev is a world champion in Sambo having won gold in 2016: Rarely do we see a world champion of another country enter the Octagon to showcase their skills. The Russian had
bagged gold at the 2016 Sambo World Championship held in Sofia. He will fight the veteran UFC
lightweight Gleison Tibau at UFC 220 which will mark his fifth fight in the UFC.

9) Miocic has a first round title fight hatrick knockout: Stipie Miocic is one of the best
heavyweights in the world. Ever since he got back up from his loss to Junior dos Santos, he has
been a wrecking machine who is on a five fight knockout streak. Out of these five finishes the
last four have been inside of the very first round. Moreover, his last three fights have been for
the heavyweight crown, which too have ended with the firefighter putting his opponents to
sleep as a result achieving a hatrick record.

10) Ngannou achieved a rare double hatrick finish: Rarely do we see a UFC fighter who has
achieved this record. Ngannou is the hardest hitting fighter on the planet and is considered by
many as the scariest UFC fighter in the history of the sport. All his six UFC fights have ended with
a finish with the last four fights ending in the first round. He is a favorite to win the main event
at UFC 220.

Previous articleUFC 220 Embedded: Vlog Series – Episode 3
Next articleDivya Kakran: Earlier I used to think that to become a successful athlete in India I will have to cheat but…