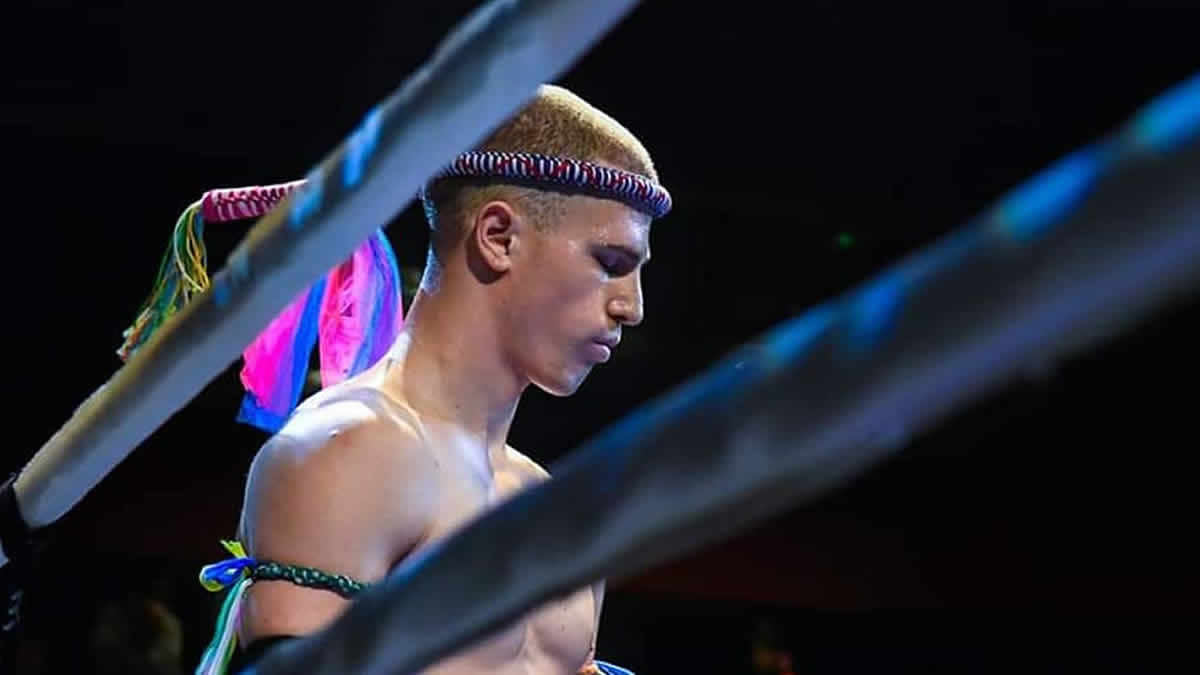 The World Kickboxing Network returns to Belgium on October 26 with “Fight Day 2019” held at Hall Omnisport in Trazegnies, Courcelles. The event presented by “Team Fighting La Marca” features a series of kickboxing and Muay Thai bouts with two WKN titles contested in the headliner of the show.

In the main event the representative of the country-host, former World Super Bantamweight title challenger Ougo Huet takes on Giacomo Stocchino of Italy. The pair battles it out for WKN European Featherweight title in Muay Thai. The championship bout is scheduled for five rounds. 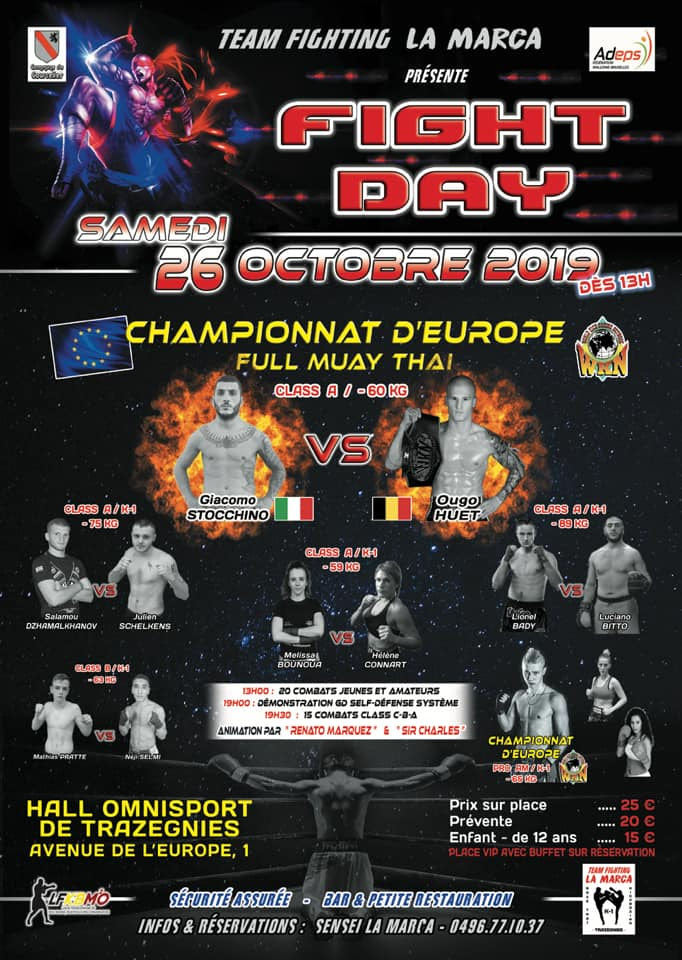 Earlier in his career Ougo Huet earned WKN European Super Featherweight amateur Muay Thai title. He claimed the belt by technical knockout in the second round against Said Moufek at the latest edition of Simply the Best produced in Farciennes, Belgium in November 2018. Last December Huet came out victorious by unanimous decision against Letchi Gadaev, scoring the win in Strasbourg, France.

The resume of Giacomo Stocchino includes the wins against Andrea Valeriano, Giang Hoang, Francesco Sotgiu, among others. Over the course of his career he also faced the likes of Federico Mazza and Nicola Canu, just to name a couple.

In addition, the event is presented back to back with PROKICK Lord of the Ring in Belfast, Northern Ireland, where Johnny Smith defends his WKN Intercontinental Welterweight title against Shuhei Sone, also on October 26.
WKN European Featherweight Muay Thai championship
Ougo Huet (Belgium) vs. Giacomo Stocchino (Italy)