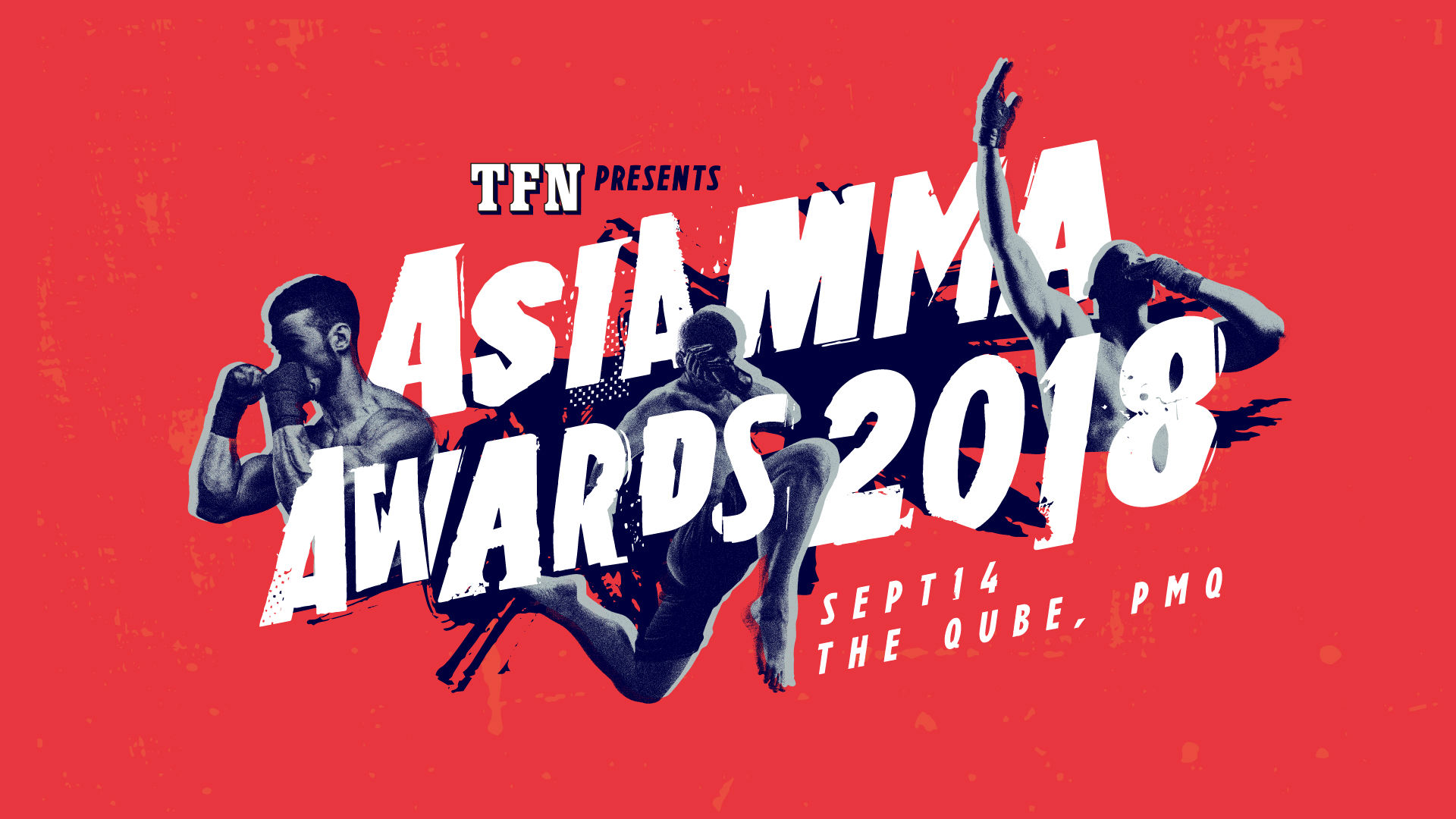 This year the awards find a new home in Hong Kong and will take place at the historic PMQ Ballroom in the heart of the city’s Central district on Friday, 14 September, 2018.

A gala, black tie awards ceremony will see a total of 16 awards given out, including Rookie of the Year, Head Coach of The Year, Gym of the Year, Best Walkout, Fight of the Year and will culminate with the announcement of the Male and Female Fighter of the Year winners. To be eligible for the 2018 Asia MMA Awards, all events and bouts must have taken place in the Asia-Pacific region between 31 May 2017 to 31 May 2018.

A panel of respected journalists, commentators, trainers, gym owners and industry bodies have been tasked with creating a shortlist of finalists. All winners will be announced during the gala dinner on 14 September.

Matt Eaton, CEO of Tap Media, said the timing was right to bring the awards back as an expanded, stand-alone show to celebrate the entire industry.

“It’s been a massive year for the growth of mixed martial arts in Asia – from Japan to Myanmar, Thailand and Singapore. We think it’s only right that we put the athletes on a pedestal at the heart of this awards ceremony.”

The list of finalists will be announced in coming weeks.

5. Photographer of the Year

6. Ring Girl of The Year

7. Head Coach of The Year

9. Event of the Year

11. Submission of the Year

12. Knockout of the Year

15. Male Fighter of the Year

16. Female Fighter of the Year

Previous articleUFC: Demetrious Johnson vs Henry Cejudo 2 in works for UFC 227
Next articleUFC: Tyron Woodley wants to clean out welterweight division, then go after middleweight title