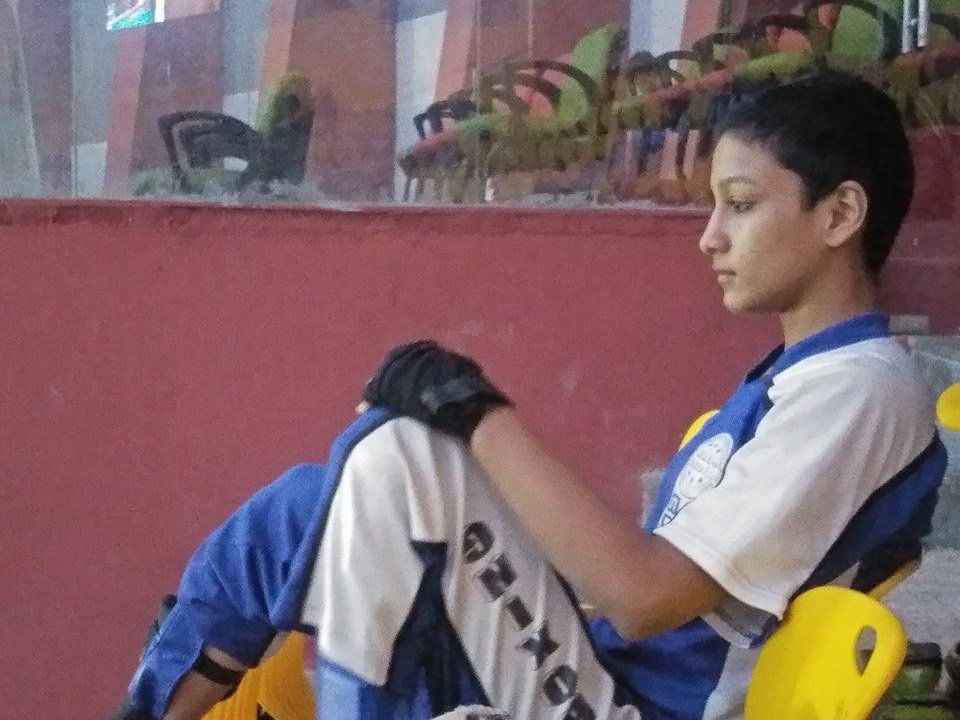 Not too long ago, we talked about Arjan Singh Bhullar’s journey, en route to becoming the first fighter to represent India in the leading mixed martial arts promotion on the planet. As the story of ‘firsts’ goes, there can be nothing bigger (or better) than having the opportunity to carry the nation’s flag on the biggest platform – be it at the amateur or professional level.

And that is exactly what Maharashtra’s Nishigandha Rao will get to experience in November, when she represents India at the IMMAF World Championships.

At just 18 years old, Nishigandha will create history, and has the chance to symbolise the impact of the movement at grassroots level, that AIMMAA has focused on for the past few years. In doing so, the association has undoubtedly unearthed a prodigious talent, who has already made an impressive showing at the National and Asian Championships.

Talking about the upcoming World Championships, and the magnitude of the occasion, Nishigandha remains pragmatic, yet is optimistic of a good showing.

“I am very happy to be the first female representative at such a huge platform”, she told us in an exclusive interview. “My core game is karate and kickboxing. I have been training in these since I was 5 or even younger. My mother is really passionate about martial arts and physical fitness, so that is where I got all my motivation from.

I have been learning martial arts under Renshi Mohan Singh since last 6 years, and it has been the best years of my life as I have achieved a lot. I have learned that success will come to you if you use every second of your life to focus on the things you want, and work for it.”

The 2017 edition of IMMAF World Championships will take place in Manama, Bahrain at the Khalifa Sports City Arena, from the 12th – 19th November. The World Championships will once again serve as the perfect opportunity to scout the amateur talent in India, which will, in extension, give us an indication about the future of the sport in the country. 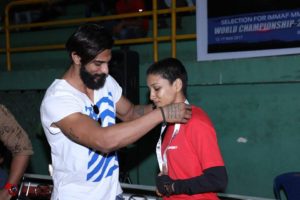 Foraying into MMA – Difficulties in transitioning from a kickboxing background

In recent years, we’ve seen a surge in the number of strikers transitioning to MMA, and finding great success in the sport. Nishigandha, too, has embarked on a journey to make a successful transition from her striking background to mixed martial arts.

Although, she admits that the allure of becoming an MMA fighter started out of mere curiosity.

“I have a very strong kickboxing background. In kickboxing, I have won around 10 national tournaments in which I have bagged gold in all. I have won the professional kickboxing title belt in Orissa. I have even won bronze medal in Asian Championship 2015.

While learning kickboxing at my club, I used to see people rolling and doing some kind of Judo moves on the mats. I curiously asked my coaches about the game and they introduced me to Mixed Martial arts. It has always been challenging for me as I am a stand-up combat fighter, yet after watching few of the fights on YouTube I got really interested in learning the game.

I have been training since that time and I had loved every minute of it. I am participating in tournaments organised by AIMMAA since the last 2 years, and I am so glad to be member of the team.”

“I have won gold in 3 National Mixed Martial Arts championships, and have won (my fight in) Super Fight League 48. I am thankful to Mixed Martial Arts Association Of Maharashtra to (have) select(ed) and given me such a huge platform to showcase my talent.”

So I went into the ring and did what I had to do and I won. AIMMAA (All India Mixed Martial Arts Association) has always promoted and encouraged players like me and I am really thankful to the entire team.”

“Representing the country is both a responsibility and an opportunity for me, to show (the) world my potential and (re)pay for all the sacrifices made by the people (who were) behind me.”

Nishigandha Rao will be competing in the female flyweight division, and will be the first Indian amateur female fighter to compete at the World Championships. The draws for the competition will be made in the second week of November.

- Advertisement -
Previous articleMichael Bisping: My family wants me to retire
Next articleEDUARD FOLAYANG TO FACE MARTIN NGUYEN AT ONE: LEGENDS OF THE WORLD IN MANILA