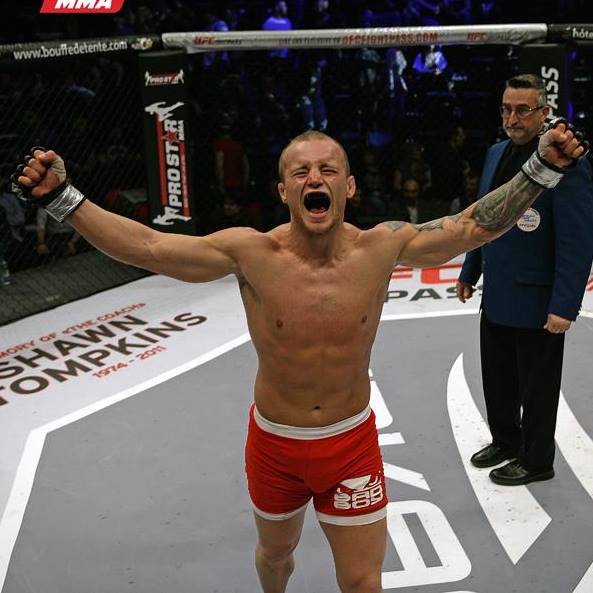 Jesse Ronson(20-8 MMA, 0-3 UFC) accepted a short notice fight against Carlos Diego Ferreira(13-2 MMA, 4-2 UFC) for the UFC 231 card when Ferreira’s scheduled opponent John Makdessi pulled off the fight from injury.However, on December 4, 2018,It was announced that Ronson was pulled out of the fight due to being too heavy to safely make Lightweight and was released from UFC.

This was about to be Ronson’s second stint with the UFC after he was signed on early 2013 and went on a disappointing streak of 3 consecutive split decision losses to Michael Prazeres,Francisco Trinaldo and Kevin Lee respectively.Following those 3 losses Ronson was cut down from the UFC roster.

The Canadian Mixed Martial Artist posted this on his facebook making a statement about why his fight was cancelled and other aspects of his future in other MMA promotions.

He also added on by posting about the conditions in which he took a 10 day notice fight and the diet and the nutrition involved in his failed weight cut.

“To answer everyone’s questions about my UFC situation I took the fight on 10 days notice. Straight up no holding back here it is- Tuesday morning I woke up 177.4, after eating a small meal and drinking 500ml of water I was 178.8 I did an easy workout in hamilton for an hour and got down to 175.2, where I went to Toronto for UFC check-in. I was asked how I felt and how everything was I told them right from the beginning i’m heavy and worried about making weight. they did check-in weight and proceeded as usual, I spoke with UFC PI nutritionist Clint. Told him about my Bcaa diet and the diet plan i’m currently on and what my plans were to cut and make weight. showed him all my supplements ETC after a lengthy chat it was evident I wasn’t going to make the 156 limit in my depleted state and that I would only hurt myself doing so and If I missed the fight could still be called off and i’d like like a bigger idiot or it may happen but i’ll have done too much dehydrating I wouldn’t be able to fight worth shit, So he suggested I seek a catchweight And inform the UFC as a professional that 156 wasn’t going to happen be truthful and honest and don’t dick them around see if they go for it. I told my manager all of this He called sean shelby, pleaded my case. The return answer I got was “no catchweight fight is off, your contract has been rescinded and you’ll never fight for the UFC again” done… I’m slightly stunned and shocked still at that statement. It’s aggressive but you can’t fuck around at the highest level, and I will still say thank you UFC for the opportunity, hopefully that was just heat of the moment anger talk/decisions Mr.Shelby, Sorry I couldn’t come through for you. Good luck with the show.”