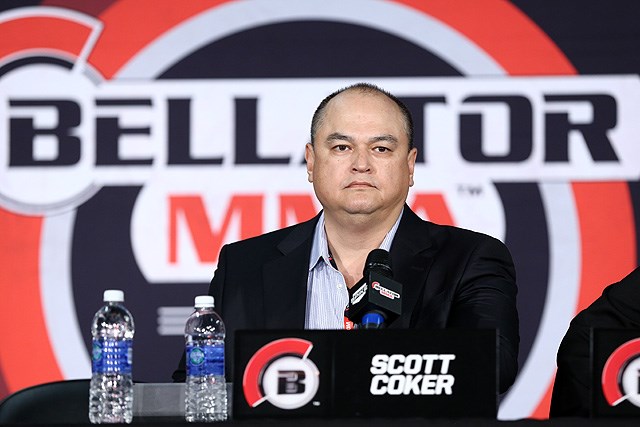 Featherweight fighter Marcus Sims leaks his Bellator contract on twitter. This is a very shocking news for the upcoming fighters & also for the MMA fans. He has only fought as an amateur, and he’s just 1-1 in his two fights.

In the contract you can see the death waiver in it with $250. Everyone is upset about the Reebok deal & about the fighter’s pay in UFC but the truth is UFC do not pay their new fighters $250 to fight for UFC. this is shameful for Bellator.

This fighter is claiming that they pay very least amount of money to the entry level athletes where Viacom owned Bellator MMA promotion & they have deeper pockets.

Sims has turned down an offer to make his Bellator debut, and here is the proof. 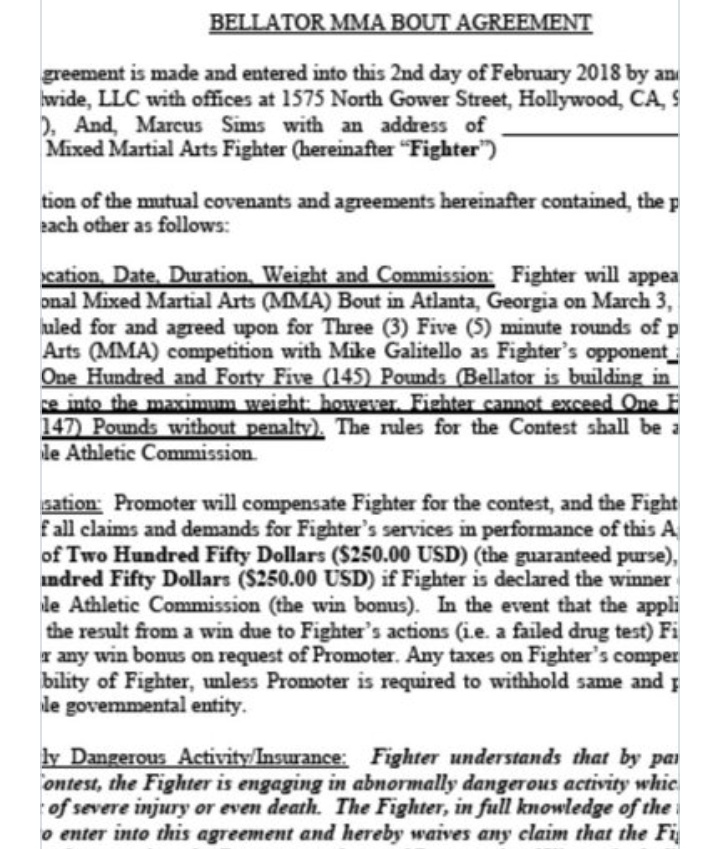 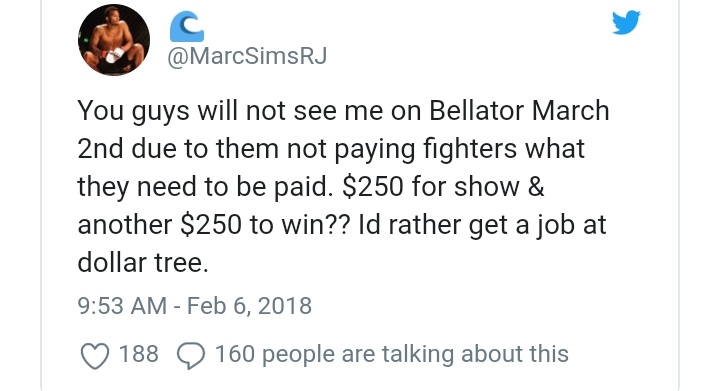