Fighters from New Zealand at UFC 221

The UFC has returned to Australia after a long while for a PPV. All the attention has been garnered by the headliners of the event. Hence, we decided to shed some light on to other fighters as well. Thus, we are going to discuss about the fighters from New Zealand competing at UFC 221. 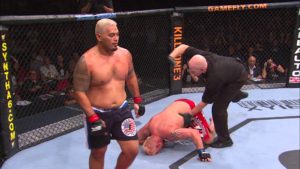 Mark Richard Hunt is a 43 year old fighter from New Zealand and former Kickboxer. A former K-1 Grand Prix champion and is popularly knows as the “King of walk-off KO’s”. He has a MMA record of 13-11-1 and last defeated fellow knock-out artist Derrick Lewis via TKO at UFC Fight Night 110. He has faced many notable fighters such as Brock Lesnar, Fabricio Werdum, Frank Mir, etc.

Hunt is expected to face the American, Curtis Blaydes at UFC 221. Hunt is considered to be one of the biggest legends of the sport who are still currently in the UFC. 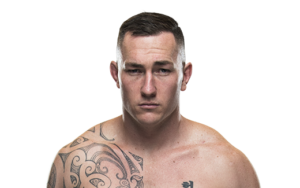 Luke Jumeau is a fighter from New Zealand who competes in UFC’s Lightweight division. He is currently 29 years old with a MMA record of 12-4. He made his UFC debut against Dominique Steele at UFC Fight Night 110. His UFC career looked to be on a great start, though he lost his previous fight against Shinsho Anzai at UFC Fight Night 117. He is expected to face Daichi Abe at UFC 221.