Fighters to watch out for in the SFL Finals 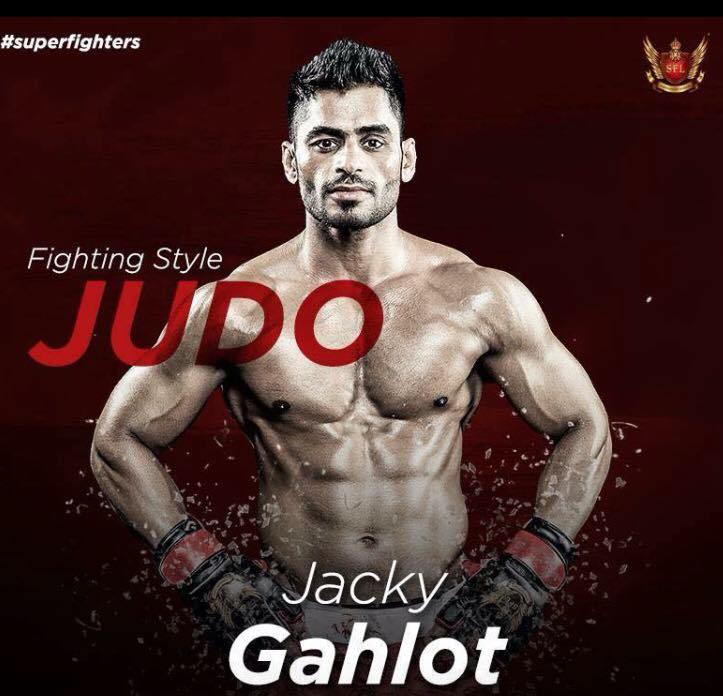 In just two days, the Final Battle of the month-long league format tournament of Super Fight League will be played out between the two finalist teams – Delhi Heroes and Sher-E-Punjab. Both teams clashed earlier on Feb 10th with the Delhi Heroes getting the better of Punjab on the scorecard and on the mic post event in the Ozone. SFL started the year with a bang and the unique league format tournament delivered some of the most spectacular knockouts, quick finishes & slick submissions any MMA fight fan would ask for. Many new fighters made their mark while others had a tough pill to swallow. Today we look at the top 8 fighters to watch out for in the Final Battle between Delhi Hero’s and Sher-E-Punjab. 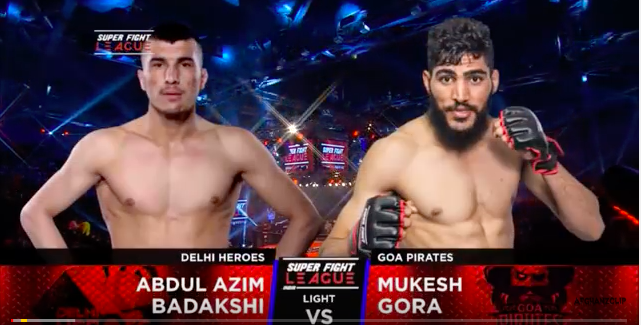 Abdul shocked everyone when he went head to head with much experienced hard hitter Mukesh Gora and put his Wushu/Striking abilities on the line to get the TKO win in the very first round. Abdul has a light and swift movement in the cage, which comes from his tested MMA experience in the past. He’s also got a good clinch game and doesn’t hesitate to take his opponent to the ground. But what sets him apart is his confidence in his striking, which can pose a major problem for his next opponent.

Asha Roka did make a mark with her debut in the women’s flyweight division with a quick 9 sec TKO win over Anjela Pink. Though her opponent might not have ever tasted a win in her 6 fights, Asha Roka was quick to capitalize on the opportunity. From then on, this 18-year-old pocket rocket moved ahead and showcased her submission skills in the next two fights against Rajni Devi and Hannah Kampf. Her mean demeanour and superior boxing skills are the perfect combination to seize her fourth straight win. 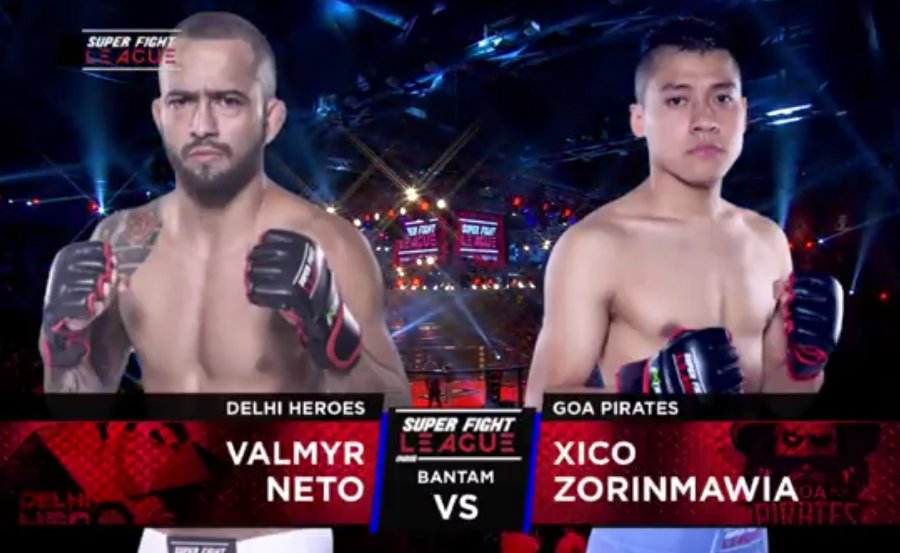 Currently riding on a 5 fight win streak, Valmyr’s key to victories have been his submission skills. He is one of the top BJJ blackbelts competing in the UK and began his BJJ training way back in 1999.  Since then he has been winning multiple BJJ tournaments since 2006. A very dangerous submission specialist, all Valmyr’s victories have been inside the very first round. Don’t be surprised if Valmyr pull out yet another key submission victory in the first round. 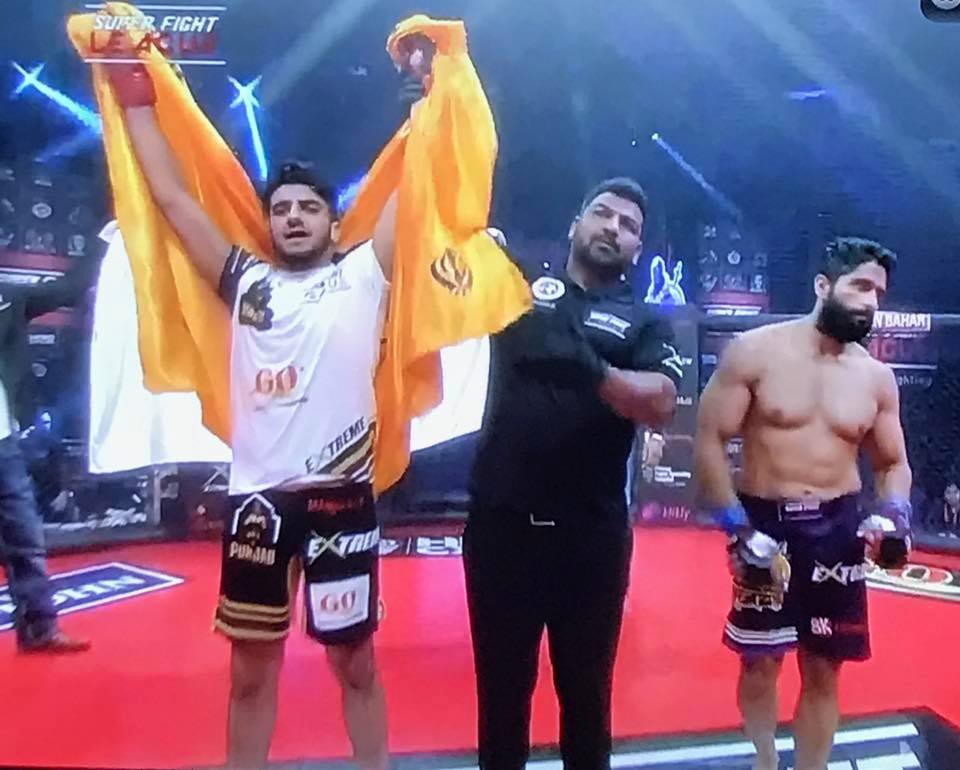 Yet another undefeated upcoming fighter who’s just 19 years of age but brings in a combined 6 fight win streak from his amateur and pro fights. An experienced grappler, Tanvir has consecutively won English Jiu Jitsu championships in 2012, 2013 and 2014. An aggressive fighter with a brutal ground game, Tanvir can easily neutralize a striker and never misses an opportunity to finish his opponents both on the feet and on ground. 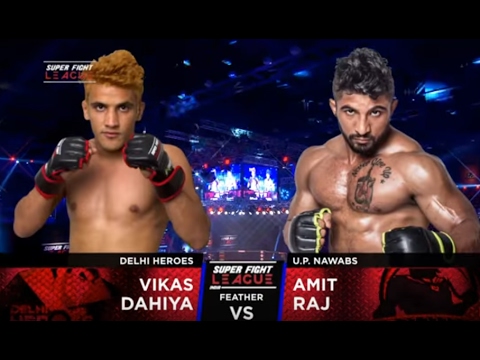 With his Wushu background and Kickboxing experience Vikas was able to get pass against favourable opponents in his last two fights. Though an unintentional low blow totally changed the momentum of the fight with the result going in favour of Vikas. With a strong cardio and composed fight approach, Vikas can be a threat to any of the top featherweight in the league. 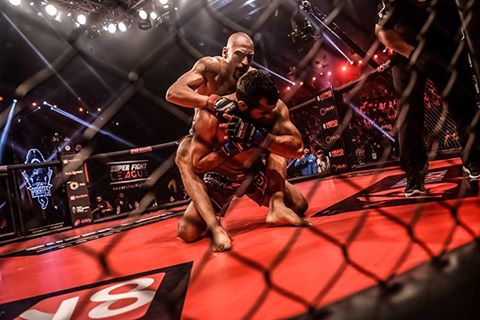 Be it inside the cage or outside, Jason Solomon doesn’t shy away from speaking his mind. Though his last fight with Satendar Bankura was a controversial win, his fight with Amit Kumar has been touted as the comeback win of the year. After being dropped multiple times, Jason managed to pull out the win by submitting his opponent. Big responsibility lies on the shoulders of this Delhi Heroes’ captain and if he brings in the same fighting spirit can lead his team to victory. 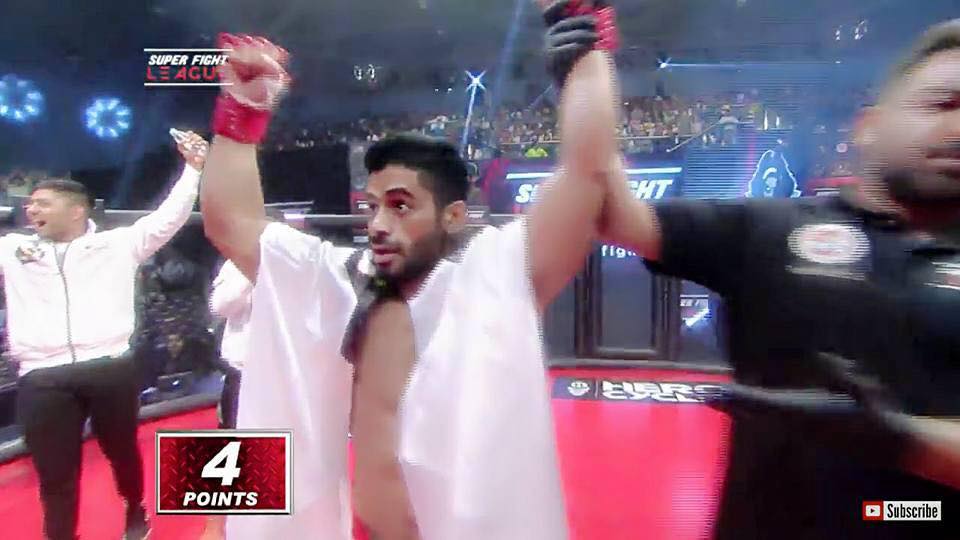 Jacky Gahlot is one of the most promising featherweight prospect who can carve a name for himself as a top 5 with another win this weekend. With a proven and strong 10 years judo background, Jacky brings in a tough competition for fellow featherweights. Though he has just 2 fights under his belt, Jacky has plenty of room to improve and grow.

Kantharaj is yet another promising bantamweight who is on a 5-fight win streak from his amateur and pro experience. Despite being a judoka, Kantharaj has displayed some improvement in his striking game under the team coach Kash. He scored his second win against Dhruv Chaudhry (Bengaluru Tigers’ Captain) via TKO (doctor stoppage) during their semi-finals clash. In their first fight, Kantharaj managed to submit Dhruv and tried to implement the same strategy going in. He is strong in the clinch game, has excellent takedown defence and submission skills which can be the key to his victory this weekend.