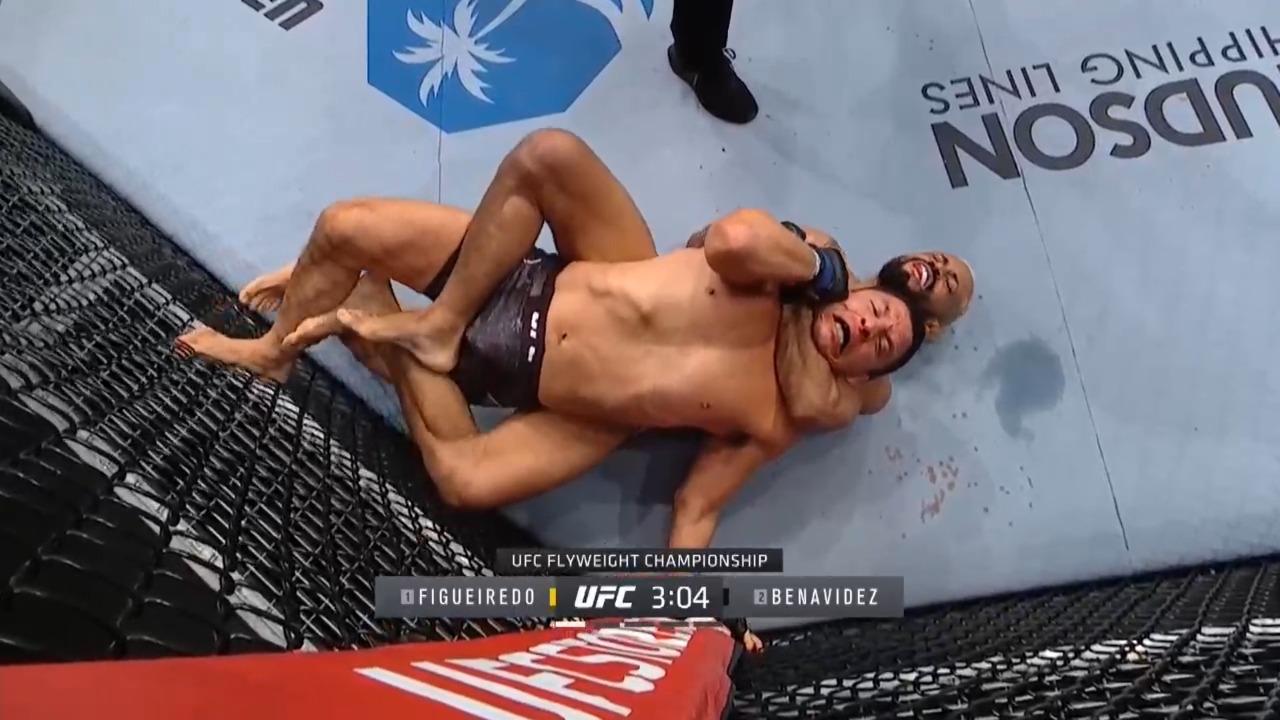 The pair previously fought at UFC Fight Night in February earlier this year. In their first meeting, Deiveson Figueiredo defeated Benavidez via TKO in the second round.

The first fight which took place in Norfolk was for the vacant flyweight title. However, Deiveson Figueiredo couldn’t win the title despite knocking out Joseph Benavidez because he came in two and a half-pound over the flyweight limit. The missed weight immediately made Figueiredo ineligible for the title. Figueiredo will be looking to make an another run for the title.

In the co-main event, Jack Hermansson is taking on Kelvin Gastelum. This is an important fight for Gastelum who will be looking for a win as he is currently riding on a two-fight losing streak. He last fought against Darren Till at UFC 244, which took place at the Madison Square Garden in New York City.

On the other hand, Jack Hermansson is coming off of a TKO loss to Jared Cannonier at UFC Fight Night 160 last September.

UFC on ESPN+ 30: Figueiredo vs Benavidez

“I think that I wasn’t great in this fight because I never had a proper camp because of the COVID situation. I was mad at my opponent because of his tricks on the weigh-ins and during the fight. My daughter was born right before the fight so I didn’t sleep well because of that, and I want to dedicate the victory to my wife and daughter,” Spivac said.

“This was a great fight for me because Davi Ramos is a very strong opponent. He is one of the stronger grapplers in the world. Next fight, I want to fight with top 15, top 10 guys, maybe Iaquinta because he is a very strong guy and he fought with Khabib Nurmagomedov. I want to fight with him because it’s a good fight for me. I’m a very young fighter, every day I will get better and better. I can destroy my whole division.

“I have never been here, it’s a great island, it’s a great place. I am so very happy because it is very great to me to fight on Fight Island. I didn’t fight for one year, which was bad, but not I am happy, it is good for me,” Arman said.

“The victory felt amazing, exactly what I’ve been working on. It went exactly to plan, the plan was to stand up a bit, feel him out, take him down and finally put him to sleep with a chokehold or a submission. I’ve been training Jiu-Jitsu since the age of 14, both back home in Sweden and in London Shoot Fighters in London, so I feel very comfortable on the ground.

“To be honest, nothing really surprised me. I prepare with all type of opponents, so when I’m in there, I feel at home and it’s just another puzzle to solve. If Dana gives me that 50 G’s, I’ll stick around and do another fight next week. Celebrate, have fun, but also go back to training.

“Fight Island has been really an amazing experience. A lot of people talk about the UFC, but the staff, the organization, how everything is run, it’s top of the mountain, now I understand why it’s the biggest promotion in the world” Amir said.

“I just want to say thank you to my team who has got me in this peak physical condition. Overall, I’m happy I grinded it out, that’s my style really, I have that fighting style in me where I grind things out. I am very happy overall to get the win, it’s a new chapter in my career, did I feel like I looked good? Not very, but I’ll take it, he was a good striker, I’m very thankful.

“We expected Montel to have a very quick 1-2. There is quick and there was that, that was super-fast. That’s what caught me off guard really, once I got caught with it once, I was weary about it and I managed to time it and get the shots off to get to the fence. Like I said, probably not the most attractive fight, at this level and this big stage, I wanted a win and that’s what I got.

“I’m happy to fight anybody in this weight division. It is the ‘anyone can get it’ tour. If you ask me a name, I’d like to fight a legend, a legend of the game. I’d like to fight someone like Urijah Faber, a guy who has been there and done it and fought the best guys. Was that the performance to really shout and scream about it? Probably not, but if Urijah is watching, that’s a fight I dream to have. I think about getting my shorts framed after the fight and imagine fighting Urijah Faber and them shorts, that would be a dream come true,” Brett Johns said.

“He was using a lot of the kicks, at the end of the fight, we went into grappling and my guillotine took him out. He surprised me with the lateral kicks at the beginning, but we had practiced a little bit maintain that aspect and at the end of the day, we were able to maintain and control that aspect.

“Whoever the boss says is next, I’m ready for them. I’m ready to fight the best guys in the UFC. The experience on Fight Island has been great with my team. Everything has been wonderful so far and hopefully I get to repeat the experience,” Alvarez said.

“The strategy pretty much always stays the same: be aggressive, get the takedown, look to be dominant from start to finish, we did that. In the third round, I wanted to show my striking ability, I wanted to get at least a knockdown or some good punches, but it didn’t go that way, but we got the win and that’s all that matters. I love it hear, I’d love to come back. I’ve been here for over two weeks. I love it, it’s so beautiful here, I wish I could have seen it more outside the hotel, but it is what it is, we’re here to fight,” Dawson said.

“Of course, I am very happy. He was a good opponent, tough opponent but I don’t like when someone looks at me like he done yesterday, this was his big mistake, that’s why it was like that today. Just fighting, that’s all, nothing more. I’m ready, no problems with me, I’m ready to fight yesterday, tomorrow, and I will improve my English!,” Roman said.

“I will take everyone down in my way and I will get the belt,” Askarov said.