Firas Zahabi talks about possible matchup between Khabib and GSP 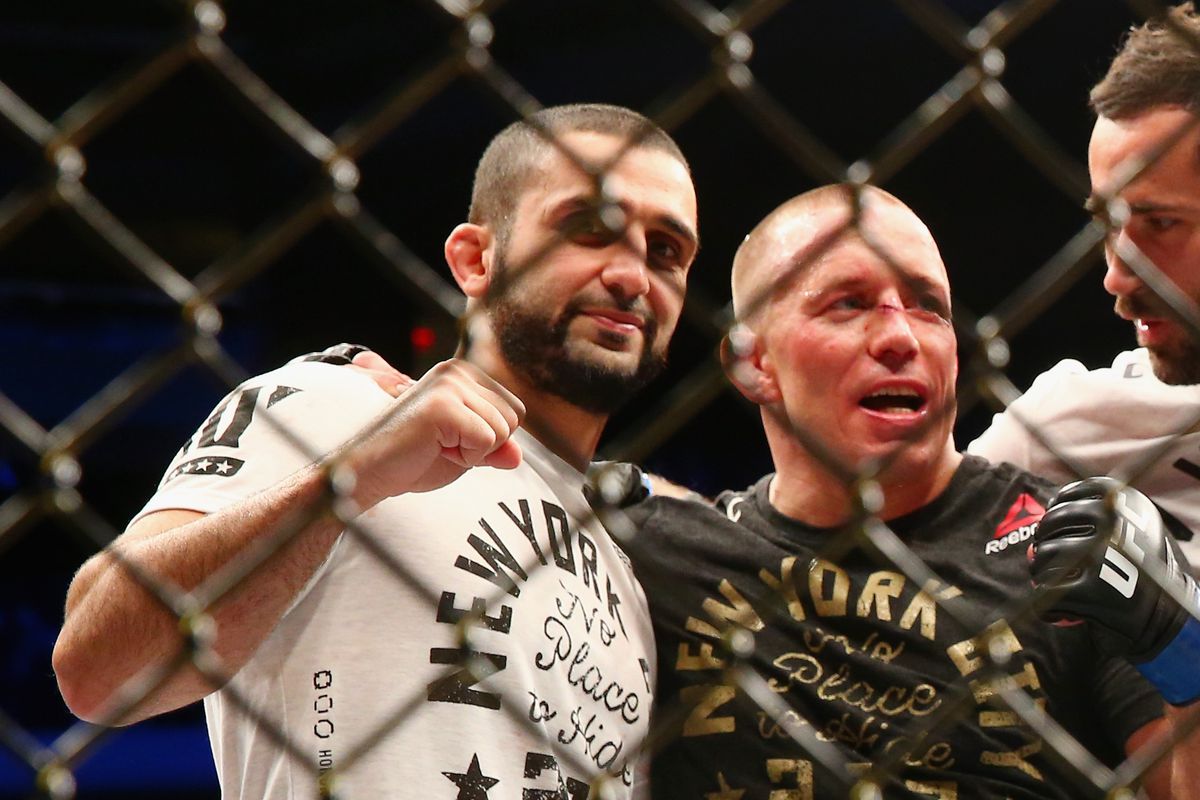 One of MMA’s all-time greats Georges St-Pierre was last seen making some history inside the Octagon at UFC 217 when he beat Michael Bisping. He hasn’t stepped inside the cage since and although he has previously entertained the idea of fighting in 2019, nothing has been clear yet.

Aftermath UFC 229, there has been a massive surge in Khabib Nurmagomedov’s popularity and GSP is heavily interested in fighting him and his coach Firas Zahabi said that if UFC decides to open a 165-pound division then GSP should fight Khabib for the inaugural title. 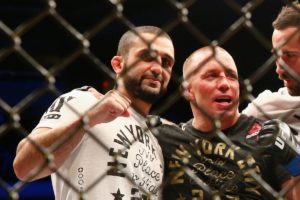 “As of what I understand right now, there is no 165 [pound division],” Zahabi told YouTube channel MMA Betz backstage at UFC 232 late last month (transcript via BJPenn.com). “It’s a ‘maybe’ from what I understand. It’s a rumour I should say, and if that happens I think it could be very interesting for Georges. I’m hoping that rumour is true.”

“I think the best matchup would be, for sure, Khabib [Nurmagomedov]. If they were to create a 165-pound division, I think it would make a lot of sense to have Georges St-Pierre and Khabib be the first ones to fight for that title.”

Are you guys interested in watching the match-up between Georges and Khabib?