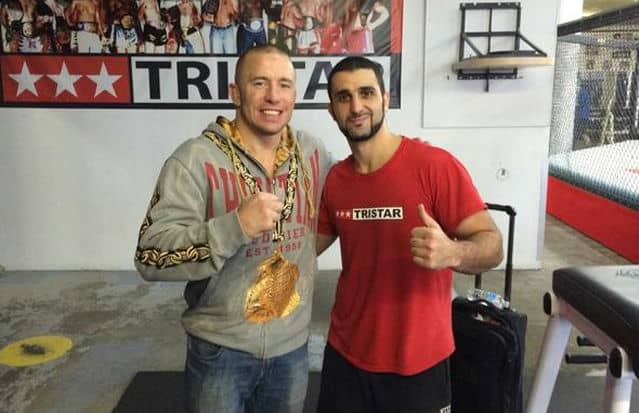 For all good measures, George St. Pierre has officially retired from mixed martial arts. He has even withdrawn from USADA testing pool, thus eliminating all possibilities of an unexpected short notice come back.

His coach Firas Zahabi is still among those people who believe he has still one or two fight left in him. And the reason Zahabi speaks with such certainty is because he stills sees St. Pierre training with the same intensity. His level of training is such that he can step in to fight anyone at short notice.

“All the time,” Zahabi told Joe Rogan recently when asked if St-Pierre still trains. “He’s a machine. Dude, I’m telling you, if Usman or Colby gets injured . . . I don’t want to talk for Georges but man, he can kill anybody. He can kill anybody this man. He’s the world’s greatest martial artist. He’s a monster. I was just training with him Saturday.

“He loves to train. Saturday he trained, he finished all his rounds, and then he coached some blue belts and purple belts, just kind of hanging out with them, talking technique. The guy loves this stuff.” 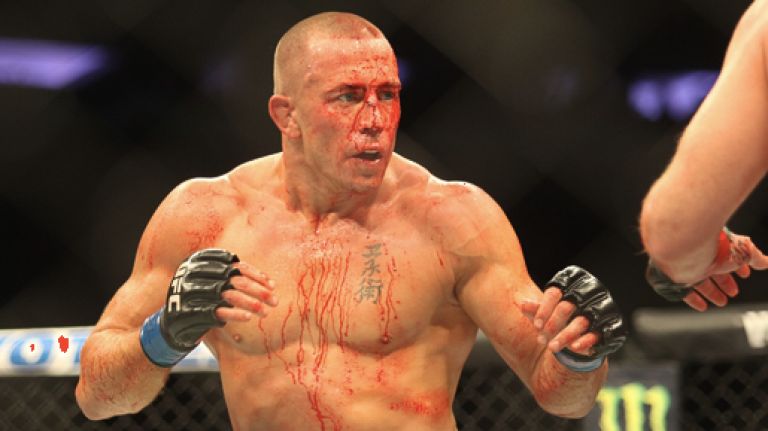 As George is out of the USADA pool, it wouldn’t be practically possible for him to step in at short notice for UFC 245. And fighting for the title wouldn’t be what interests him anymore. Since his return to the Octagon in 2017, he has reiterated the fact that he only wants legacy fights and not the regular stuff.

“It has to be, in my opinion – I don’t want to talk for him, but I think the thing that’s going to motivate him is a mega fight,” Zahabi said. “He doesn’t want to be champion again and fight every three-four months. That’s done. It’s not gonna happen no more. But one mega fight. Invite him back for a mega fight and see if you could entice him because he’s a competitor. He’s still training, he’s still ripped, shredded, fighting. He can do five rounds. Maybe he can’t do five rounds right away but he [only] needs a few weeks and then he’s doing five rounds. He’s close to being there. He can get in fight shape. He’s just a monster.”

Prior to his retirement, George had been rooting for a fight with Khabib Nurmagomedov. However, the UFC didn’t agree to it. Consequently, this was what led to his retirement from the sport. He even went ahead to declare that now even a fight a with Khabib wouldn’t bring him back. His coach still thinks that what took him out of the game is what will bring him back into it.

“165. Khabib,” Zahabi threw out as the fight to get St-Pierre back in the game.

Previous articleCowboy Cerrone’s first reaction after he learned that he will be fighting Conor McGregor!
Next articleUFC: Jorge Masvidal: Nick Diaz will want to avenge his ‘little brother’ and that pumps me up!