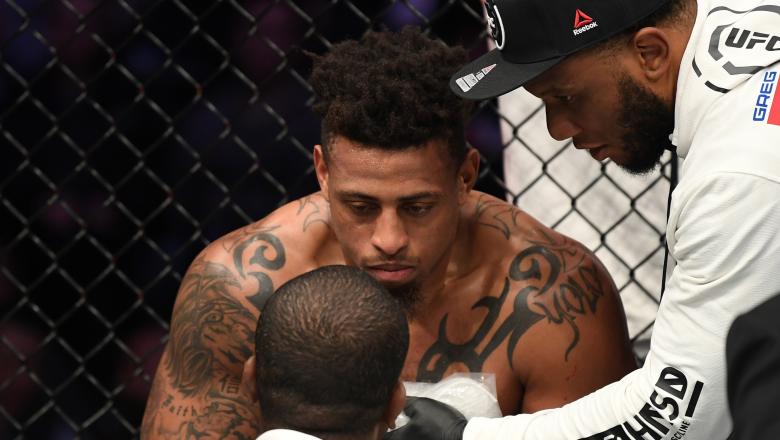 One of the UFC’s top heavyweight prospects has been the former professional American football player Greg Hardy. However, Hardy has come under some serious criticism lately for his past with domestic violence and many consider him to be an incredibly bad potential posterboy for the UFC’s heavyweight division. Many fighters have called him out for a fight because of his history with domestic violence. The latest to join the list is Juan Adams. Adams has been extremely critical of Hardy and the UFC matchmakers have pit them against each other for a fight at UFC on ESPN 4. 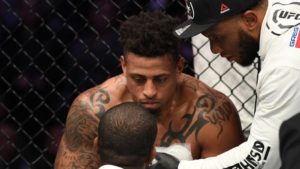 In a recent interview with MMA on SiriusXM, Adams revealed what his biggest problems with Hardy are and that he isn’t buying whatever Hardy is trying to sell. Here’s what he had to say:

The domestic violence issue is a big issue for me. Even if he was convicted of it, technically he is innocent but he has done nothing to make up for it. He has paid no dues. He is going around talking like he is a changed man. He has done nothing, no work with women’s services, none of that.

So he is talking the talk or trying to act like he has changed but his actions aren’t proving that. The other issue I have with him is that he got out of one sport because of his off the field issues, then he comes into another sport and does not follow the right path. If you look at his amateur career, he fought a guy who is 44, he fought a guy who is 42 and then fought a guy who is 37. Then for his pro-debut he beat a guy who had 4-1 record but who walked around at 240. Then his 3rd opponent was like 6 foot tall and walked around at 240, I mean that is not a real heavyweight…..He’s talking the talk or he’s trying to act like he’s changed, but his actions aren’t proving that.

"He’s talking the talk or he’s trying to act like he’s changed, but his actions aren’t proving that.” – @chosenjuan285 explains the issues he has with Greg Hardy’s second act #TLTS@lthomasnews pic.twitter.com/0zvxO79tdi