“After they’ve been hit so many times, it’s no wonder they are as sharp as a marble”. Yes, we all enjoy the jokes about dull-witted MMA fighters, especially when some prove a lack of intelligence with their silly comments to the media and journalists. The most obvious example of being mocked at are the Diaz Brothers who find it extremely challenging to properly convey their thoughts when interviewed.

Nevertheless, not all competitors fit this stereotype. Many of them come into the sport because of their martial arts background acquired yet as students. Therefore, it’s no wonder that many MMA fighters are highly educated and have a planned career future after retirement. Just check this list of five most intelligent MMA competitors, whose life stories are unbelievable:

As odd as it sounds, but apart from being a successful MMA fighter, Rosi Sexton is also a talented musician and a math nerd. Yet at school, she used to play cello and piano, and as a 17-year-girl already performed at Royal Albert Hall.

By the age of 23, she received her Master’s degree in Mathematical Logic, and then continued doctorate studies in Theoretical Computer Science.

Sexton is a proud owner of two black belts: one in Taekwondo, and the other one in Brazilian Jiu-Jitsu, which she was actually promoted to just a couple of years ago. According to Sexton, she joined the ranks of MMA fighters because she craved new dares, as music and maths simply were not challenging enough.

Sexton has been long retired from MMA, and now she is a licensed osteopath specializing in sports-related traumas and injuries. She is also a supporter of a Voluntary Anti-Doping Association and acts as a speaker of the SafeMMA organization. She even started a political career as a Green Party councillor. Looks like she simply can’t stay idle. 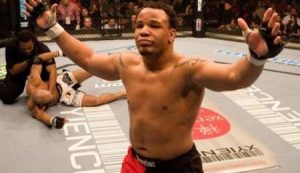 Terry Martin is another famous MMA fighter with quite a difficult life story. Originally from Chicago, Martin joined a local gang yet as a 10-year-old boy, and he was constantly dragged into fights since then. However, being nearly killed in a drive-by shooting at the age of 15 made him reconsider his priorities and shift his focus to studying.

Martin became the first in his family to finish high school and continued his education for a Bachelor of Psychology, and later for Master of Clinical Psychology. In fact, his desire to learn was so powerful that he is currently back to studies as a doctoral candidate.

Today, Martin sees his mission in inspiring other kids to choose studying over gang life. You can find him visiting Chicago schools and speaking to local children, urging them to continue education and stay away from the criminal future. 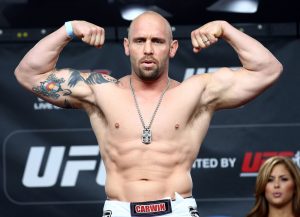 Shane Carwin’s mom wanted all of her three sons to be college-educated. It might be the reason why the famed MMA fighter received a Bachelor’s degree in Mechanical Engineering from the Colorado School of Mines. Actually, this is where he got his nickname “the Engineer” from.

In fact, Carwin holds not one college degree but two – he is also a Bachelor in Environmental Technology acquired in Western State College. Despite his two quite impressive educations, the Engineer believes that he belongs among his fellow fighters; he said farewell to the MMA octagon but continued as a boxer. 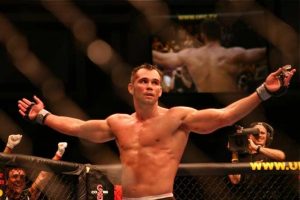 Rich Franklin came into MMA pretty late – when he was 25 – and there is a good explanation to it: he was busy grinding away for his Bachelor’s degree in Mathematics and his Master’s degree in Education.  Before joining the MMA Federation, he even worked as a teacher of Maths at the Oak Hills High School.

All this helped him make a valuable contribution to society, while his title as a UFC middleweight champion brought him fame throughout the US. And although he doesn’t have specialized MMA college training, Franklin is known for his style resembling that of some old-school MMA fighters. 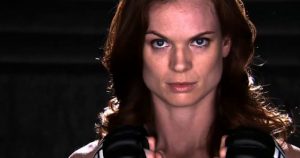 After ending her career as an MMA fighter, Peggy Morgan has been incredibly busy. She’s been raising her son, playing the cello, and working as a university adjunct professor at Southern New Hampshire University. No wonder, that her Instagram posts are so witty, articulate, and fun.

Somebody has even offered her a job: “Beautiful, smart, and tough. She can knock you out and write a bestseller about it. In case you’ll need a job in the future, our team of professional college essay writers will be lucky to have you.”

In fact, she proved to be a quite good educator and passed her love for literature to her son. A kid who prefers books over TV-shows? You did an excellent job, Peggy!

These are just five examples of the brainiest MMA fighters and you can easily add no less than another ten to this list. Unlike popular public opinion, mixed martial arts are not out of tune with education and learning. Moreover, becoming a prominent fighter requires a lot of discipline, persistence, and commitment, which are often developed during years of studying. It seems that the jokes about MMA fighters being dumb as a stone have little truth after all.