Five reasons to watch Brave’s debut in the Philippines 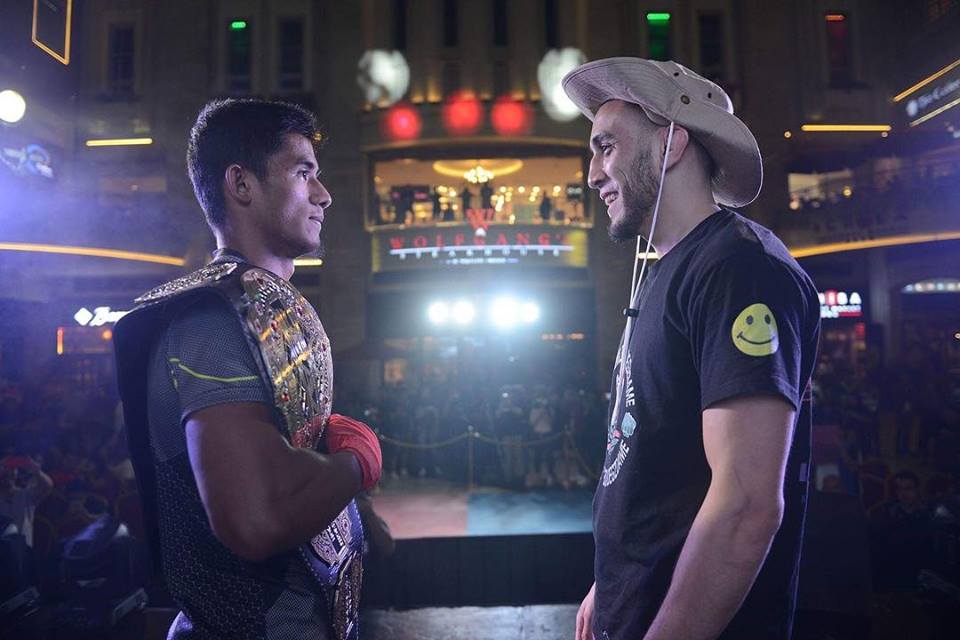 Brave Combat Federation will start off 2019 with a bang. The promotion will land for the first time in the Philippines for Brave 22: Storm of Warriors, this Friday, at the iconic Mall of Asia Arena. In the main event, local hero and Bantamweight champion Stephen Loman goes for his third straight title defense against former Featherweight titleholder Elias Boudegzdame. The co-headliner will witness a collision of Lightweight prospects as SBG Ireland’s Cian Cowley looks for win number three against New Zealand’s John Brewin.
But there is much more than that on tap for the fans. The Filipino contingent at Brave will finally be at the forefront of the promotion, as well as possible history-making moments in line for the show.
Below, we list five reasons why Brave 22: Storm of Warriors is a must-watch for fight fans around the world.
– History in the making
No matter who takes home the win in the main event, history will be made at Brave 22. Bantamweight champion Stephen Loman looks to extend his legacy as the promotion’s most dominant champion with an unprecedented third title defense. In his way is a man who can also make history. If victorious on Friday night, Elias Boudegzdame will become the first and only fighter to have been a Brave world champion in two separate weight classes.
The fight itself is intriguing in many aspects. The challenger, nicknamed “Smile”, is a submission machine and loves to play guard and attack triangle chokes. His opponent, “The Sniper”, is one of the best wrestlers in the division, and has heavy and quick hands. Who will prevail in this clash of styles? 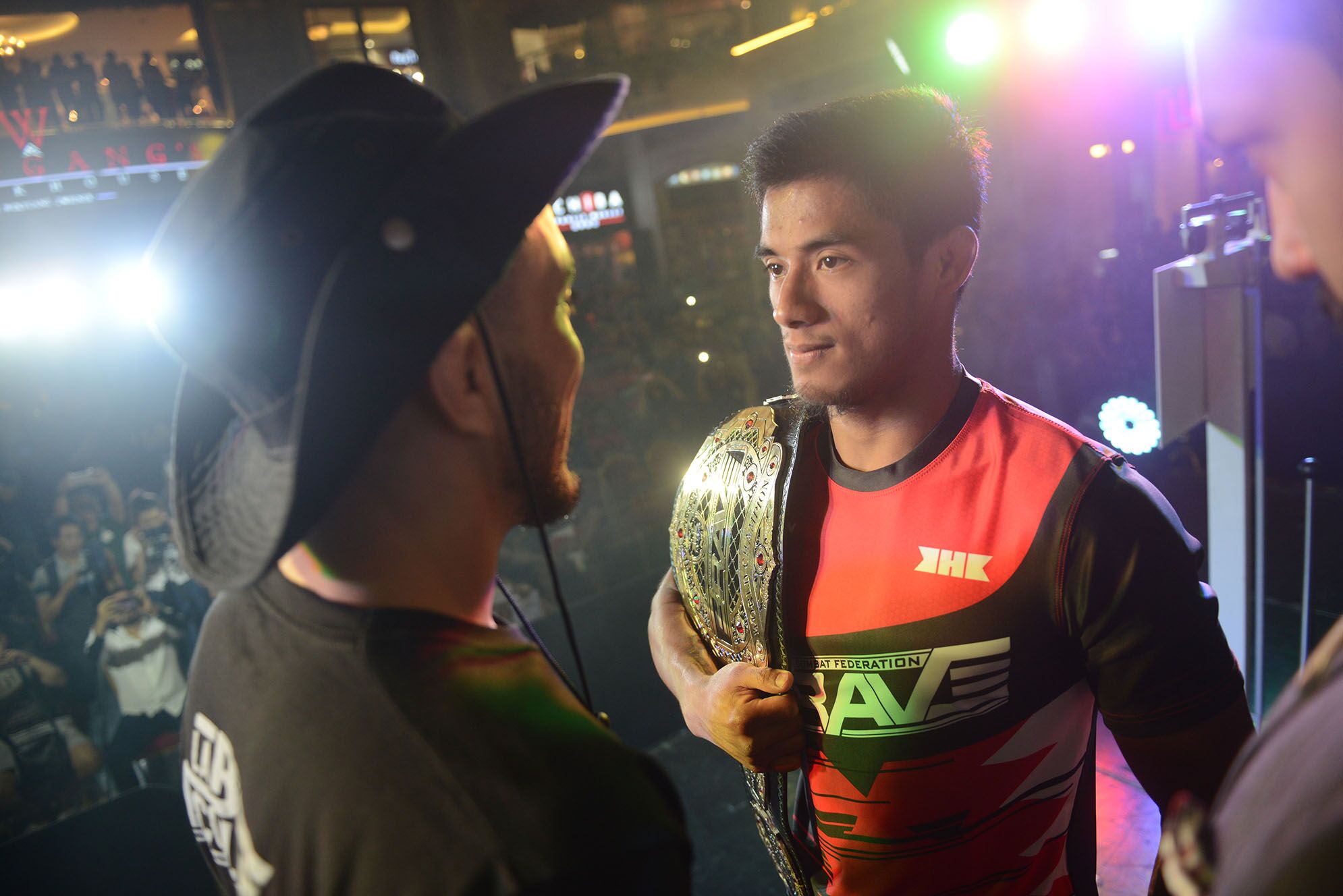 – Lightweight division on notice
While Brave CF has announced a Lightweight title fight for Brave 23 (as champion Abdul-Kareem Al-Selwady defends his crown against Luan Santiago), the whole division will tune in to watch Cian Cowley x John Brewin.
Two of the sport’s most coveted prospects, Cowley and Brewin will face off with a title shot in mind for the immediate future. They are both technical strikers, with the Irishman coming from a muay thai background, while the Kiwi fighter has fast and heavy hands and relies on his boxing.
Even though they’re still climbing up the Lightweight ladder, the winner of this fight will be a lot closer to an eventual shot at the title. 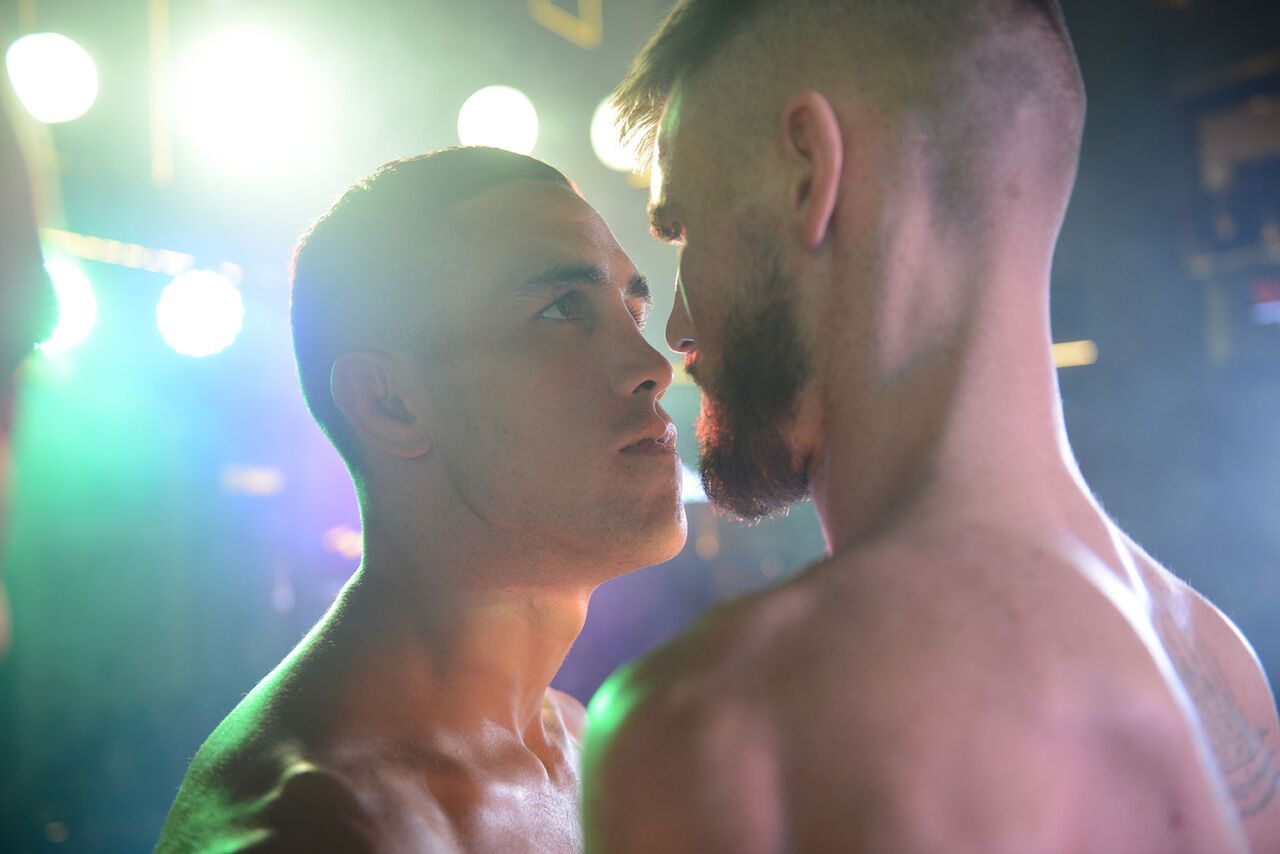 – Young journeyman’s homecoming
Jeremy Pacatiw might be only 22 years old, but the Filipino fighter has traveled extensively for Brave Combat Federation. The Bantamweight, who takes on Marc Alcoba in the main card, has represented the Philippines in countries as diverse as Brazil, Morocco, and Pakistan.
He will finally make his home debut for Brave and will take on a fellow Filipino in Alcoba. Pacatiw has been gearing up for a run at the top of the Bantamweight mountain, currently resided solely by his teammate Stephen Loman. If he beats Alcoba, it will be the third straight win for “The Juggernaut” and he will instantly be near the top of the heat. Could a teammate x teammate title bout be on the horizon? 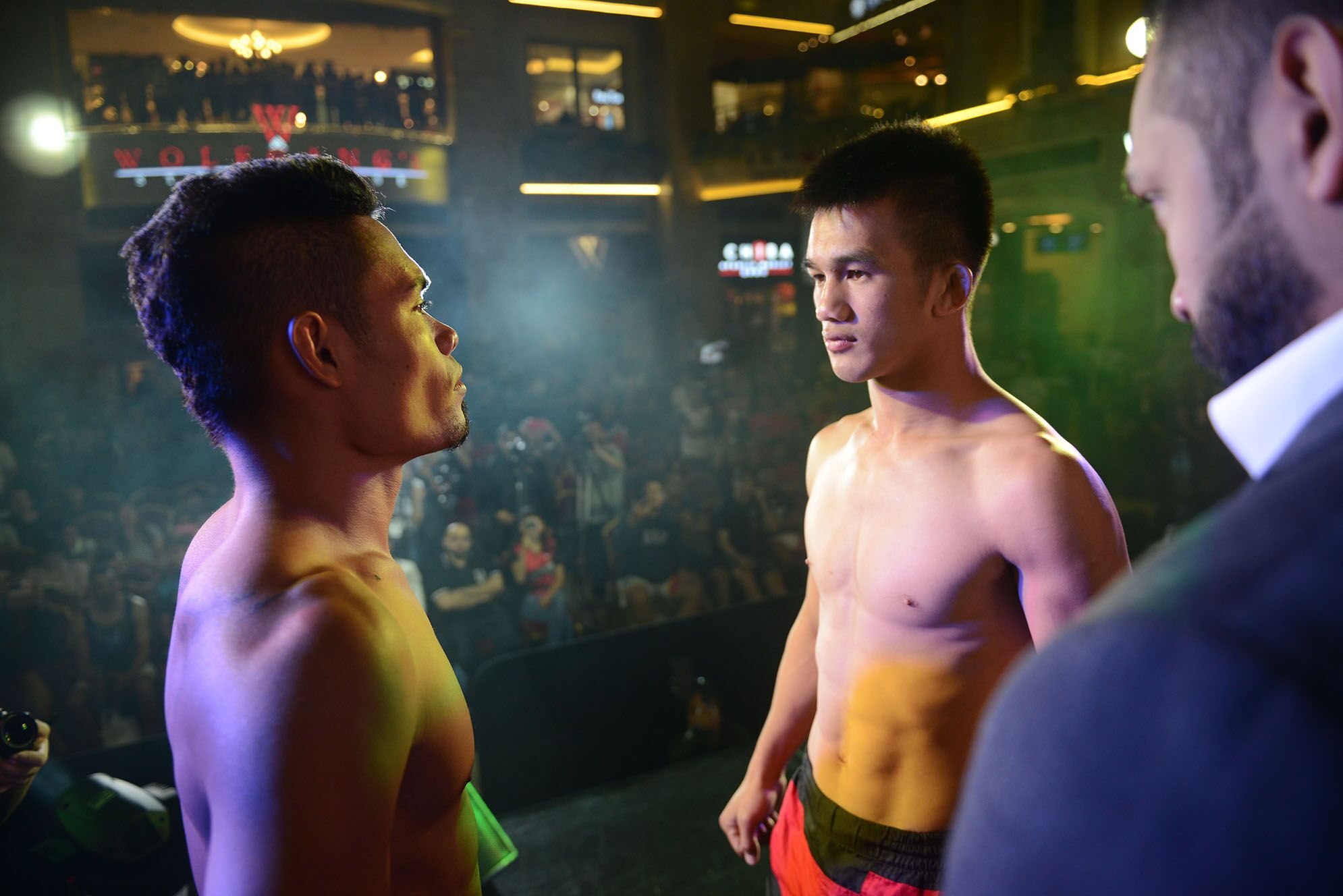 – Pakistan x Philippines
In one of Brave 22’s most anticipated fights, Pakistan’s Mehmosh Raza returns against tough veteran Rolando Dy. Raza, of course, is the owner of an interesting Brave record: fastest submission, recorded on his promotional debut back at Brave 17.
Dy has fought all over the world and is happy to be back home for Brave 22, but he will have to rely on his pressure stand-up game as well as his defensive wrestling to make sure the crowd erupts in his favor at the end of the fight. 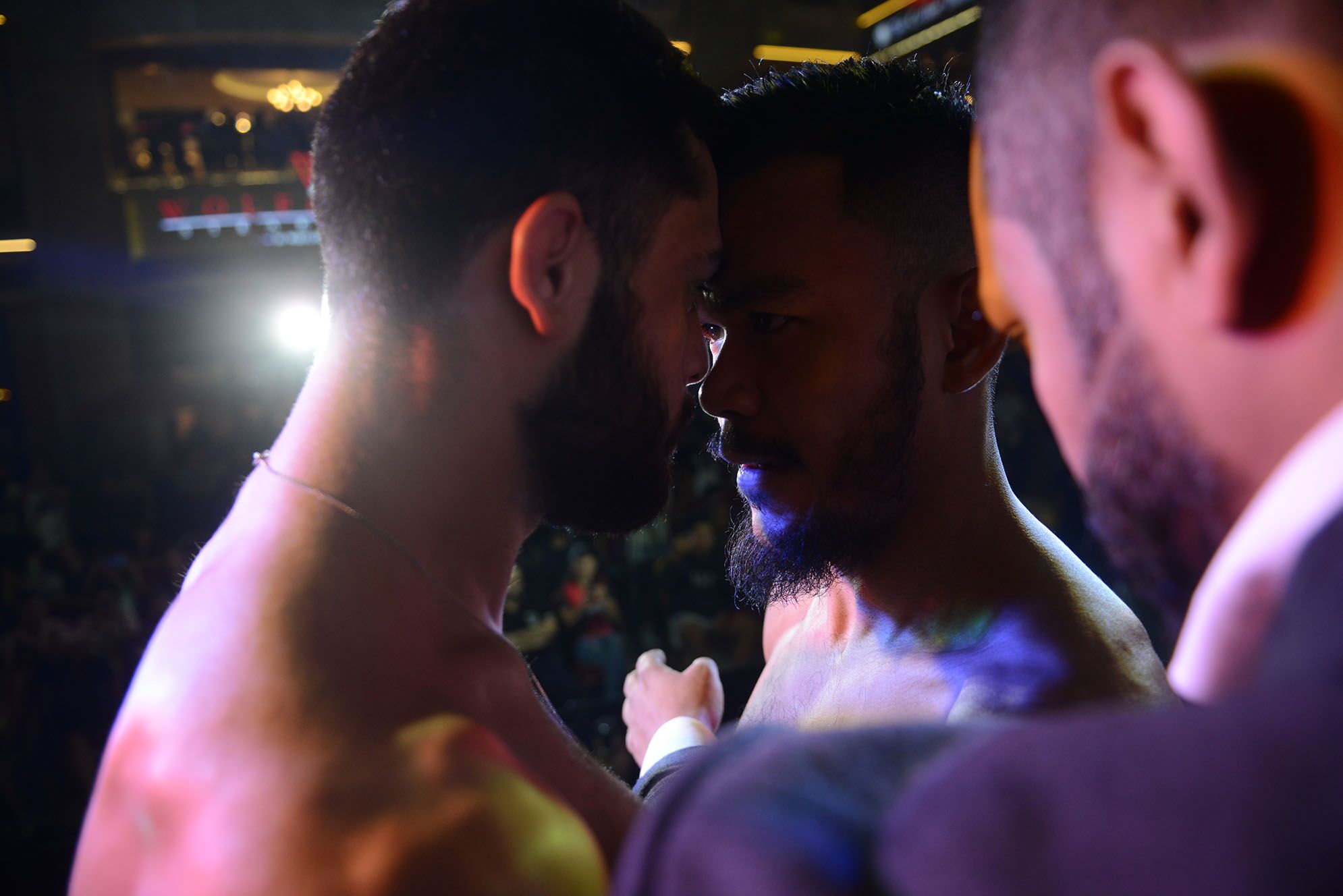 – Filipino invasion
Whenever Brave organizes an event in a country, the idea is always to mix international fighters with local talent. This has been proven once again, as Brave 22 will feature 11 Filipino warriors facing off against Indian, Bahraini, Finnish, Pakistani, and French fighters.
Brave 22 provides a truly global platform for the best talent in the country to rise and be seen by a worldwide audience. It will finally be time for the Filipino roster at Brave to be seen as protagonists instead of a mere supporting act. It is an opportunity that these warriors are sure to embrace.