Five things we learnt from Brave 5: Go For Glory 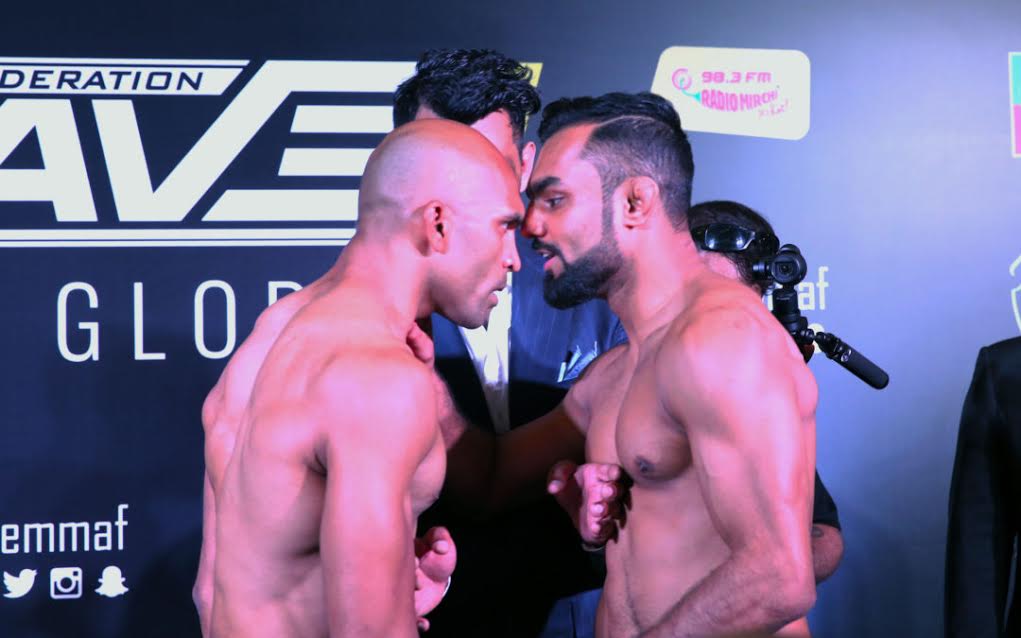 Brave 5 is officially in the history books. It was the first event of such magnitude to go down in India, and the fans witnessed some excellent fights. The atmosphere inside The Dome was electric, and the fans were eager to see what would happen inside the cage.

The night started rather eventfully. Hardeep Rai quickly finished his opponent with an arm bar, but the biggest shocker of the night came afterwards. Bharat Khandare, who was the standout fighter in the SFL years ago, returned to the fight game after a gap of four years. Khandare had spent considerable amount of time training in world class gyms, and hence, a lot was expected from the bantamweight.

Khandare faced Ahmed Fares, a submission specialist from Egypt. Khandare tried closing the distance in the early going, but Fares stayed patient, and once Bharat went for the single leg takedown, Fares was able to trap him in the triangle choke! Fares then locked in a rare double submission, trapping Khandare in an arm bar. Bharat had no choice but to tap, giving Fares the victory.

While much of the promotion and fanfare surrounded Abdul Muneer and Gurdarshan Mangat, Mohammad Farhad put in a clinical performance. Farhad faced a veteran in Irfan Khan, with Irfan quickly realising the importance of keeping his distance. Irfan started cautiously, keeping Farhad outside the striking distance with leg kicks.

However, once Farhad managed to close the distance, he managed to tag Irfan with an overhand right, sending him crashing to the mat. Farhad then pounced on his opponent, and rained down with punches. The referee stepped in, stopping the fight in the opening minutes of the first round! This gave Farhad his ninth victory in his professional career, while notching up his sixth consecutive victory.

One of the more intriguing match ups on the card was between Mumbai’s Chaitanya Gavali, and Philippines’ Jeremy Pacatiw. Jeremy is known for his stand up game, while Chaitanya relies heavily on his wrestling, and his ability to overwhelm his opponents with pressure. Gavali immediately took Jeremy down, and worked on him in the first round.

Jeremy came back strongly in the second round of the fight, nearly stopping Chaitanya with heavy ground and pound. In the dying seconds, Jeremy nearly finished Chaitanya with a submission attempt, but Gavali managed to hang on.

The third round was a start – stop affair, with both men creating distance, and ensuring that they did not make a mistake. While Chaitanya ended the round strong, it was Jeremy that made more damage with his jabs, and eventually won the fight via split decision.

A relationship born out of competitive spirit and mutual admiration 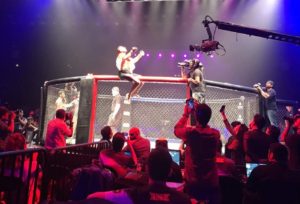 The most hyped fight on the card was between Gurdarshan ‘Gary’ Mangat and Abdul Muneer. While the hoopla surrounding the fight made it an enticing affair, all the talk and accusations meant nothing when Mangat and Muneer stepped inside the cage. Once the cage door was locked, both men showcased tremendous heart and resilience, trying to one up each other.

While Gary was excellent in his transitions and guard positions, Muneer never gave up. Both men left everything they had inside the cage, and in the end, it was Gary that got his hand raised. However, both the fighters displayed what the sport is truly about, embracing each other, and praising each other’s grit and talent.

While the tensions between the two subsided, it led to mutual admiration – a bond that was born out of competitive spirit and the mentality to be the best.

In the main event, England’s knockout artist, Carl Booth faced Tahar Hadbi in a welterweight showdown. Both men traded in the clinches, and the control swung back and forth. The two fighters prepared themselves to go the distance, but confusion ensued after the third round.

While the fight was originally scheduled to be a five round affair, it had to be stopped after the conclusion of the third round, due to the event going over the air time allotted. This resulted in Booth picking up a unanimous decision victory, but neither fighter was happy with the outcome.

It was earlier reported by MMAIndia.com that the regulatory body for the event, AIMMAF is currently reviewing the circumstances under which the fight was stopped. An official decision will be made in the coming days, and if the decision is overturned, it will likely lead to a rematch between the two. 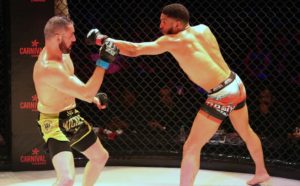