Five UFC fighters who can win the world title in 2018

As the credits begin to roll to close out 2017, we bid goodbye to yet another groundbreaking year in the sport of mixed martial arts. From Conor McGregor doing the unthinkable by boxing Floyd Mayweather Jr., to the emergence of new champions, we’ve seen the sport grow by leaps and bounds.

2017 also provided the ardent combat sports fans with mouth-watering bouts, catering to the more primitive side of ours. From the war between Justin Gaethje and Eddie Alvarez to the brutal knockouts, we witnessed moments that, whilst can be captured through the strokes of a brush on a canvas, will continue to linger in the minds of those who witnessed them.

Saying that, new challengers have cropped up this year, and a few old – timers have also risen from the ashes. As we get closer to step into 2018, there are a few warriors who have gone ahead of the pack. These are the fighters that can truly dream about winning championship gold within the next 12 months.

We take a closer look at the five UFC fighters, who can win the world title in their respective weight classes in 2018. 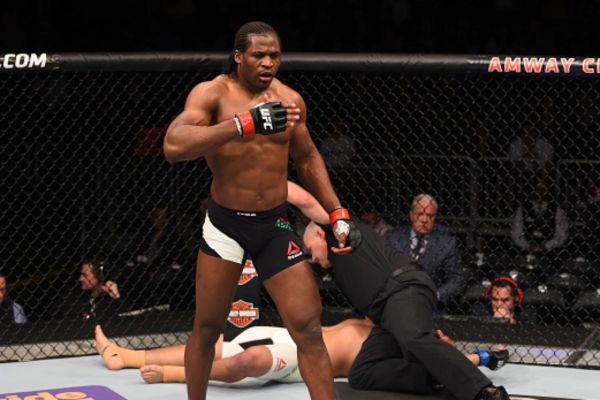 For the longest time, the heavyweight division has been clamouring for some fresh blood. With the likes of Werdum, Velasquez and dos Santos holding the division by the scruff of its neck, the fans wanted to see someone new step up, and pry the title away from the old guard.

Stipe Miocic might be a stoic personality, but once the cage door slams shut, he is as technical and abrasive as you’d expect from a champion. The Ohio native dethroned Werdum in his own backyard, but he now faces a phenomenon who has a grenade for a fist.

Francis Ngannou is an anomaly. There have been instances in the past where fighters faced untested prospects, and derailed their hype train. However, Ngannou is every bit as dangerous, and during his first stern test, the number one contender proved why he is considered by many to be a future champion.

Technically, the fight between Stipe and Ngannou is intriguing, with Stipe’s crisp boxing and his wrestling abilities often providing him with the foundation necessary to build his fights on. However, Francis has the touch of death, and packs more power than anyone has experienced so far in the heavyweight division. We may very well crown a new UFC Heavyweight Champion in the first quarter of 2018! 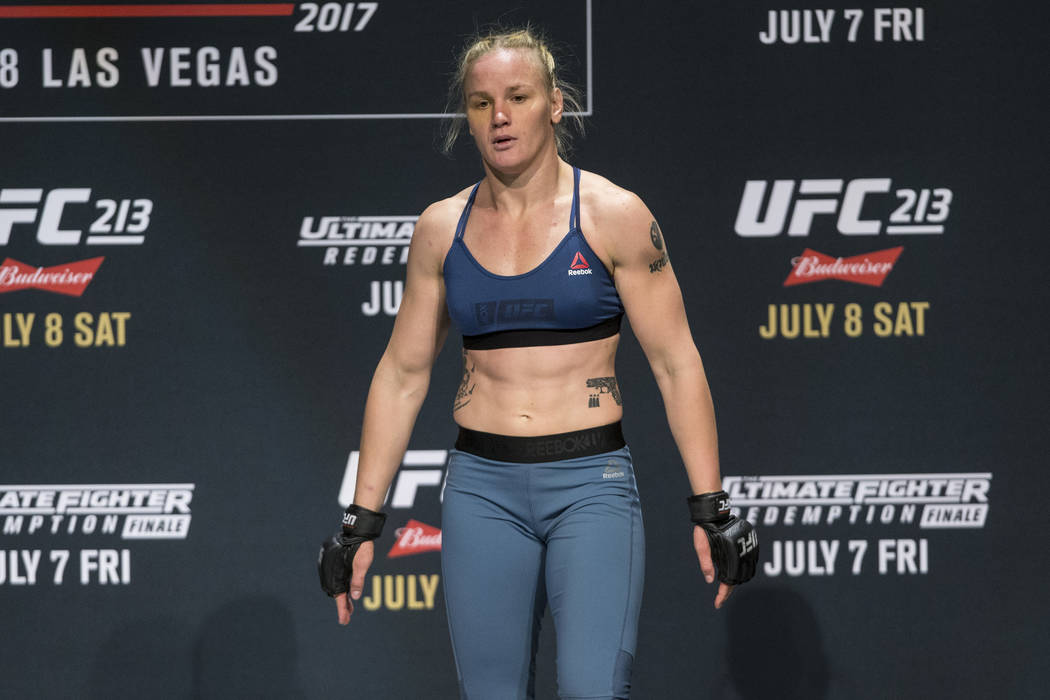 Valentina came close to getting her hands on the UFC Women’s Bantamweight title, only for Nunes to edge her out on the cards. As things stand, it might be a while before “Bullet” gets another crack at the championship gold.

Instead, Shevchenko has expressed her desire to move down a weight class, and compete in the newly created flyweight division. Not only will it give the division the star power it so desperately needs, but it would put Valentina on the fast lane to get a title shot.

Shevchenko is a former Muay Thai and kickboxing world champion, and as things stand, it would be easier for the former title challenger to get a crack at the UFC Women’s Flyweight Championship. Expect Valentina to have the title wrapped around her waist before the end of 2018. 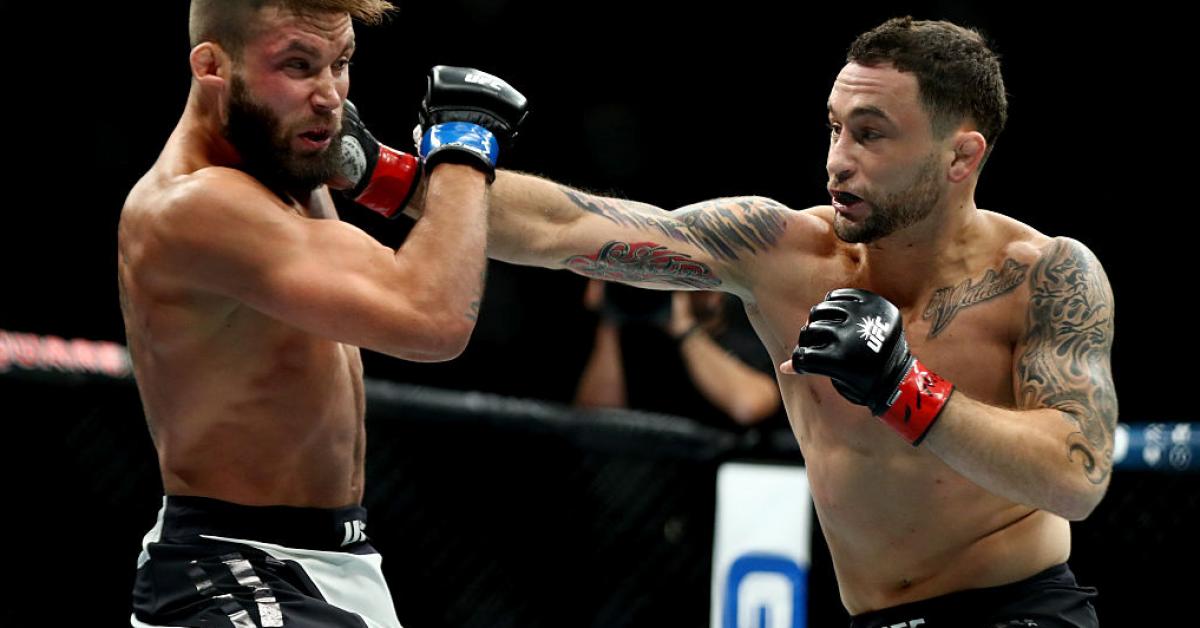 Frankie is a bona fide legend of the sport. The former UFC Lightweight Champion has been involved in wars throughout his career, and his technique places him among the elites of the industry. Edgar was supposed to fight Max Holloway for the featherweight strap at UFC 218, but an injury he suffered during his training camp forced him to pull out of the fight.

However, with Holloway beating Aldo at UFC 218, and Cub Swanson losing to Ortega earlier this month, Frankie once again finds himself ahead of the pack. Edgar ended his 3 fight skid with five consecutive victories, which included wins over the legendary B. J. Penn, Chad Mendes, Urijah Faber and Cub Swanson.

Dana White has already made it clear that Edgar will fight Holloway next, and there is a good chance Frankie will join the elusive list of fighters winning the world title in two different weight classes.

If there is one man walking with a bullseye on his back in the UFC, it has to be Colby Covington. In fact, if we had a “The best heel of 2017” poll, Covington would sweep the votes, and would win by a landslide! The welterweight contender has embraced his heel persona, and while not everyone appreciates his villainous antics, the fact that he has notched up some impressive victories cannot be ignored.

Coming off a major win over Demian Maia, Colby is arguably one more fight away from fighting for the title. With Woodley undergoing surgery recently, there is a good possibility that Covington would be fighting Woodley for the title in the second half of 2018, provided he gets through whoever stands in front of him next.

The brash welterweight certainly has no confidence issues, and could end up as the UFC Welterweight Champion next year. 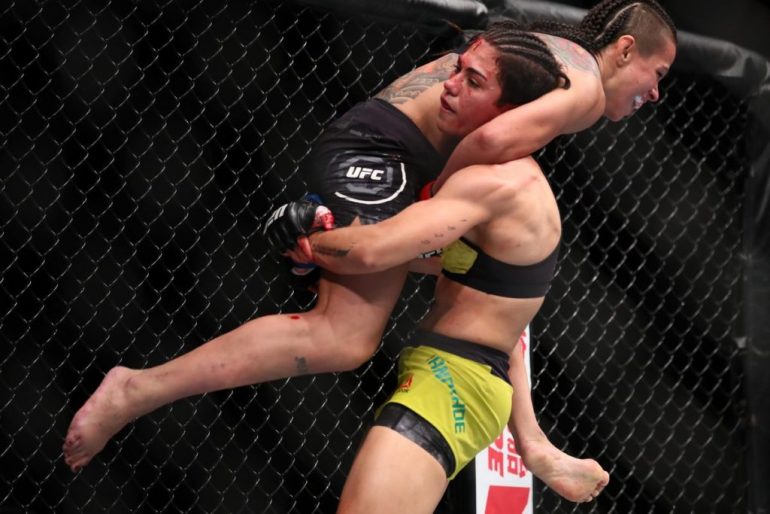 The Brazilian had her chance against Joanna, but the then UFC Strawweight Champion proved too dominant for the Brazilian to overcome. While Jessica lost the fight by unanimous decision, the landscape has quickly changed in the women’s 115 lbs division.

With Rose Namajunas dethroning Joanna, Andrade would fancy her chances of getting another crack at the title going into 2018. Known for her aggressiveness, and being arguably the hardest puncher in the division, Jessica is a tough matchup for anyone in the weight class.

Andrade is scheduled to face Karolina in February, with a win almost guaranteeing her another shot at the title. One has to believe that Jessica Andrade will not let another opportunity go, if she gets to compete for the championship gold.