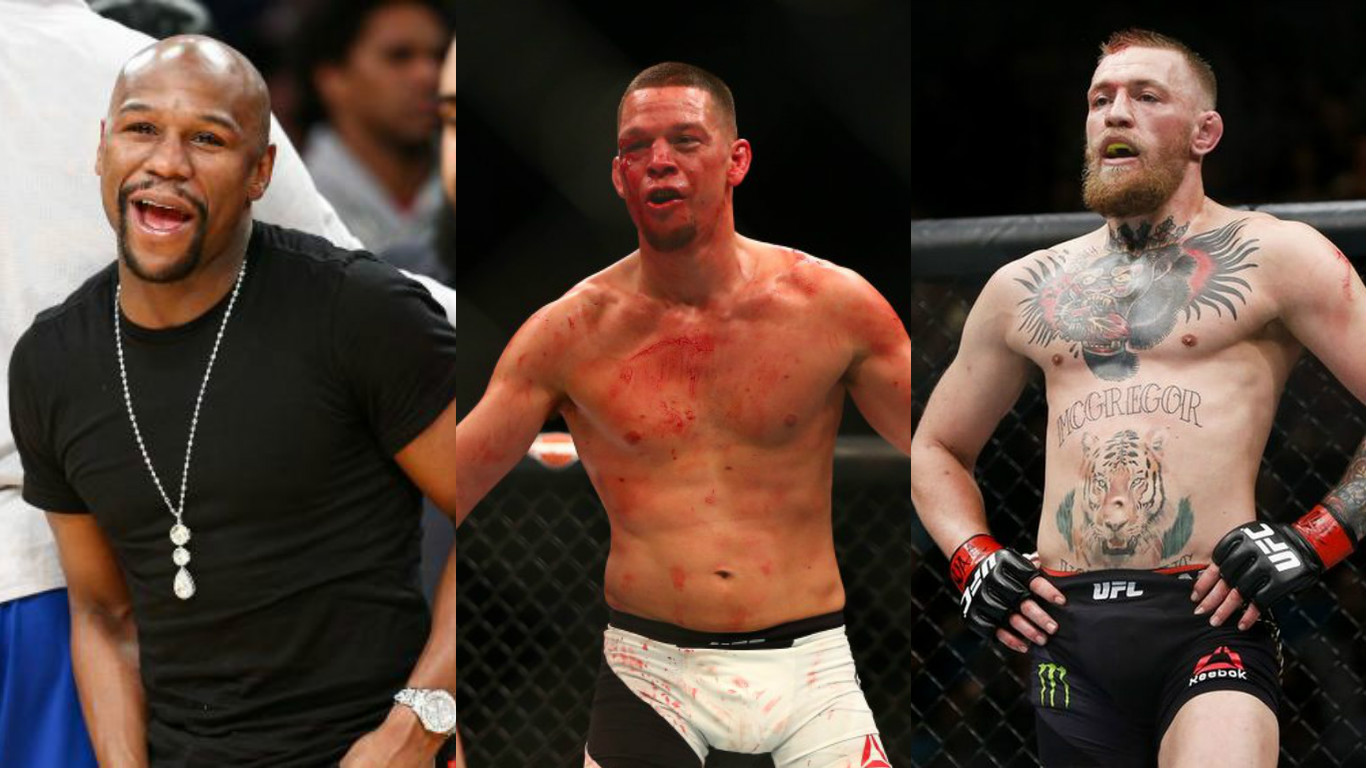 Floyd Mayweather, Conor McGregor, and Nate Diaz engaged in an entertaining social media war last day. Mayweather, who has been teasing a move to MMA for quite some time now, started the whole thing through his twitter handle.

Mayweather posted a photoshopped picture him elbowing McGregor with the caption ‘Certified Killa vs. Certified Bitch’ as you can see below.

McGregor, who is not known to back down easily bounced back quickly and posted a photo of him delivering a ‘real elbow’ to Nate Diaz.

A real elbow in a real fight. pic.twitter.com/9kZ7Opw8Zl

The choice of picture from McGregor, however, didn’t prove to be a good one as it brought Nate into the picture. The Stockton native also got into the scene with a jab of his own. While his counterparts posted pictures on Twitter, Nate went on to his response on Instagram as seen below.

Although the social media war seems far from over, it would be interesting to see where these three fighters would go from this point. There have been no updates from McGregor and Mayweather regarding their next fights when Nate has expressed his desire to get back into the cage by May or June.