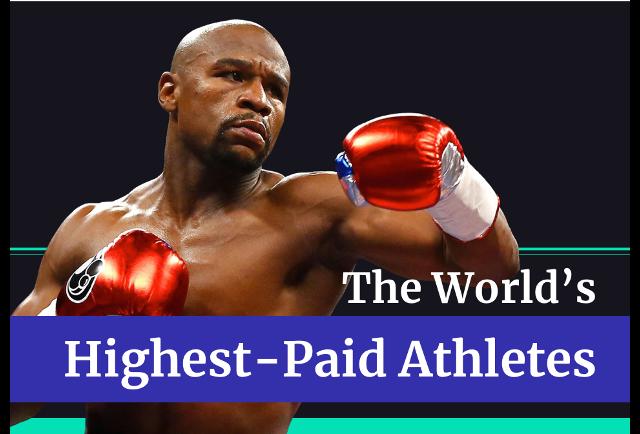 Floyd Mayweather isn’t called “Money” for no reason, He became the highest paid athlete in the world for the 4th time in seven years as per Forbes. Footballers Lionel Messi of Barcelona and Real Madrid’s Cristiano Ronaldo came second and third respectively. Mayweather earnt $275m from his fight against UFC star Conor McGregor last August and supplemented his annual income with $10m in endorsements, Forbes reports.

McGregor came in at No. 4, his status skyrocketed after making the Forbes list last year at No. 24 with estimated earnings at $34 million. 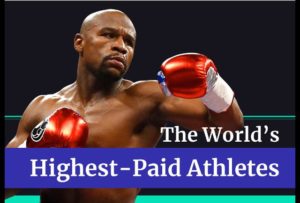 As far as other combat sports athletes, Saul ‘Canelo’ Alvarez was the second highest ranked boxer at No. 15 with $44.5 million earned after he engaged in a highly publicized event against Gennady ‘GGG’ Golovkin last year.

Heavyweight champion boxer Anthony Joshua also jumped up the list to No. 25 after earning a reported $39 million last year.

The Forbes data reveals that the 100 highest-paid athletes earned a collective $3.8bn (£2.84bn) during the past 12 months – that’s a 23% increase from the previous year.

In the top 100 list, the NFL had 18 athletes, 14 were baseball players and nine were footballers. Five golfers, four boxers, and four tennis players also made the list.